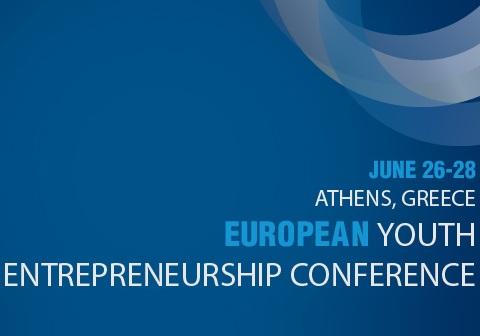 On June 26th till June 28th the Young Entrepreneurs of Europe will be gathering in Athens to connect and discuss how they can work together and collaborate with other stakeholders in the direction of “Overcoming the Fragmentation Barrier and Creating the European Entrepreneurial Identity”. The first and third day of the conference will be held at Innovathens and the second day (Friday 27 June) at Orange Grove.

This will be the first of a series of events under the title “European Youth Entrepreneurship Conference” that will be taking place on a biannual basis at the EU Member State holding the rotating Presidency of the Council of the European Union. The European Youth Entrepreneurship Conference is a new institution created by YES for Europe to help young entrepreneurs from all around Europe network, exchange ideas and best practices and make their concerns and policy suggestions heard, especially towards the European Union leadership.

In addition to an impressive line-up of keynote speakers from Europe, US, Latin America, the Middle East and Africa, the Leadership Assembly of the European Confederation of Young Entrepreneurs will bring together European youth entrepreneurship leaders and publish the “Declaration of Athens” ― a call to action for European young entrepreneurs to promote high growth and innovative entrepreneurship to drive sustainable quality jobs creation and generation of economic surplus.

Last but not least, during the 1st European Youth Entrepreneurship Conference the Greek Startup Manifesto will be unveiled in the presence of European Commissioner Neelie Kroes and a high level Greek government representative. The Greek startup Manifesto deals with the actions and policy changes needed to create an environment that enables innovative entrepreneurship in Greece. We strongly believe that start-up entrepreneurship can take-off all around Europe, including in the most crisis-stricken areas, and change the dynamics of the European economy.

You can register at: http://youthentrepreneurship.eu.