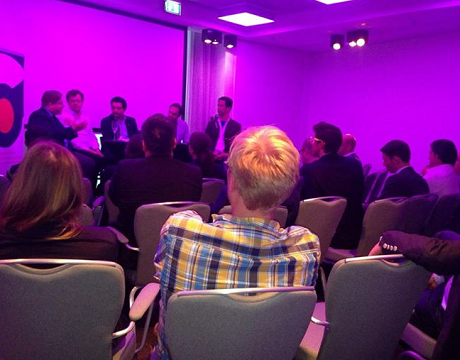 CAPITALS Business Circle hosted another meeting in Berlin about entrepreneurship, with this time the future and perspectives of crowdfunding in Europe being the topic of discussion.

Seedrs is one of the leading plattforms in UK, Sembid one of the main platforms from Netherlands and Fundedbyme is a Swedish company with presence in 8 european countries. Ikosom is a leading German Institute analysing the sector.

The CBC meeting functioned as sum up of an international conference on crowdfunding, which took place those days in Berlin. By coincidence the same day took place the world record regarding the funds raised from a crowdfunding platform by a Hamburg based company.

All of the speakers agreed – despite slightly different approaches due to different business framework and culture of the countries they’re coming from – that crowdfunding and crowdinvesting have a great perspectives and great potential in Europe.

They pointed out that Europe will see in the near future more platforms coming out and more campaigns not only by startups but also by SMEs gradually. At the same time all agreed that the amounts that are going to be raised in the future will be higher and the interest will grow.

On the concerns hand, speakers stressed out that there still are problems to be solved, such as the legal framework, which is not clear in all details and is not the same in all EU countries. Although EU Commission stands in favour of the development of crowdfunding sector, the panelists seemed afraid that the sector will be more regulated in the future especially in some specific countries.

According to the organisors, the event attended crowdinvesting companies from Germany and Europe, also the President of the European Association of Crowdfunding, high level managers from Venture Capitals and Banks, Business Angels, Private Investors, SMEs, Startups, Chambers of Commerce, Representatives of Business Associations and Economic Diplomats.

Till Ohrmann, European Pirate Summit: “Events Market in Europe Is a Huge and Interesting Opportunity, although It’s too Big Already” (video interview)