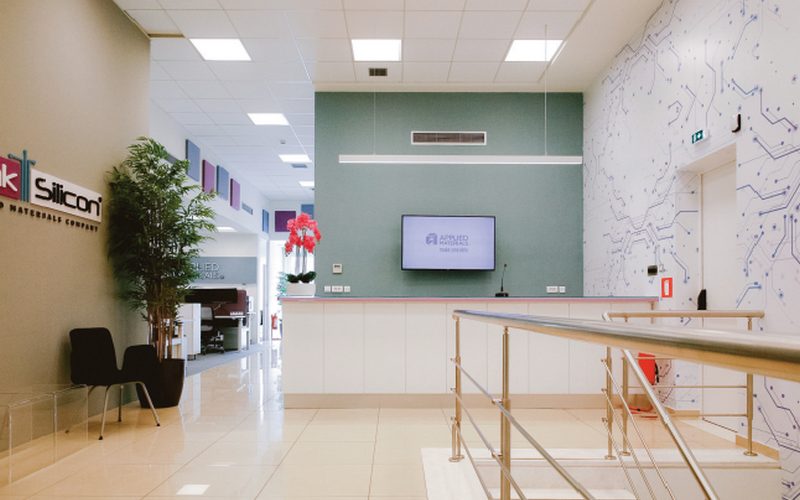 The Greek company continues, after its acquisition by the American Applied Materials, to grow and innovate bringing a “wave” of investments and recruitments to our country.

A course of growth that goes far beyond the data of our country and the “silos” that often exist around innovative entrepreneurship is followed by Think Sillicon, which since 2020 is a member of the group of the American company Applied Materials.

Startup, founded in 2007 in Patras by Georgios Sidiropoulos and Iakovos Stamoulis with the vision to create top technology for the global market, has now become a member of a multinational company and has not only realized this initial vision, but continues to innovate now on a new, larger basis.

With headquarters in Patras and branches in Athens, Thessaloniki, Toronto (HQ North America), Austin, Texas, Cologne, Germany, and Taipei, Taiwan, the company, which specializes in the design of high-performance and very low energy consumption of Graphics Processing Units (GPUs), serves customers all over the world and has managed to enable high-quality graphics to any battery-operated device.

It is characteristic that consumers can now go to a store and buy a desktop phone or a coffee machine that incorporates Think Silicon technology! Also, recently the company expanded to the design of Very Low Power-Powered Machine Learning Processors (DLPs).

Technology made in Greece!

More generally, since last year when it joined Applied Materials, a global leader in materials and equipment technology for the production of almost every new integrated circuit (chip) and advanced display in the world, the Greek company has further accelerated its growth trajectory, while at the same time it has managed to catch the attention of an international giant to Greece, in which it has been investing steadily ever since.

In this context, in May Think Silicon inaugurated its new facilities in Greece and specifically in Metamorfosi, which are the first and only design center for Applied Materials semiconductors in Europe. The company’s goal is for these facilities to become the main design center of this technology in Europe, while in the general plans of Think Silicon is the “conquest” of the market of Artificial Intelligence in the same way that it conquered the market of graphics processors of very low energy consumption.

The above will be achieved, among others, by expanding the company’s team in Greece.
Think Silicon has always invested in talent and human resources and says that “everything it has achieved over the years as well as its future goals could not and cannot be realized without its talented engineers”. In the last year, explains the team, a significant percentage of the company’s employees have been staffed by engineers with extensive professional experience abroad who wanted because of our subject to contribute to the further development of the company but also to the promotion of Greece on the global map of technology.

The aim is to connect academy and industry

For the future, Think Silicon’s growth plans are ambitious, and the company’s forecasts indicate that by 2022 it will have tripled its number of employees. The first step in this direction is its collaboration with the Aristotle University of Thessaloniki and assistant professor Georgios Keramidas.

The aim of this partnership is to build a research hub through funded doctoral and postgraduate programs, which will focus on hardware and software design for machine learning accelerators.

Consequently, our engineers come into contact with world-class customers and international organizations, participating at the same time in the definition and architecture of the product,” explains the company, that  concludes, that connecting industry with academia is the best way to drive innovation and development in the field of technology.