The "Athena" Research Center chose the International Day of Women and Girls in Science to inaugurate a new Unit for the promotion of women's research, innovation and entrepreneurship issues in Greece 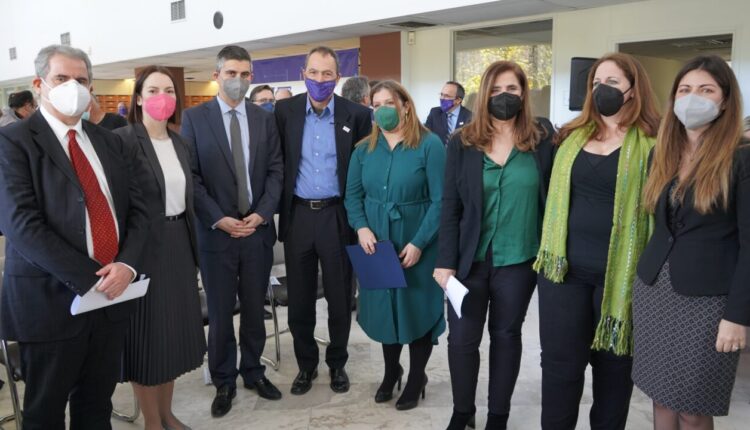 This new Unit will implement the strategies and activities of the “Innovation Center for Women” (#GIL4W). The #GIL4W (Greek Innovation Lab for Women) was created on the initiative of the Deputy Minister for Demography, Family and Gender Equality, Maria Syrengela, to support and promote the issues of research, innovation and entrepreneurship of women in Greece.

The “Innovation Center for Women” is a partnership of 20 bodies, Ministries, Research Centers, Academic Institutions, Chambers and the private sector. In collaboration with the Ministry of Development and Investments and the Deputy Minister Christos Dimas and under the auspices of the General Secretariat for Research and Innovation, the distinct Unit in the “Athena” Research Center has as its mission the support and realization of the objectives and strategies of the partnership nationwide. 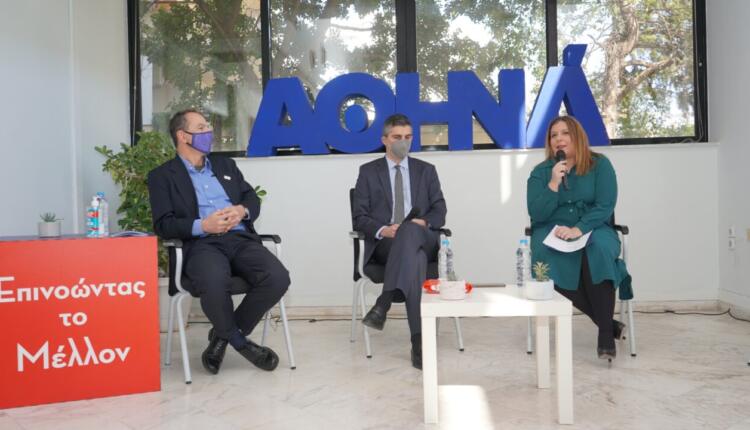 Through a comprehensive Action Plan created by all the members of the partnership, a series of interventions will be implemented that will help women in Greece to take advantage of the opportunities created by the 4th Industrial Revolution. Among the main actions of the “Innovation Center for Women” will be the strengthening of STEM fields in education, in order to give young girls the opportunities to choose professions related to the new highly specialized fields, such as Artificial Intelligence or Bio-technology, as well as the emergence of funding opportunities for business plans of Greek women who innovate.

Its operating model will also be based on examples and good practices from countries with a tradition of female innovation and entrepreneurship, such as Norway and for this purpose international partnerships have already been established with bodies such as the ECWT- European Centre for Women and Technology.

During the relevant event at the premises of the “Athena” Research Center, the Deputy Minister of Labour and Social Affairs Maria Syrengela, on the occasion of the opening of the new Unit for the purposes of the Centre, as well as the International Day of Women and Girls in Science, stated that “Our initiative is now taking shape. The ‘Centre for Innovation for Women’ will be fully supported by the new Unit of the “Athena” Research Center to encourage women to engage in sectors in which men have traditionally excelled.

Mrs Syrengela thanked the Deputy Minister of Development and Investments, the founding members of the #GIL4W and all the executives of the “Athena” Research Center for the creation of the Unit to support the pioneering for the Greek standards “Innovation Center for Women”, stressing that “we are planning actions to address the under-representation of women in science, to attract more girls to STEM studies and to encourage them to pursue and achieve their goals”. As the Deputy Minister said, “we are creating the conditions for equal opportunities in the areas of research and innovation as well”.

“The role of women in research and science has been decisive for centuries. There are notable examples of women who are pioneers and distinguished in many scientific fields. These are the models we are trying to highlight more and more because they are a source of inspiration for the younger generations. I would like to congratulate the “Athena” Research Center, but also the competent Deputy Minister for her perseverance and initiative to create the new Unit of “Athena”, the Innovation Center for Women.”, stated the Deputy Minister of Development and Investments, responsible for Research and Technology, Christos Dimas.

“This initiative is one of the Priorities of the Centre as it enhances innovation and helps to pass the research results to society and the economy. Our Center focuses on all areas of new information management technologies, computational methods and communication, as well as a variety of applications from digital culture and language technologies to bioinformatics and robotics. The specific targeting of the new Unit on female entrepreneurship is a very important choice of the Ministries that support the project, as women have a lot to give in this direction. The Unit we are starting today is a decisive step for the Future.”, said the President and General Director of the “Athena” Research Center, Professor Ioannis Emiris.

Envolve Entrepreneurship: Funding up to 50,000 euros and mentoring for Startups