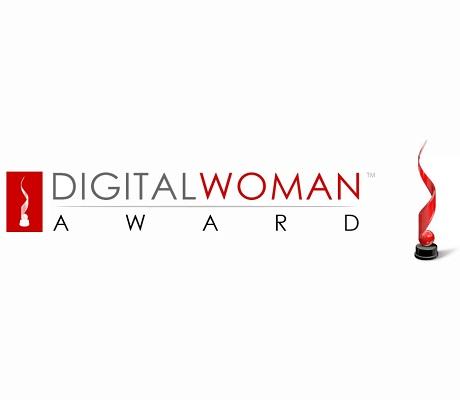 Europe’s outstanding women, girls and organisations making an impact in the digital world were announced today during ICT 2013 conference in Vilnius, Lithuania. The awards are under the patronage of Commission Vice-President Neelie Kroes and organised by Zen Digital as part of their support of the EU Grand Coalition for Digital Jobs.

The winners of the 2013 Awards are:
– Digital Woman of the Year: Sasha Bezuhanova, Bulgaria. Sasha is founder and Chairperson of the Bulgarian Centre of Women in Technology. She is a true entrepreneur and a successful businesswoman who is actively building the next generation of digital female talent. In 2012, Sasha launched “Where Leaders Meet” conversations, where successful female role models share their personal and professional stories with a female only audience. These events helped to inspire dozens of Bulgarian women to consider science, technology, engineering and maths-based studies and digital careers.

– Digital Girl of the Year (10 years and under): Lune Victoria van Ewijk, Belgium. Lune develops her own games and interactive movies, designs robots and dreams of becoming an engineer. At ten years of age, she is already a true digital visionary and already has a track-record of getting girls her age excited about digital endeavour.

– Digital Girl of the Year (11-14 years): Amy Mather, UK. At 13 years old, Amy has been coding for three years and has inspired people of all ages with her keynote speeches at the Raspberry Jamboree, Campus Party EU and Wired: Next Generation. She teaches older pupils how to code during her school lunch breaks and with the Manchester Girl Geeks.

– Digital Impact Organisation of the Year: HTW Berlin, Germany.  The Hochschule für Technik und Wirtschaft is Berlin’s largest University of applied sciences. In 2009, HTW inaugurated an innovative women-only bachelor program, “Frauenstudiengang Informatik und Wirtschaft”, aimed at increasing leadership for women in technology. The program accepts forty applicants every year and celebrated its first graduating class in 2012. HTW is recognised for this innovative approach that promotes best practices in getting more girls and women in tech, and as a model to broadly emulate for building the skills and community necessary to empower more women in digital studies and careers.

Winners of Europe’s first-ever Digital Woman Awards, Sasha Bezuhanova, Lune Victoria van Eewijk, Amy Mather and HTW–Berlin, are recognized for their leadership, entrepreneurship and creativity in digital areas of study and work, and for their demonstrated commitment to increasing the number of girls and women in ICT studies and careers in Europe.

Neelie Kroes said: “Tomorrow’s world will be led by digital technology, and having digital skills will unlock a goldmine of opportunities. And yet traditionally women are not attracted to digital jobs. That is why I am so happy to congratulate these talented women and girls who have achieved great things in ICT and I hope they go on to inspire more women to explore the digital sector”.

A recent study for the European Commission revealed that bringing more women into the EU digital sector would bring 9 billion euros annual GDP boost  . However, currently 7 million people work in the information and communication (ICT) sector in Europe, and only 30% are women. The European Commission is committed to attracting more women into the ICT workforce and into STEM (science, technology, engineering and maths)-based studies and careers.

Greece: PM and government pledge support to startups and VC’s

Grenoble: An innovation hub at the foot of the French Alps!