Grenoble: An innovation hub at the foot of the French Alps! 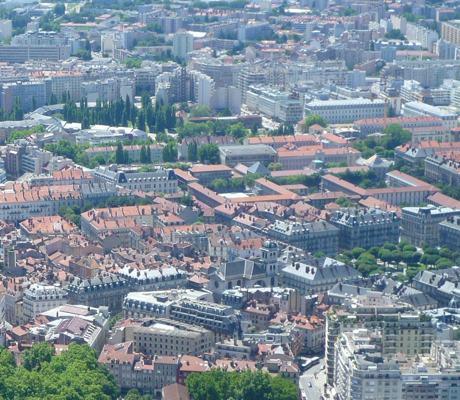 Grenoble, this a beautiful city of half a million inhabitants, is much more than a place of natural beauty and a… “playground” for adrenalin-seeking skiers. Grenoble is the “homeland” of education, research and industry. The city is home to one of France’s longest-established science parks, and to multiple institutions intent on fostering technology transfer. This dynamic comes to stir the one of global reputation Grenoble Institute of Technology, which nearby University of Geneva, thus allowing constant influx of talent between the two institutions. Grenoble, hosts 22,800 research jobs, including 3,500 PhD students, 11,800 posts in public research and 7,500 in private research!

Why Grenoble is becoming an innovation hub?
What are reasons of this rapid growth of Grenoble and its transformation into a hub point where technology and innovation meets with research and science?  As Monica Beltrametti, VP and director of Xerox Research Centre Europe says, “twenty years ago, we began by establishing a network with the scientific community throughout Europe and in the Rhone-Alps region centered on Grenoble, a prime location because of its strengths in academia and research. Two decades on we still feel the excitement here that reigned at the time we set up the center.”

Preceded London, Berlin, Moscow other big cities aped the Silicon Valley model and considered as centers for urban hipsters and entrepreneurs, the French government funded schemes to bring research, academia and industry together. As it seems, Grenoble may not be a place where the next Twitter or Instagram is likely to emerge; but it’s more probable to become the home to a new IBM or Microsoft!

Development Center for micro- and nano-technology
Grenoble is also known for its expertise in micro- and nano-technology. STMicroelectronics and NXP Semiconductors, are just a sort reference of the established companies and the market leaders based in the city. Inria, a government-funded public science and technology institution established in France in 1967, was one main reason for the prevalence of these technologies. It has eight research centers located across France, a €264 million budget and the Grenoble and Lyon research Centre, established in 1992. The Inria Grenoble–Rhône-Alpes centre has 34 research teams and 250 PhD students, 45% of them transmarine; Research organization Minatec has also supported micro- and nano-technology growth in Grenoble since 2006. Since the last 15 years it has created more than 20 startups in industries such as road traffic management, 3D cinema and communication infrastructure management.

Well, as it seems Grenoble’s, natural beauty is encourages a culture of ambitious scientists rather than being a distraction. As it seems people who want to scale mountains are often successful in other areas too. They play hard and they work hard…