Greece: PM and government pledge support to startups and VC’s 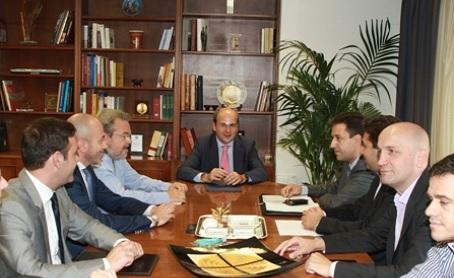 With the country in the sixth consecutive year of recession, startup entrepreneurship in Greece has risen the last two years as a trending way out of the crisis for many people, young or older alike. Greek government high-level officials, including PM Antonis Samaras himself, seem to have acknowledged the growth potential startup entrepreneurship could have to the greek economy and several times the last month they have pledged to take action in order to support and foster startup and innovation ecosystems in Greece.

Antonis Samaras, while visiting New York at the end of September, told journalists, according to Greek Reporter, that the greek government is already working on a plan to facilitate funding opportunities for greek startups and to build an incubator for innovative companies in Greece.

Such funding opportunities could offer for greek startups an MoU signed between the Greek Ministry of Development and Competitiveness, the Hellenic Venture Capital Association and Yozma Group, Israel’s biggest fund of funds during the Greek government’s official visit to Israel in mid-October. According to Ministry’s announcement, the memorandum will aim at transferring know-how and implementing policies that will accelerate the development of startup innovative companies coming from Greece and at attracting joint venture capitals from Greece and Israel in order to be invested in greek startups. An agreement between Invest in Greece and Invest in Israel agencies was also signed aiming at know-how exchange and mutual promotion of investment plans.

VC’s are going to play an important role during the next period (2014-2021) of the National Strategic Reference Framework (ESPA), which is funded by the European Union structural funds, said Costis Chatzidakis, Minister of Development and Competitiveness, during the Hellenic Venture Capital Association’s annual assembly. EMEAgr reports that Chatzidakis while giving a speech in front of the greek venture capitalists pledged that entrepreneurship will be a main pillar of next NSRF’s period and that greek government plans to support the venture capital institution by allocating a significant part of the funds to VC, PE and startups.

Chatzidakis had already expressed government’s support to VC’s earlier in October after meeting with representatives of innovative companies that coming from Greece started as startups, have attracted investments from foreign funds and have developed a significant exporting activity. After that meeting Chatzidakis told press representatives that the government is already planning and is going to launch soon a 20 million euros initiative to promote innovative entrepreneurship and to offer consultation to startup companies. So far Greece has launched four initiatives to support young entrepreneurship of 127 million euros of funds, with Jeremie-ICT (set up under the relevant European Investment Fund initiative) to account for 69 million euros of those funds.