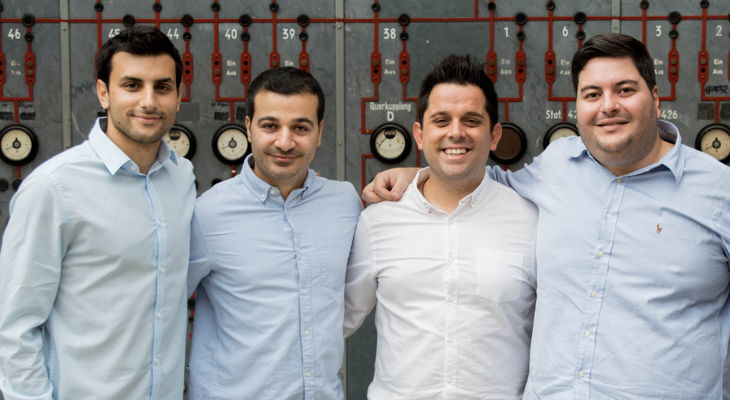 The news were expected for all those involved in the field of Mobile Advertising, since the Avocarrot stood out in this field and scaled rapidly. The same is definitely valid for Glispa Global Group which did serious work “under the radar” and today is a very strong – global – player on Digital and Mobile Advertising.

Nearly three years after its creation by Konnos Christou, George Hercules, George Makkouli and Panayiotis Papageorgiou, Avocarrot announced today it has agreed to be acquired by Glispa Global Group. Although the price didn’t disclosed, sources close to deal said that  it will reach $20 million.

Avocarrot has received funding of $2 million from investors in Greece and internationally, with Odyssey Ventures participation, and has emerged among the top 8 companies outside the US from Google for Entrepreneurs, also its member of Endeavor network and was voted «Next Big Thing »in Ad:Tech 2013.

The entire group of 18 people of Avocarrot will be part of Glispa’s team but its expected the Greek company to maintain its offices in Athens and San Francisco.

Avocarrot has created a platform where ad transactions are done programmatically. Advertisers place their bids in real time and the advertiser with the highest bid shows its own advertising to the end user. At the same time the greek startup offers the so-called native ads to developers making them this way less annoying to users and more efficient.

Avocarrot’s technology will be exploited by Glispa to offer its partners – advertisers an additional channel for programmatic ad buying and selling, while offering developers a single platform to make money through ads, completing this way its services and bridging the gap that existed.

“Together with the Glispa, Avocarrot could fully realize its vision to offer developers the opportunity to make money through native ads globally,” said co-founder Avocarrot Konnos Christou.

The Glispa Global Group manages billions of ads per month, is headquartered in Berlin with offices in Beijing, Bangalore, San Francisco, Tel Aviv, Singapore and Sao Paulo, and it has proceeded with two other acquisitions in the last two years.

Established in 2008 by the American Garry Lin Glispa’s strong point is the promotion of digital customer’s service, ranging from music and games to e-commerce, in many countries and markets and many marketing channels. Its expertise in emerging markets such as Brazil, Russia, India and China gave Glispa big growth in the last years.

buddybank: Τhe bank that’s always by your side