Dr. Alexandros Papaderos: “Lighting the fire of the economy with the spark of science!”

Head of the Office for Research and Innovation of the Technical University of Munich and Head of Innovation of one of the world's leading universities in innovation and entrepreneurship, Dr. Alexandros Papaderos argues that universities should listen to the needs of society and the economy and that the results of research should easily find their way to their economic and commercial exploitation 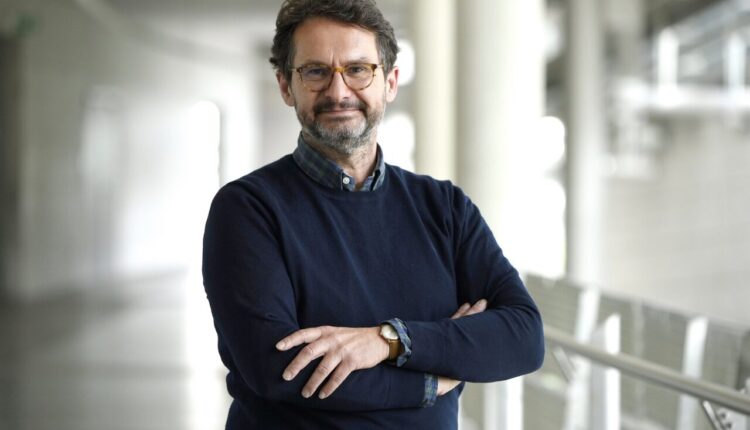 He has spoken of the “third mission” of higher education which is to engage with society and the economy beyond research and education. And according to him, one way for universities to get involved and to contribute meaningfully is on the one hand to listen to the needs of society and the economy and on the other hand to adapt their operation by making sure that the results of research easily find the way to their economic and commercial exploitation. For this reason, Higher Education Institutions need to be “open” flexible and innovative in how they operate as part of society and the economy.

And when Dr Alexandros Papaderos, who heads the Office for Research and Innovation of the Technical University of Munich (TUM ForTe) and is the Innovation Manager of one of the world’s leading universities in innovation and entrepreneurship, says these things cannot be easily questioned. 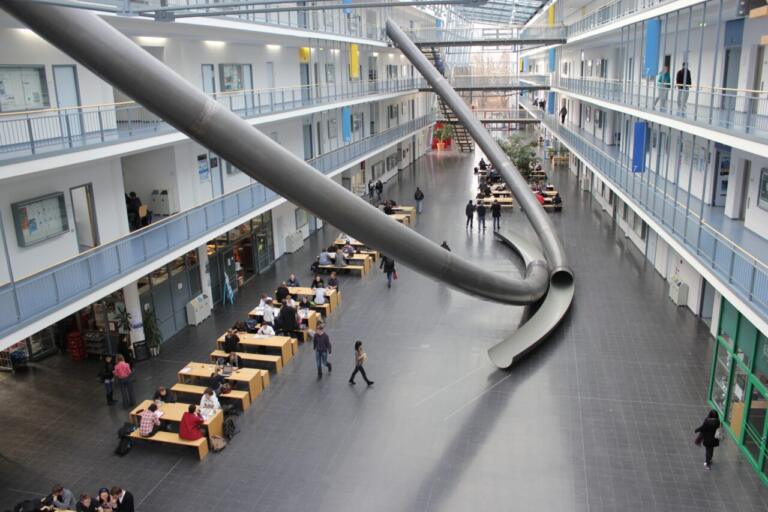 The operational unit – TUM ForTe, that is the Office for Research and Innovation headed by the Greek scientist, is the first point of contact and the central coordinating body for any form of cooperation between business and the research sector, which provides scientists and researchers with professional and comprehensive advice on research funding and technology transfer.

The history of Dr. Papaderos includes numerous cases of economic exploitation of intellectual property rights, negotiation and conclusion of research cooperation contracts with academic and industrial partners, as well as support for the creation of Startups.He, among others, is a member of the Research, Technology and Innovation Committee of the Bavarian Industry Association (vbw), while since 2019 he serves as Vice-President of the Technology Transfer and Intellectual Property TES of the National Council for Research and Innovation (NCRI).

Dr Papaderos speaks to starupper.gr about the successful operational model of the department he leads and proposes its implementation in Greece as well.

Startupper: How did TUM manage to develop into one of the world’s leading universities in innovation and entrepreneurship?

A. Papaderos: The connection of TUM with the economy in general began with its foundation in 1868. Over time, the moto that follows the TUM is that it “lights the fire of the economy with the spark of science”. Since 1995, the first discussions began on whether the public university should also be a business university, whether its mission should include technology transfer, especially through the creation and support of spin-offs. In 2001, TUM hired, for the first time in its history, two consultants, one for spin-offs and one for intellectual property, who were in close cooperation.This was the first TUM investment to be accompanied by a medium-term strategy in the field of innovation and the economic exploitation of research results. Further steps followed, such as the establishment of a School of Economics and the UnternehmerTUM Center for Innovation and Business Creation as an affiliated institute in the form of an LLC in 2002, the establishment of the first Chair of Entrepreneurship in 2008, the establishment of the Institute for Entrepreneurship Research in 2012, which currently has 6 seats related to entrepreneurship and recently, in 2020, the establishment of 8 thematic incubators, the TUM Venture Labs.

Startupper: You support co-creation between universities, businesses and other stakeholders as important for innovation. How is this organised and how are the logics of the various factors reconciled?

A. Papaderos: Co-creation needs first of all knowledge and respect for the nature and operation of the interested parties. A public university will never function as a company and a company will decide on different criteria than those of a university.But even so, the example of the TUM with about 1,200 collaborations per year with industry and other academic institutions shows that co-creation is a successful model and is possible. I think there are successful examples of co-creation and co-design now in our country as well.

Startupper: How do you see the spin-offs in Greece? You also participated in the committee that discussed the relevant legislation that has already been adopted. Do you think this legislation is enough?

A. Papaderos: The new law on spin-offs is not enough, although it is a very important step to improve the overall framework. With the calls for the creation and support of Technology Transfer Offices, the way has also opened for the necessary infrastructure and funding to be created or mature. Here, of course, we need to mobilise and involve university administrations.In the short term, improvements will have to be made to the laws and to the management and protection of Intellectual Property, especially of the inventions that lead to patents.

Startupper: How difficult is the transition from research to patent and its application? And what about patents in Greece.

A.Papaderos: The first challenge for universities is the selection through a plethora of inventions (about 130-140 each year in TUM) those that meet the criteria to lead to patents, new inventions, to contain inventive activity, the so-called “inventive step”, and to be amenable to commercial or industrial application. Then follows the time-consuming procedure for submitting the application to the competent body, which should be accompanied by Certified Patent Attorneys. Along with the patent granting process, the second challenge arises, which is the search for an interested party for the “translation” of the patent technology described in the text into products, methods, services, industrial applications, etc. This part of technology transfer is undertaken after the conclusion of similar agreements with the universities, either spin-offs of the university, or established companies, ideally with the assistance of the laboratory or the inventor. In the Greek academic field, apart from a few exceptions, such as the Aristotle University of Thessaloniki and the National Technical University of Thessaloniki, the majority of universities are still in an immature stage, so the invitations for the Technology Transfer Offices, which I mentioned above, are very important. More generally, in the near future the existing legal framework for inventions should be discussed and adapted to the best practices applied in successful technology transfer ecosystems.

Startupper: Is innovation the main goal of entrepreneurship today?

A. Papaderos: Not necessarily, because every idea that leads to the creation of a new business is not always based on an innovation. The main objective of entrepreneurship is to produce economically exploitable ideas, models, products, services, etc. and to create the conditions to enter the path of economic exploitation, along with the people who believe in the success of the business, whether they are the founders or the investors. Entrepreneurship within universities, of course, very often has innovative research results as an initial point of reference.

Startupper: What do Startup founders and new entrepreneurs need to know to start their journey? Can anyone become an entrepreneur today? What qualifications-strategic elements must an entrepreneur have in order to succeed?

A.Papaderos: The success of a Startup at first glance may seem to be based on the innovative idea or on a charismatic founder. But there are many factors that are critical to success and that can be influenced by young entrepreneurs, such as the technological expertise of the members of the Startup team and their ability to see themselves as part of a team with a common vision, a common strategy and common goals.The question is therefore whether each member of the team of a Startup can envision himself as part of it with a special role within the framework of a common venture.