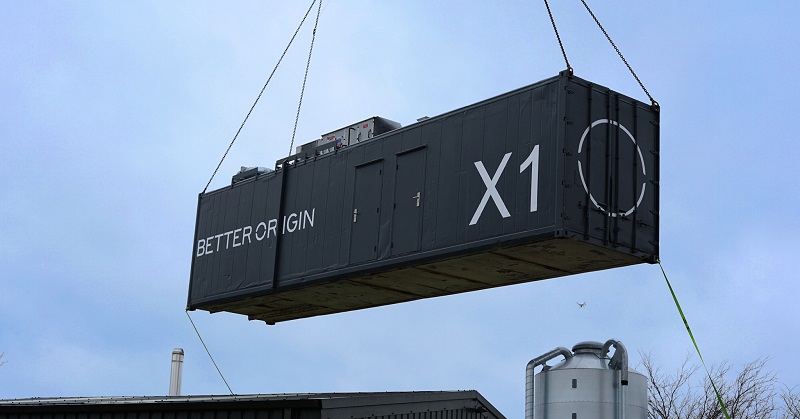 Better Origin, the company of greek “origin”, (ex Entomics) raised 1,1 million pounds funding by the Industrial Strategy Challenge Fund of the British government which was created in order to promote the development of insect bioconversion and the transition to sustainable methods of farming.

Better Origin was founded in 2018 by Fotis Fotiadis and Miha Pipan, two Cambridge University graduates.The company’s main objective is the process of insects and their conversion into animal feed and human food.

Entomics is the first company which enables live insect production and functional feed to raw insects with patented technologies, achieving reduced costs of production, better food conversion ratio and increased efficiency. This specific procedure is considered the most affordable so far today.

The company’s vision is to “democratise” insect farming, allowing eventually any farmer to grow insects in a cost-effective and resilient way.Towards this direction, the company launched its first autonomous AI-powered insect mini-farm.This fully autonomous solution removes the financial and “cognitive” barriers that a farmer can face when trying to “farm” insects.

This project is funded by the British government, in the framework of a three-year project which includes other insect companies such as Entocycle, Insect Technology Group and Beta Bugs, as well as feed supply companies such as AB Agri and Cooke Aquaculture Scotland.Academic institutions, like the University of Stirling, Durham and Warwick, Scottish Aquaculture Innovation Centre and Zero Waste Scotland are also participating in the program.

“Insect farming is proven to be quite simple, however, the real value comes from converting the farmed insects into products.Over the last three years, we have developed a solution, that can convert the insect into salmon feed, pet feed and human food in a sustainable way.This funding represents the only big investment from the UK in insect sector and we are happy to be its recipients.It will enable us to accelerate our product development, deploy the first specialised insect processing premise in the UK and expand rapidly to the rest of the world.”, said Fotis Fotiadis, founder and CEO of Better Origin.

In 2019, Better Origin raised a funding from Metavallon VC.”We believe that the company can use its well-rounded team, long biotech and engineering expertise, data and automations that have been developing to complete and suggest scale solutions that best face biochemical, logistics and engineering challenges.”, stated Myrto Papathanou, Partner at Metavallon VC.
Better Origin, as Entomics back then, was the winner at RG Challenge18, of Reload Greece.

RoadCube: 1,5 million dollars funding for “Loyalty as a Service”