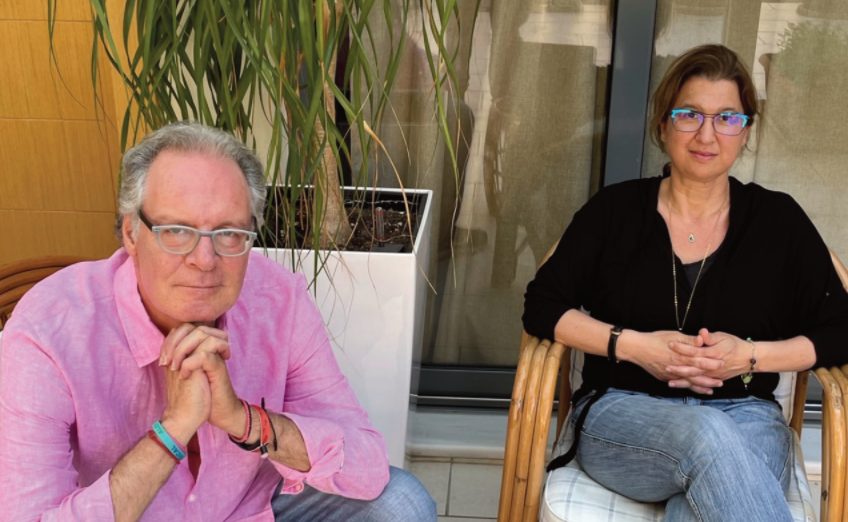 Nowadays, that communication has turned towards digital means and emojis and gifs consist one of the most widely used and favorite interaction methods,it makes sense that companies invest in them. In 2018, Google acquired Tenor,a GIF search engine,while in 2020 Facebook acquired Giphy for 400 million dollars.While these were happening in the USA, in Greece a new company Vimodji was being developed,having innovation as its goal.Now, Vimodji has managed to introduce innovative videos in popular messaging platforms,which are also used by big Greek companies.

Vimodji’s founders,Vasilis Kalitsis and Eleftheria Mamidaki, wanted to reinforce the market of the online non-verbal communication. The platform is like a combination between YouTube and Giphy ,as it provides videos with sound ,which include scenes from the entertainment and music industry. These videos are assorted depending on the mood and the emotions they express,so it is easy for the users to find what they want. That was the goal of the two partners,to make communication more expressive and accessible.

It has integrated its video clips into Viber,as well as into Flesky.a well-known “alternative” keyboard and enables sharing through all the popular social media and iPhone’s iMessage.At the same time it has developed apps for iOS and Android.According to the company,the platform has more than 1,9 million users,while it has 5,6 million views and 1,8 million shares. These numbers highlight the success of the venture and prepare the company for its next steps which include its expansion in international markets such as in the USA, India, the UAE and in China.

Apart from a communication tool,Vimodji can be an effective marketing tool for companies which want to “interfere” in users’ chats. Vimodji’s co-founders have already been cooperating with big brands,such as Amita motion,Costa Coffee and “Epirus” feta cheese. When Vimodji cooperates with a brand, it creates a video with content that interests this brand and which users are expected to search.This way the brand will get in touch with the user with the most personal way; his private chat!

For example, OPAP cooperated with Vimodji during UEFA EURO 2020,for the promotion of its campaign “This european is non-negotiable”. So, videos were created showing he characters of the TV campaign using lines such as “Paiktaras” or “Pistolero”(common greek phrases meaning that a player is great and scores a lot of goals). Football fans and social media users who were watching the games could use these videos during the matches and express their mood.

INTELIGG: A startup that brings technological solutions for smart cities to a whole new level

Kineo: The startup that introduces electric bikes and scooters to Greek people