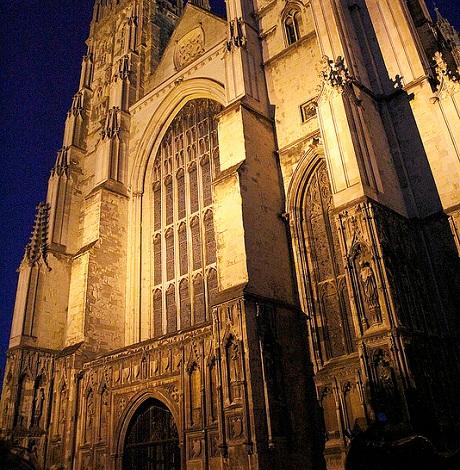 Canterbury Cathedral in Kent, UK partnered with Purple WiFi, a cloud-based social WiFi software company from Manchester, UK, in order to deliver a secure and legal free wifi access to visitors of its new Cathedral Cafe.

Canterbury Cathedral took action after a newspaper in the UK revealed that visitors of the Cafe could access pornographic and other explicit material through its free wifi network.

In a press release David Tunbridge, IT Manager of Canterbury Cathedral, is quouted saying: “We have been offering a WiFi service for our Cathedral Lodge clients and customers for a while, but this is an internally managed system. This system has never been made available to the public and although it works well for us, it requires a fair bit of administration, which is why we have been looking at alternatives for public WiFi access in our new Cathedral Cafe which opens on 20th February. Family-friendly access and legal compliance are very high on our list of priorities“, thus selecting Purple WiFi.

Purple WiFi launched in December, 2013 on the back of a research covering 3,349 venues across the globe that showed the majority of venues are not providing legally compliant WiFi, and are leaving networks open to criminal or terrorist use.

According to Purple WiFi’s research, while 82% of respondents believed they were legally compliant, most venues surveyed actually were not. 2048 venues confirmed that they were either running completely open networks, meaning anyone could access the network, or handing out a password, which indicates the venue has no way of tracking internet access back to the user. This leaves the network open to criminal or terrorist use without fear of tracking implications.

“These elements are crucial for public WiFi legal compliance, which differs slightly by country in accordance with various local laws, but the main common premise is the ability to track activity on a network back to the user.  For example, in the UK legislation for public WiFi includes the Data Protection act, European Directive for Data Retention Regulations 2009, the Code of Practice (Anti-Terrorism, Crime and Security Act 2001), Regulation of Investigatory Powers Act 2000 and Digital Economy Act 2010, for which the venues are liable”, emphasized the company in a press announcement.

The data also revealed that 58% of the venues surveyed had no content filtering in place or didn’t know if they did. This means explicit and illegal content can be accessed directly through the venue’s WiFi connection.