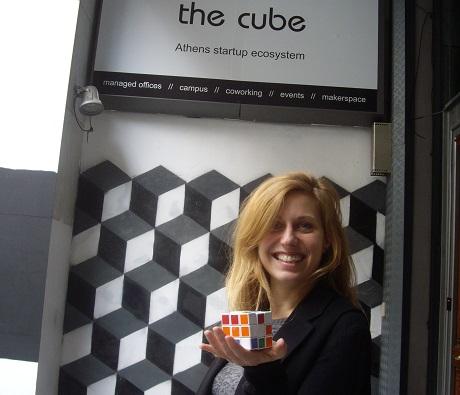 We caught up with Lenka Kucerova, deputy director at Wayra CEE, last week at The Cube Athens (one of the many new co-working multi-spaces that have sprung out during the recent startups ‘boom’ in Athens) on the occasion of her visit in the Greek capital to get in touch with the local scene.

Although rather tired after 3 connections from Gdansk via Copenhagen and Paris on her way to Athens, Kucerova still had the energy to share a couple of views on the startups ecosystem getting built in the Central and Eastern Europe region and the state of accelerator initiatives today.

“We are here not just to promote Wayra CEE and our current global call, but more importantly to get in touch with Athens startups ecosystem, promote it in the rest of Europe and work together to develop it“, Kucerova highlighted to EMEAstartups after the first introductions.

“I wasn’t aware of the rising scene here, even though i have met some greek startups when in Silicon Valley and I’m really impressed with the momentum here“, says when informed about the quantity of startup initiatives in Greece. 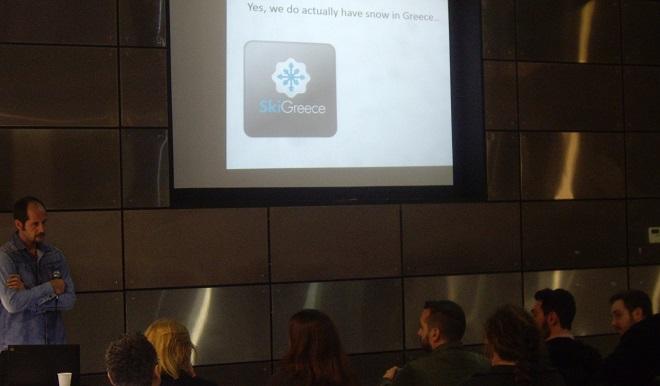 Greek startups pitching event at The Cube Athens, organised by Wayra CEE; Ski Greece wants the world to know that Greece has snow too…

Maybe there was a good reason for Greece not being on Wayra’s “radar” previously, but with CEE’s program second call running and the invitation from Cube to visit a thriving local scene, Athens became a must-go “stop” in Kucerova’s “tour” around the region, before going to Ljubljana and Zagreb .

Wayra is the business accelerator of Telefónica, the spanish telecommunications giant. Started in 2011, right now counts 14 so-called Academies in 13 different locations in Latin America and Europe. So far, 174 startups have graduated from Wayra programs, out of over 23,000 applications received from companies all over the world. Wayra has invested €12,6m in 318 startups, followed-on by external sources with €32,8m. 40% of the graduated startups are actively in trial with Telefónica and 70% are commercially trading.

Really well-known in Latin America and the big European startup hubs, such as London or Barcelona, Wayra attempts to unveil all the tech talent of former Soviet states and the Balkans.

Based out of Prague, Czech Republic, Wayra CEE was established to cover Central and Eastern Europe. In the first batch, it has hosted 8 startups from Czech Republic and Slovakia: BIG Launcher (an alternative Android interface for elderly people), Networker (an app for high performance networking), Datamolino (backend services and data extraction for accounting firms), TrashOut (app for locating and reporting illegal dumping and issue management), Lionexpo (an online platform for exhibition organization), WOPPA (a platform for finding and identifying career opportunities), Remote Assistant (an app for blind and visually impaired people) and Mapilary (an app for the visualization and tracking of last mile logistics). Biggest Wayra CEE’s “success story” so far is Datamolino, with the Slovak company receiving €500k in seed funding from the Slovak Innovations and Technology Fund (FIT) for European expansion and commercial launch.

“Some great names have come out of that part of Europe in the past 15 years. Just for the Czech Republic and Slovakia, two countries of 15 million people, you have Avast, AVG, Eset – the three security big guys – with 600 million users worldwide. And of course Skype from Estonia. My feeling is that not enough close attention has been paid in the region“, Kucerova says.

But with recent activity in the region, like tech giant Intel Capital’s based in Warsaw, Poland and EarlyBird, a most famous Berlin-based VC fund entering the CEE market with €130mn, for Kucerova that attention was not a matter of if but a matter of when.

There is a lot of activity, such as accelerators, networks of angel investors, events and communities in every country in the region, be it Lithuania, Romania or Croatia, but on the downside Kucerova sees that the local markets are still immature and the investors in that part of Europe are more risk-averse than in London or the Nordics.

“Generally speaking, entrepreneurs from the region seem to be more product-oriented and although they’re excellent engineers, many of them lack in business skills“, she points out naming presentation, communication with customers, approaching investors or new partners or even networking online with the right people as skills Central-Eastern-European entrepreneurs should work on. “Even though they’re great product guys, when it comes to selling the product they still find it difficult. They have a great deal to present but they don’t know how“, adds, putting the blame on culture and education systems of the region, low levels of confidence and out-goingness and a lower working-hard ethic compared to startups coming from the US. “It’s really important to put that extra half-an-hour to seize opportunities to expand your network and utilise it eventually“, she stresses out.

Another important issue for Kucerova is that entrepreneurs coming from local ecosystems lacking the critical startups mass of Silicon Valley or even London or Berlin are sometimes out of touch with the current tech reality and its future needs, overcrowding a specific web or mobile marketplace instead. 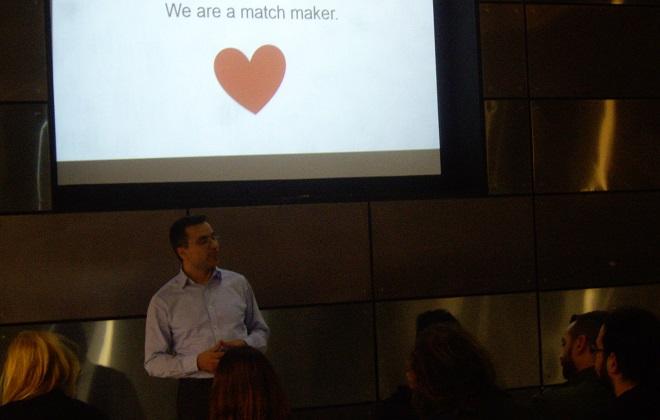 But the problems the region – frankly, whole Europe – is facing regarding startups is not only about entrepreneurs themselves, it’s about governments or EU authorities too. According to Kucerova, more public money for initiatives and programs to fund, accelerate or incubate companies are most probably not what startups need, as current programs seem to be enough in the era of the ever-existing question of fundable startups. “Rather than putting more money and programs that actually distort the market, it would be really worth looking at how to support entrepreneurship by reducing regulations, decreasing taxes and social security contributions and providing with entrepreneurship education even from the kindergarten, if possible!“, she says.

So, more public money distorts the market, that sounds fair. But what about the private ventures? Do we experience in Europe the same tech accelerators/incubators “bubble” the US are fearing? For example, in Athens, Greece, a decently booming startup scene but quite insignificant yet, there are at least 6 different acceleration or incubation programs run by local stakeholders.

Lenka Kucerova having spent three years in Silicon Valley working for CzechInvest, the business development agency of the Czech Republic, and currently implementing Wayra CEE has a sound argument: If we accept that startups in Europe in most cases exit successfully in a life cycle of 5 – 7 years, it’s too early to judge if european accelerators – startups themselves too – are successful, since most of them are still 2 to 3 year-old.

“There has definitely been a tremendous rise in the number of accelerators in Europe and right now we’re seeing a hype, a bubble short of speaking. But I believe it will take a couple of years to evaluate the organisations and the people behind them, whether they’re public or private, and reach the conclusion if it makes sense for them to continue in the acceleration business“, she says highlighting that when it comes to public acceleration initiatives (with local/regional/european money involved) the lack of the “invisible hand of the market” may cause inefficiency problems.

But let’s be positive. Startups and tech entrepreneurship has been heralded as THE way to transform Europe in the global division of competitiveness. Accelerators are crucial for providing young startups with know-how and connections and, even though it still remains to be seen what will come out of them, Kucerova advocates that all of them, regardless of how “successful” they will be in the end, they all do great work fostering entrepreneurship, “definitely one of the markets diverse and fragmented Europe should develop“, as she puts it.

Wayra CEE’s deadline expires on February 23th. The program offers usage of Wayra facilities in Prague, a €40k investment and $200k worth of perks in exchange of equity, training, coaching, networking, mentoring and business support and possible access to Telefónica’s 300 million customers.

Startup Camp: A 2-day Conference to Connect Berlin Startups with the International Scene