Snap Inc. stock may increase by 34% due to AR investments and increased ad revenue 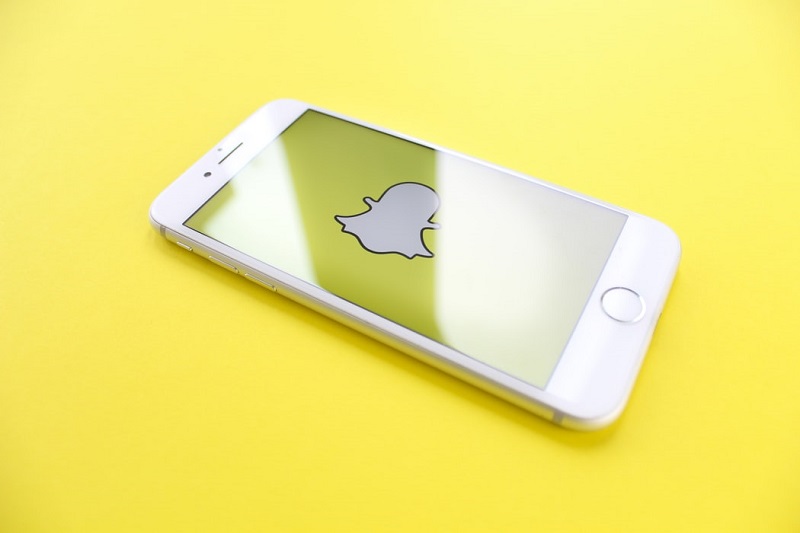 Bringing in 293 million users per day, Snapchat is one of the most popular social media platforms on the market. But where has its recent surge in growth come from and will it continue to grow in such a highly competitive market? Maxim Manturov, Head of Investment Research at Freedom Finance Europe, discusses how recent investments and developments in Snap’s app could lead to a significant increase in its stock over the coming months and outlines why you should be keeping a firm eye on the company.

Active development of the ecosystem

Snap is putting a lot of money into the development of its Snapchat app, which has evolved rapidly in the last several years. Snapchat is beginning to mimic the characteristics of WeChat-like supers. Applications like this, which present a diverse range of options in a single ecosystem, are very popular in China. There is a pattern here: Tencent, Snap’s largest investor, owns WeChat.

The latest innovations include increased AR content creation capabilities for users and Snap Games – the incorporation of basic games that encourage younger people to participate and  increase the Snap Map’s possibilities within the program. Map Layers, one of the most recent additions, making it more personalised. For example, it can help you to locate the best eateries or learn about future events at neighbouring sites. As a result, the Snap app is a viable substitute for Google Maps.Additionally, Spotlight, an entertainment platform for creating and watching short films, is a rival to Instagram’s TikTok and Reels. Snap is attempting to set a trend, meet, and satisfy user needs by implementing this feature.Also, introducing Snap Minis, which are mini apps that can be developed by third-party developers and can be used inside Snapchat. It is a critical tool for retaining users and growing the platform’s internal ecology. Snap Minis allows users to order food, purchase event tickets, make payments, and more without ever leaving the app. Snap Minis is also an additional tool (in addition to advertising) for businesses wishing to market their brands.Finally, Bringing Snap Tokens to the test as a domestic currency for monetising Snap’s own games. It will allow you to donate directly to content creators using Snapchat.

Snap has been able to get into a number of strategic collaborations because of the inclusion of additional features. Among them is a collaboration with Poshmark, which will shortly debut the Poshmark Mini app on the Snapchat platform. Snap has collaborated with Walt Disney to integrate some of its Camera Kit features with the PhotoPass service. As a result, AR elements are now available at the Walt Disney World Resort. Additionally, users of the dating app, Bumble, may now use Snapchat AR filters to enrich virtual interactions. All of this will assure not only the continued development of new functions and features in the program, but also the continued influx of new users.

As a result, Snap is attempting to broaden its platform in terms of services available and become a valuable tool for users in a variety of ways. Snap intends to boost user loyalty to its app with this method. This can boost its competitiveness by ensuring not only a high degree of retention of existing users, but also contributing to the influx of new ones. It is worth noting that this technique is already being executed successfully: the DAU (Daily Active Users) indicator climbed by 24.7 per cent over the year, reaching 293 million users.

There is a deferred demand effect in 2021. The strong recovery of the global economy has prompted businesses to increase their advertising spending, particularly on internet resources. The epidemic has enhanced the relevance of e-commerce sites, increasing the demand for online advertising.

According to Allied Industry Research, the global internet advertising market was worth $319 billion in 2019 and is anticipated to be worth $1.09 trillion by 2027. The CAGR is estimated to be 17.2 per cent. Global Industry Analysts have more modest expectations: the internet advertising market is projected to reach $786.2 billion by 2026, with a CAGR of 13.9 per cent. However, both research firms predict that the digital ad business will continue to grow at double-digit rates in the foreseeable future. These forecasts are encouraging for Snap, as advertising accounts form the lion’s portion of revenue.

Snap is further bolstered by the fact that the Snapchat app continues to actively attract an audience, and the level of ARPU (Average Revenue per User) is gradually increasing. In the second quarter of 2021, total ARPU increased by 76 percent year on year (to $3.35), with North America increasing by 116 percent, Europe increasing by 76 percent, and the rest of the world increasing by 20%.

Today, Snapchat offers a wide range of alternatives for marketers, including e-commerce and gaming, and Snap is constantly expanding the tools available on its ad platform. To accomplish this, the business purchased two startups, Fit Analytics and Craze.

Over the next five years, the company intends to maintain sales growth rates of 50 percent – a lofty but attainable target.

The growth of the AR section

Snap is attempting to expand its AR applications outside Snapchat. The development of a new generation of Snap Spectacles is one such trend. The current version of Spectacles 3 only allows for video recording for content production. The company intends to include special lenses in the future version that will allow access to AR functionalities.

In May, Snap paid more than $500 million for WaveOptics, which supplies displays for the new Spectacles with augmented reality spectacles. Facebook is also heavily investing in the development of its Oculus Rift headset and the construction of a virtual reality ecosystem, anticipating significant growth in this area. As a result, if there is a trend for smartphones with AR capabilities, Snap will be right on trend, able to extract super-profits, and get a big market share, allowing it to cover its present investments in this field.

Snap achieved strong results in the second quarter of 2021, with revenue increasing by 116 percent year over year to $982 million. The adjusted EBITDA was $117 million, compared to a loss of $96 million the prior year, for a margin of 12 percent. The company’s net loss shrank from $326 million to $152 million. At the same time, sales climbed by 91 percent year over year to $1.75 billion, Adjusted EBITDA increased to $115.7 million from a loss of $176 million, and the net loss fell from $631 million to $438 million in the first half of 2021. Despite the deficit, the company’s financial situation remains stable. The corporation has $3.47 billion in cash on its balance sheet, with $2.55 billion in debt. Snap’s free cash flow is progressively improving, with $10.2 million in the first half of 2021 compared to $87 million outflow.

Snap issued optimistic estimates for the third quarter of 2021, citing rising advertising demand and an expanding viewership. Revenue will increase by 58-60 percent year over year to $1.07-1.085 billion, with Adjusted EBITDA of $100-120 million.

Why performance data will make or break the hybrid working model

50% of companies suffer repeat attacks by the same hackers