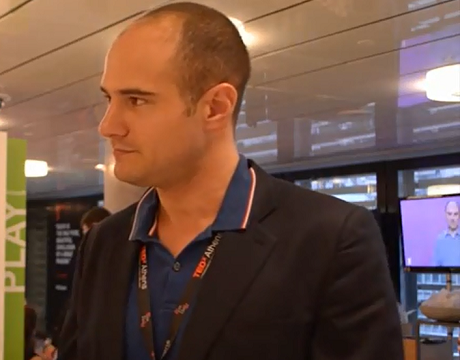 Romain Lacombe is the founder of Plume Labs, an Internet of Things startups that aims at creating greener cities, and an advocate of opening up public data for building solutions that will help communities solve big societal problems. Just like the quality of the air we’re breathing.

Lacombe was a guest speaker at TEDxAthens 2014 where he presented his vision of convincing mayors around the world to give to the public access to the data of the air quality of their cities.

Having worked as Head of Innovation and Development at the French government’s task force for Open Government Data, Lacombe says he’s advocating the openness of data not just for the social and political aspect of it, but also for the potential of people creating new entrepreneurial ventures that bring value to the public.

You can watch the interview with Romain Lacombe below

The war in Ukraine has affected the shopping habits in Greece