Record capital to businesses from EIB and systemic banks

The largest Greek banks, the EIB and the EIF are supporting business investments in sectors affected by the pandemic and are developing sustainable and innovative projects at corporate level 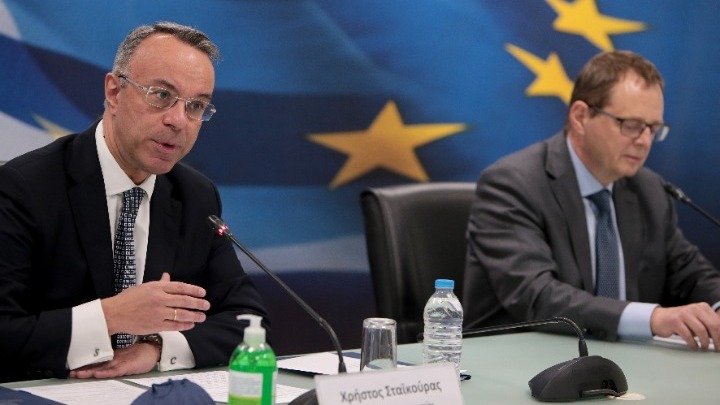 Last year, investments in new businesses and corporate innovation, urban regeneration, energy transition and the digitalisation of public services received the largest ever financial contribution from the European Investment Bank Group in Greece.

Greece the largest per capita beneficiary of EIB and EIF financing

Greece has also been a leading beneficiary of the Pan-European Guarantee Fund, which was set up by the European Investment Bank Group and EU member states within weeks of the start of the pandemic to support thousands of businesses that have faced difficulties due to the COVID pandemic-related challenges. Therefore, access to business finance across Greece will be enhanced with guarantees amounting to 2.7 billion euros, which will be provided through the Pan-European Guarantee Fund.

Businesses across Greece that have been affected by the pandemic will therefore be able to benefit from access to a landmark funding of 6.5 billion euros as a result of the cooperation between the country’s systemic banks and the European Investment Bank (EIB) Group in the framework of the new Pan-European Guarantee Fund.

Under the Pan-European Guarantee Fund programme, guarantees totalling 2.7 billion euros provided by the EIB Group to Alpha Bank, National Bank of Greece, Eurobank and Piraeus Bank will help companies with viable business plans to recover from the challenges of the pandemic.These are the first guarantee agreements implemented by the EIB in Greece and the first transactions through banks aimed at enhancing access to finance for large companies, thus broadening the scope of the EIB’s support to the country’s real economy.

The initiative also includes the first synthetic securitisation in Greece, in which the EIB Group participates, thus contributing to the further strengthening of the Greek securitisation market.

The European Investment Fund’s contribution also hit a record high, totalling 1.96 billion euros to support investments by companies across the country. The EIF has supported the provision of guarantees to Greek national and regional banks to improve access to finance for companies affected by the pandemic through the European Guarantee and Inclusive Finance Fund.

The EIF also supported 5 equity financing transactions, including the first angel venture capital to be used for re-flows, building on the success of the JEREMIE programme.

The record participation, amounting to 4.85 billion euros, of the European Bank Group in 2021 represents a significant increase compared to the previous record of 2.8 billion euros in 2020.

In 2021, the EIB supported groundbreaking investments to improve flood protection and transform civil protection across the country. The EIB also supported large-scale investment by DEI ( Public Power Corporation) to exploit energy from renewable sources and boost electricity distribution. For the future, the EIB has a long line of climate action projects that are currently under preparation and are expected to be confirmed in the coming months.

Exchange of know-how through collaborations with partners in Greece

Last year, the EIB Group’s Investment Team for Greece offered expertise in 28 projects in Greece. These include supporting the study and implementation of the energy efficiency program “ELECTRA”, accelerating municipal investments and increasing the development of the European Social Fund throughout Greece.

The EIB Group’s advisory teams collaborated on climate action with the Hellenic Development Bank and exchanged experiences to improve the use of the European Agricultural Fund in the country.

TRUST THE CHANGE: Support of environmentally responsible businesses in the Cyclades