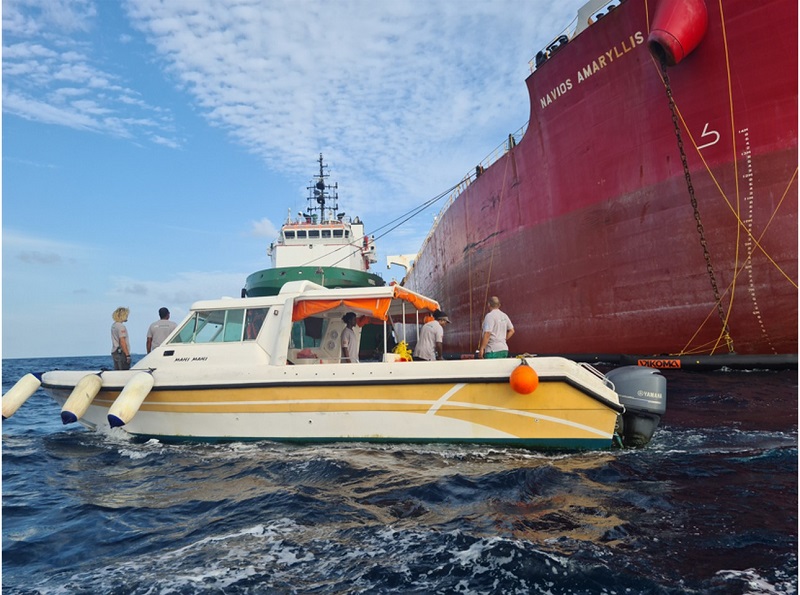 Polygreen, of the Polyeco Group, participated in an international operation for the prevention of sea pollution.Specifically the company transported with safety the 1,500 tons of Navios Amaryllis fuels into other tanks of the ship, facilitating the refloating operation and preventing a leak that could cause significant pollution and environmental destruction in the area.

The operation was completed with the removal of Navios Amaryllis, which was towed away from Rasfaree reef through the same route it followed before its grounding, preventing therefore bigger destruction of the reef.

Polygreen’s successful contribution to the management of the incident in the Maldives, is added to a series of other interventions of the company that prove its operational readiness and ability to respond quickly, with safety and efficiency to difficult shipping accidents globally.

A year ago, Polygreen dealt successfully the huge environmental destruction caused by the MV Wakashio’s grounding south of the Mauritius, preventing coastline pollution of 44 km caused by the leak of fuel oil.