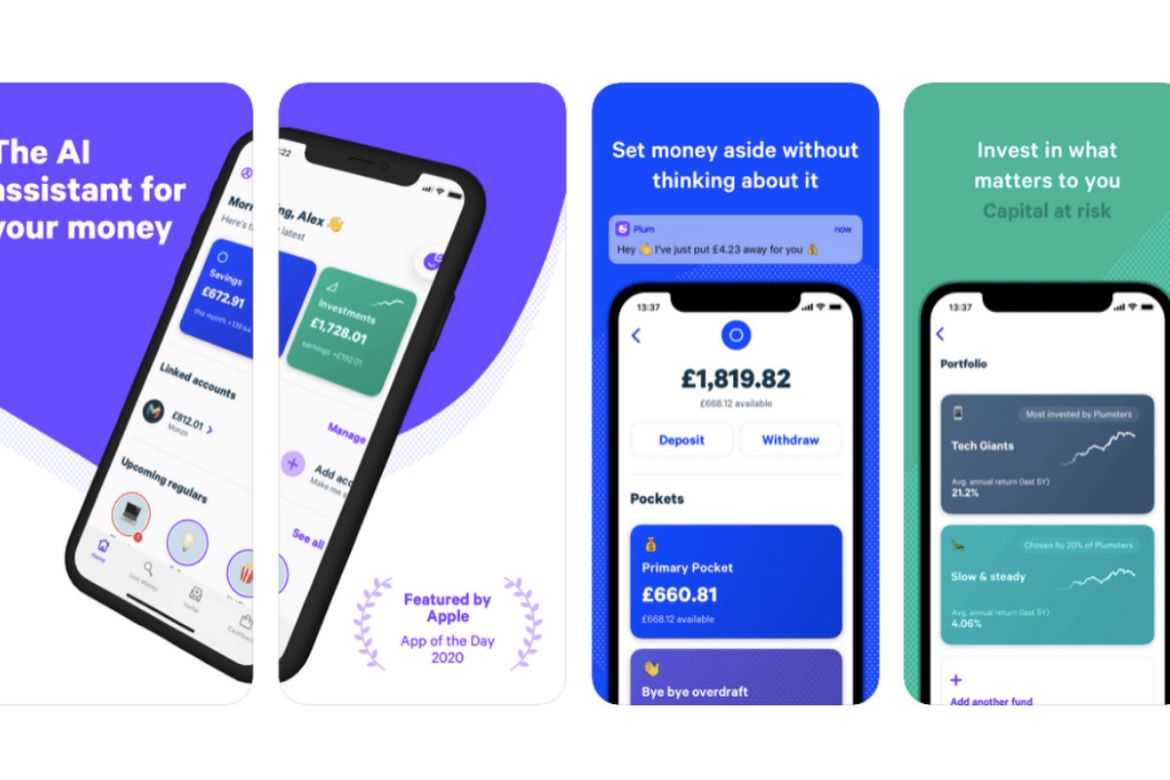 The round is led by a consortium of prominent investors, including the new dmg ventures and Ventura Capital, that have previously invested in scaleups such as Cazoo, Farewill and Railsbank.

Previous supporters of Plum Global Brain, VentureFriends and 500 startups participated in the round, as well as notable fintech names such as Francesco Simoneschi, CEO and co-founder of Truelayer, Charles Delingpole, founder and CEO of ComplyAdvantage, and Hugh Strange, Vice President of Nubank products, as business angels.

At the same time, the company plans to give the opportunity to all interested parties to invest in Plum through crowdfunding in Crowdcube in October. As the company reports, more than 20,000 people declared interest in participating in Crowdcube’s platform in the first 12 hours of the campaign’s launch.When the first round closes, Plum expects that the total funding will exceed 43.3 million dollars and its worth will have tripled since the company’s last round of funding in July 2020.

This new funding comes after a period of intense growth for Plum, as savers and investors across Europe look for fintechs to help them increase their “wealth” after the COVID-19 pandemic.The company has seen its customers double in the last year, with more than 1 million people all over Europe to save and invest through Plum. Plum has saved more than 1 billion dollars for clients since its establishment and recently ranked as the most popular choice during the pandemic.

Its revenue also grew significantly over the past year, with an increase of 189% year-on-year as more customers streamline their finances by subscribing to Plum’s premium services. The new services launched in 2021 include Money Maximiser, an automated budget tool that maximizes interest income, and Plum’s first smart pension product.

Further European expansion is at the heart of Plum’s plans after this round. The company, which has European bases in Athens and Nicosia, is expected to receive regulatory approval to offer investments in the EU, which will allow Plum to provide its customers in France, Spain and Ireland later in the year. Plum already covers 26.6% of the EU population (119 million people) and plans to cover 70.6% by the end of 2022 (316 million people) with launches in the Netherlands, Portugal, Belgium, Italy, Finland, Austria and Germany.

In 2022, the company plans to offer its clients more assets to invest in, such as EU and UK shares, as well as cryptocurrencies. A Plum card is also on the horizon later in the year designed to help its customers automate their spending alongside their investments.

“Raising incomes for everyone is our mission, and we’ve made some big steps towards making it a reality this year, massively expanding our user base and delivering a product that increasingly resembles a super app for finance. But there’s a lot more work to be done. The demand for smart and intuitive investment products is huge, especially in other parts of Europe, where old-fashioned banks are often the only option to raise income. With the help of this new investment and the upcoming crowdfunding, our app will become the natural choice for anyone in Europe who wants to improve their finances in the long run.”, commented Victor Trokoudes, CEO and co-founder of Plum.

“We have been impressed with Plum and we are excited to support the team. They are in a market with a rapidly growing number of consumers and have an exciting product roadmap for the next 12 months and beyond.Plum brings economic simplicity and sustainability to its users which are really necessary in a world where everyone is facing a hand-to-hand combat in economic matters.”,  said Manuel Lopo De Carvalho, CEO of dmg ventures.