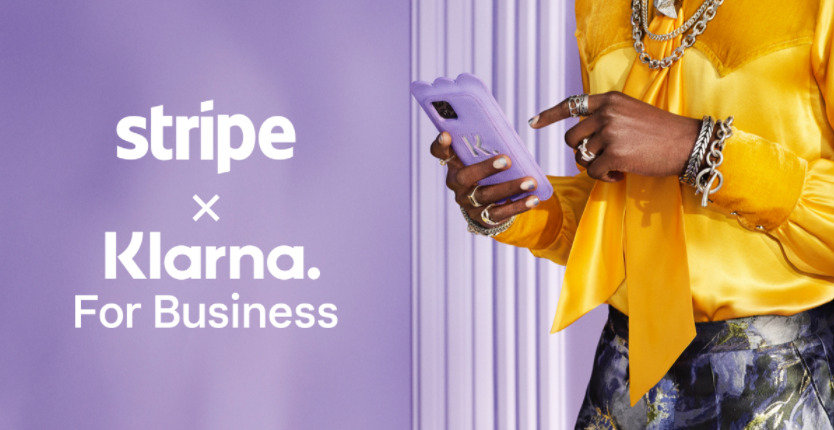 Stripe and Klarna, two of the largest private fintechs in the world, recently announced their strategic partnership. Stripe aims in this way to offer its customers the buy now, pay later payment method of the Swedish company.

The partnership is expected to bring new growth prospects to merchants of all sizes, allowing them to maximize their business success through the shared services that the two companies will offer, according to Koen Koppen, CTO of Klarna.

Stripe, which serves businesses to accept online payments on purchases, said the two companies connection will make it easier for retailers since they will be able to include Klarna as an option for transactions on their platform.

Since Klarna usually works directly with stores to integrate its payment method, this move could give it a much larger customer reach.

Founded in 2005, Klarna became one of the most important names in the fintech space, thanks to the massive increase in demand for the BNPL service, which allows users to distribute the cost of their purchases over a period of interest-free installments.

Specifically, Klarna makes money from deals with those involved in retail, that pay the company a small share of every transaction processed through its platform. Stripe in turn as a global digital payment platform manages billions of dollars a year for millions of businesses.

The latter even reported a 27% increase in retail sales on average after the incorporation of Klarna, while the average value of orders increased by 41%. However, many associate this with encouraging customers – especially youngsters – for more purchases than they can afford, criticising the BNPL companies.

In the UK, the government has put forward proposals to regulate the nascent sector to protect consumers from potential problems. Britain’s finance ministry launched a consultation inviting stakeholders to express their views on the arrangement.

The “collab” Stripe – Klarna could be a very profitable way for the digital payments giant if it wants to come ahead in the competition with Square and PayPal, who have already moved accordingly in the field. In particular, Square recently agreed to acquire Australian Afterpay for 29 billion dollars but also PayPal has its own BNPL service and acquires Japanese rival Paidy for 2.7 billion dollars.

In addition to working globally, Stripe and Klarna said they are also strengthening their relationship in North America, with Stripe now being used in about 90% of Klarna’s payments in the U.S. and Canada.

Digital currencies from Mastercard if approved by governments

Revolut wants to build its own cryptocurrency exchange