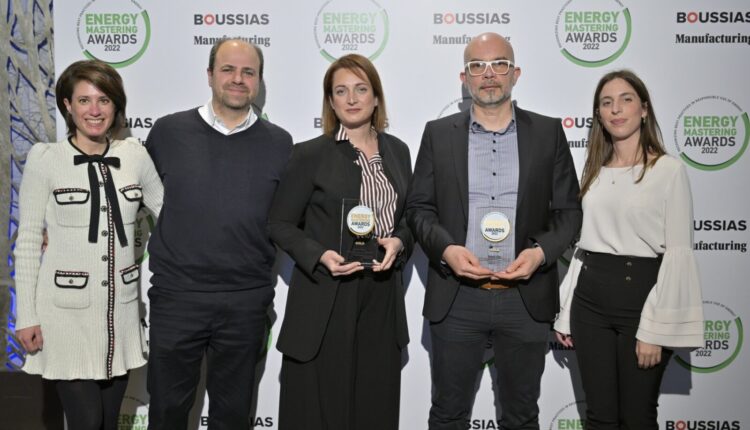 Sustainability is at the core of Olympia Odos’ strategy. In 2021 we implemented new ideas that brought us closer to our vision to save energy and reduce the carbon footprint along the motorway.

Olympia Odos has received two golden awards at the Energy Mastering Awards 2022. These awards recognize businesses and organizations that demonstrate an outstanding track record of achieving high energy management standards and commit to a set of sustained and ambitious targets for future improvement and sustainable development.

Olympia Odos received the Gold Award for its program “Water from the air”, which concerns an innovative system for the supply of fresh, clean and drinking water produced by the air humidity with the help of the sun, installed in a parking area of the Motorway to be tested.

•Also the Gold Award in the “Energy Innovation” category, for its program “Olympia Odos Adaptive Lighting”. This pilot program was implemented on an interchange of the motorway; it exploits data on the traffic, the weather conditions etc. to each time set the optimal lighting level, depending on the prevailing conditions.

These environmental innovations are in line with the environmental plan of VINCI Highways, and the ambition to deploy it in all its concessions in 16 countries with the aim of reaching Net Zero Emission on all its network by 2050.

VINCI Highways’ environmental plan has allowed Olympia Odos to reduce its CO2 Emissions by 25% since 2017, thanks to a global plan involving notably LED lightning and operations buildings retrofitting.

The above initiatives have also been awarded at an international level, during the Vinci Group Environment Awards organized in 2021 within the context of the VINCI Group’s Policy for protecting the Environment and dealing with the climate change.

These distinctions reinforce Olympia Odos’ ambition to invest in projects that benefit the environment and best serve drivers and travelers. They have been implemented in a pilot basis and the company plans to roll them out along the motorway. They are part of the general strategy regarding Sustainability, aiming mainly at reducing its carbon footprint by 50% by 2030.