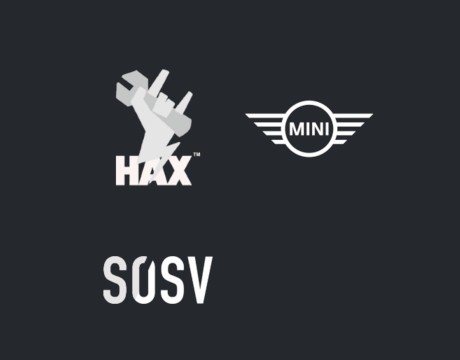 MINI teamed up with HAX to develop Urban-X

MINI of BMW says it teamed up with HAX, an existing hardware accelerator within SOSV (formerly SOS Ventures), to build a new accelerator dedicated to startups working on the city of the future called Urban-X.

HAX program runs in Shenzen, China and San Francisco, with a focus on hardware startups. The new Urban-X is based in New York City and will bridge both hardware and software with a focus on solutions for the urban environment.

The U.S. government has also started thinking about the smart city of the future. The Department of Transportation recently unveiled the Smart City Challenge, a $40 million initiative designed to help cities use innovative ideas to connect transportation assets within the urban environment.

MINI and HAX will give $60,000 in equity to each startup in the three-month program. Applications are open now for the program, which starts March 2016.