“Our long-term goal is to make self-sovereign participation in the digital economy — that is, maintaining true control over one’s digital assets — affordable for anyone in the world.”, said Alex Gluchowski, Co-Founder and CEO of Matter Labs.

zkSync fully inherits Ethereum’s security guarantees by adopting the ZK rollup architecture — the only blockchain scaling approach that relies on pure cryptography instead of collectively trusted validators, bridges, or watchers. ZK stands for Zero-Knowledge (Proofs), a family of sophisticated protocols for attestation of computational integrity.

zkSync v2 will support EVM-compatible, composable smart contracts. It is the first ever ZK rollup with a ported Solidity dapp live on its testnet.

“zkSync will enable Ethereum transactions at a much higher rate and lower gas fees than mainnet. The math used by Matter Labs is really quite beautiful, and it is remarkable to see this coming to fruition at a massive scale so soon.”, said Dan Boneh, Professor of Computer Science at Stanford.

“Matter Labs is extending the frontier of what is possible in web3 by solving the problem of blockchain scalability without sacrificing security, decentralization, or composability.By helping Ethereum scale, Matter Labs will unlock a whole new set of possible applications in web3. We’re thrilled to be partnering with them on that mission.”, said Ali Yahya, General Partner at Andreessen Horowitz.

Matter Labs intends to use the funding to expand its scientific and engineering teams and finance its business growth. “Until recently, we have been focused nearly exclusively on technological innovation. Now it’s time to put a similarly concerted effort into reaching users and developers, which will require scaling our business development and marketing efforts and building out our community and ecosystem,” said Zoé Gadsden, COO of Matter Labs. 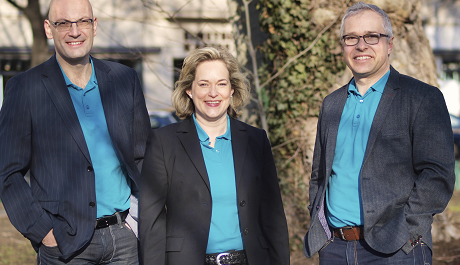