John C. Fox: “Startups in Europe are Trying to Tackle Practical Problems, San Franscisco’s are Focusing on the Next Billion-Dollar Idea” (video interview) 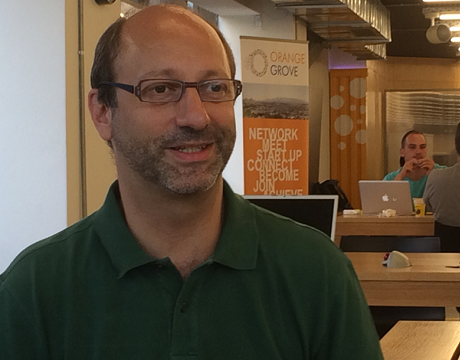 The last week he has been working from Athens, Greece through “meta-organisation” for developers Appsterdam, working side by side, connecting with and addressing talks to Greek startup entrepreneurs.

EMEAstartups.com caught up with him at Orange Grove, a startups incubator set up by the Embassy of the Netherlands, and talked with him about his ventures and experiences from the mobile apps world and the ecosystems of Athens and San Francisco.

On the interview, Fox highlights that San Francisco’s startup ecosystem is a lot different than other places in the world in the sense that it’s not focusing on tackling practical problems, like startups in Europe or other parts of the world are trying to. On the contrary, VC investment in San Francisco, he says, looks like more like gambling, with funds trying to find the next billion-dollar idea, like Facebook or Twitter.

He also advises entrepreneurs from nascent ecosystems, like the greek one, to stay focused in their beginnings on their product development and their local customer base satisfaction rather than trying to attract the attention of the ecosystem or the tech press thousands miles away, as it is USA or Silicon Valley.

Watch EMEAstartups.com’s interview with John C. Fox on the video below