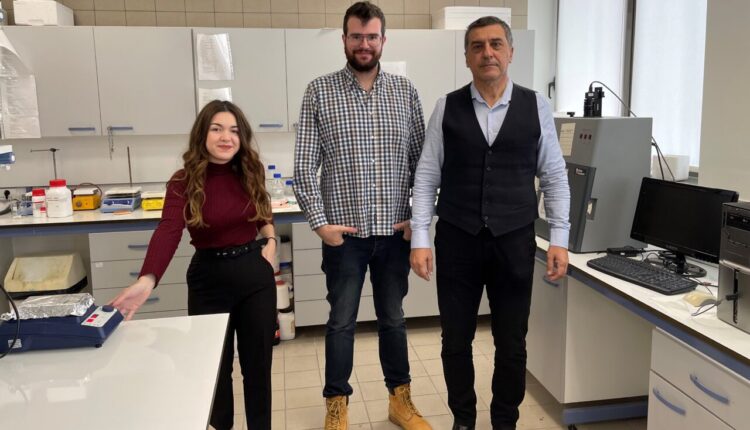 If someone thinks of nutrition (Food) not only as a gastronomic satisfaction, but as a pillar on which our health and the antioxidant capacity of food (Oxys) is built as a necessary field of control to protect the cell and the whole organism from oxidative stress that encourages a variety of pathological conditions, then automatically describes FoodOxys, a Startup based in Larissa, created as a spin-off of the University of Thessaly with the aim of leaving its mark on biofunctional nutrition and human metabolism.

The whole project started in 2019 by Professor Dimitrios Kouretas, who heads the Laboratory of Animal Physiology of the Department of Biochemistry and Biotechnology, after realizing the need to calculate the levels of antioxidants in various products and in the human body. “Metabolic health is built on five key pillars. The first three are the genes we carry, the proper diet and the required exercise, which we have known for about 25 years.

“But in the last 5-10 years, a lot of information has been added from the literature that shows that well-structured fasting and the consumption of certain foods contribute to metabolic health and that genes play a role in up to 15%,” he explains.

FoodOxys technology is based on more than 20 years of studies, scientific innovations and almost 230 scientific publications and its team applies it in two areas. The first concerns the measurement of antioxidants in food, where the company provides the ability to create product identities with a series of specialized analyses that follow them and certify them worldwide, while providing the ability to design and implement clinical trials on the effects of a product in human health, and the second is the identification of antioxidants in humans, which focuses on ensuring nutritional well-being and disease prevention through a personalized diet, exercise and fasting designed exclusively and according to the metabolic profile of each individual. With special blood tests, the members of FoodOxys see in detail the expression of critical genes related to the body’s antioxidant defense, its anti-inflammatory potential and the basic cell defense mechanism, and based on specific algorithms form a personalized framework for the daily routine. “We can identify the metabolic changes caused by foods (such as cheese, olive oil, grapes, etc.), under specific conditions and doses. “It all revolves around key and critical genes, such as NRF2 and mTOR, etc., which are associated with the synthesis of important antioxidants in the body (such as glutathione), cytoprotection from harmful factors and anti-aging,” explains the Scientific Analyst Director at FoodOxys Zoi Skaperda, adding that the nutritional intervention is done personally and individually. “The diet plan is implemented for at least 15 days, with an optimal duration of one month, so we take blood again and see the changes in the critical genes and the general picture, which works as a very useful tool for doctors, dieticians and ultimately for the people themselves.It is recommended to repeat the test 1-2 times a year, in order to determine whether the beneficial effect of its diet on human metabolism is maintained.”

FoodOxys, which joined Elevate Greece this year, not only managed to receive funding from Uni.fund from its first year of operation, but also to introduce, after approval by the European Intellectual Property Office (EUIPO), the first European certification trade mark for agricultural products related to food bioactive quality, under the name AFQ (Activity FoodOxys Quality). “Until now, there has been no trade mark to give added value to agricultural products.”

The trade mark came to prove in practice their value and it is important because it aims to upgrade local products, as long as the ministry and the companies embrace it “, points out Mr. Kouretas.

As the CEO of the company, Fotis Tekos, describes, until recently, the information about the contribution of the products to our health did not appear, that is, the consumer did not know what the product was offering him. Now, seeing the product with the trade mark, he will be able to trust it because he will know that it has been tested and that it is of high quality and at the same time he will be able to compare similar products and choose the one with the highest rating (eg a honey has AFQ 20 mark , while another AFQ 10). “The AFQ brand, by increasing the added value of the products, benefits both the producers and the representatives of the retail trade, since both will be able to sell their certified quality products at more expensive prices.”

The innovation that distinguishes FoodOxys from other companies of its kind is that a significant part of its shares has been distributed to young researchers who are graduates of the Department of Biochemistry and Biotechnology of the University of Thessaly, who work in the company. In this way, young scientists stay in Greece and invest in the country. According to Prof. Kouretas, the next steps of FoodOxys are agreements with large companies in Greece and abroad, the hiring of staff and the creation of a service that can be enjoyed by anyone from anywhere in the world.

How Hellas Direct made insurance “green”