Mentionlytics:A Startup with cretan DNA among the most well-known platforms of social analytics 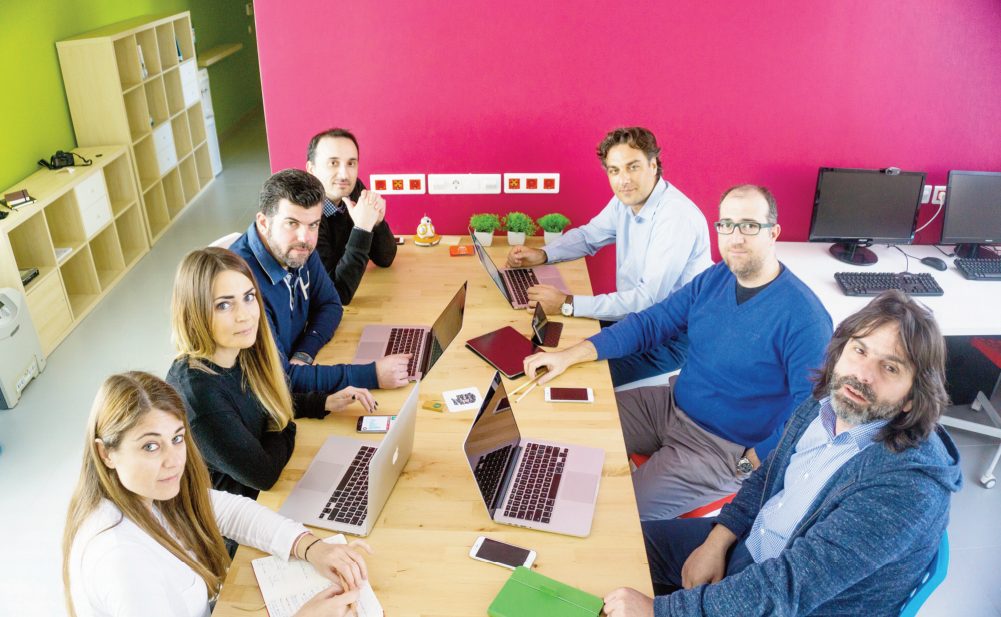 ​Mentionlytics is not the “classic” example of a Startup that we usually see in Greece. Although the main part of the team comes from Ierapetra, Sitia and Anogia of Crete island, it was initially developed abroad “chasing” customers in the USA and all over the world.

Today, almost five years later, the company has matured, has reached a key point for development and it also focuses on its roots and aims at conquering the domestic market.

Mentionlytics is a Web and Social Media Monitoring “smart” Platform, whose first edition was launched in 2016.Its founders, Manos Perakakis, John Kopanakis and George Mastorakis wanted to create a flexible, easy-to-use and affordable tool for every business, a tool that was hard to find until then. Bearing that in mind, with a powerful team that believed in the idea, they developed a platform which today has received important distinctions and awards while it has managed to have active users in more than 100 countries!

Mentionlytics is constantly seeking keywords that the user has set in all the well-known Social Platforms, the Web and the news and gathers them in an easy-to-use environment. Basically, it uses words such as the name of a brand or a product and collects every online information on the Web concerning them and it even provides Sentiment Analysis. Thanks to it, the user-business can watch the full picture of its Web presence and of its competitors on a daily basis with diagrams and reports.

The service offers a complete Monitoring solution of the business’s Web picture, different from those available on the market. There are several reasons why Mentionlytics stands out. First of all, according to its founders, it is easy-to-use and offers affordable prices compared to other products. Also, thanks to its Free Trial model it has managed to attract Signups from all over the world and utilized its users’ feedback to develop. Finally, it has created a series of innovations such as SIA (SocialIntelligentAdvisor), an AI system that analyses data and gives practical advice.

For all the above reasons, Mentionlytics today has a “strong” client portfolio, mostly from foreign countries, which consists of Marketing and PR Agencies, Consultants, bank institutions, hotels, insurance companies, eshops and in general companies with strong Web presence. That’s why the company has received awards such as the HighPerformer and Best Support from the trustworthy platform G2 and HighPerformer και Best Support at Capterra while it has gained users’ confidence who rate it at 4,9 out of 5.

Now, having achieved these, Mentionlytics invests again in “itself” and enters a new circle of growth in our country. Lately, there has been a significant growth in the greek market since more and more businesses recognize the need for monitoring their digital fame and the new form of “indexing” that Mentionlytics offers. It intends to build its presence in Greece, by “investing” and empowering the Greek companies with a new “gun” that was missing from their quiver.

On its path, it will have as allies its products, its client portfolio and programs such as MicrosoftforStartups. In the future, this course could be reinforced by a VC, which will facilitate its Scale-up, which however is not necessary. Besides, the company is supplied by its own means, reinvesting its revenue.

Hack The Box: Investment of 10,6 million dollars from international Vcs