Flink: Founded in January in Germany, today it is a unicorn 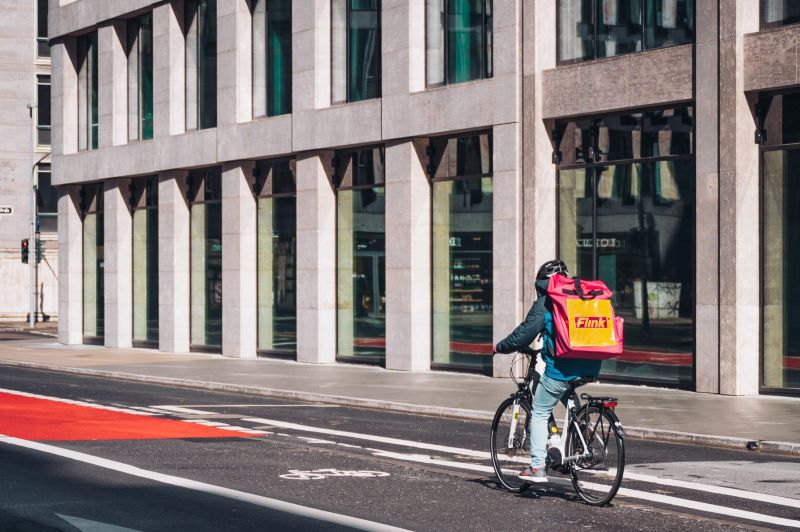 By the looks of things Flink holds the record of the fastest unicorn in Germany since it was founded last January in Berlin and recently completed a new round of funding of about 600 million euros, with its value reaching 1.8 billion euros according to information from WirtschaftsWoche, taking the record from the hands of its major competitor Gorillas.

The recent round was attended by the American food delivery company Doordash from San Francisco, which was close to investing in Gorillas, while existing investors Rewe, Cherry Ventures and Northzone also participated.

Flink was founded earlier this year by Oliver Merkel (former director of the consulting firm Bain), Christoph Cordes (former co-head of Home24) and former Foodora co-founder Julian Dames. Flink currently maintains more than 100 small warehouses in Germany, France and the Netherlands. Distributors deliver food and other supermarket items to the platform’s customers within ten minutes, at a charge of 1.80 euros.

On the other hand, Gorillas was founded and became gigantic in the midst of the pandemic and the lockdowns, connecting consumers with suppliers of fresh food and not only from farms outside cities with orders arriving within 10 minutes! Gorillas has been currently raising 1 billion dollars with its value reaching 2.1 billion dollars.

While still in Greece and other countries the delivery especially of food from supermarkets takes place within the day with a few exceptions, as for example in e-kioskys, efood, wolt, Instashop, which deliver within 20-45 minutes, in Europe we see that we have fallen to 10 minutes. We understand that in order to achieve this time there must be a “perfect” logistics system with thousands of distributors and of course scattered warehouses of products with AI in demand forecasts but also especially in routing.

Especially in Germany, competition is flared up in this category since the Turkish unicorn Getir has already begun deliveries to Berlin with the value of the company exceeding 6 billion euros, being the most valuable startup in Turkey founded in 2015.

The Czech Knuspr service has just begun its services in Munich and Wolt has also launched food deliveries to Germany.

We should not forget the big investment – acquisition of Greek interests Instashop by Delivery Hero which now has a presence in food deliveries within 45 minutes, beyond the United Arab Emirates, in Greece, Egypt, Bahrain and Lebanon as well.

Distinction of INTERAMERICAN as the digital insurance of the decade