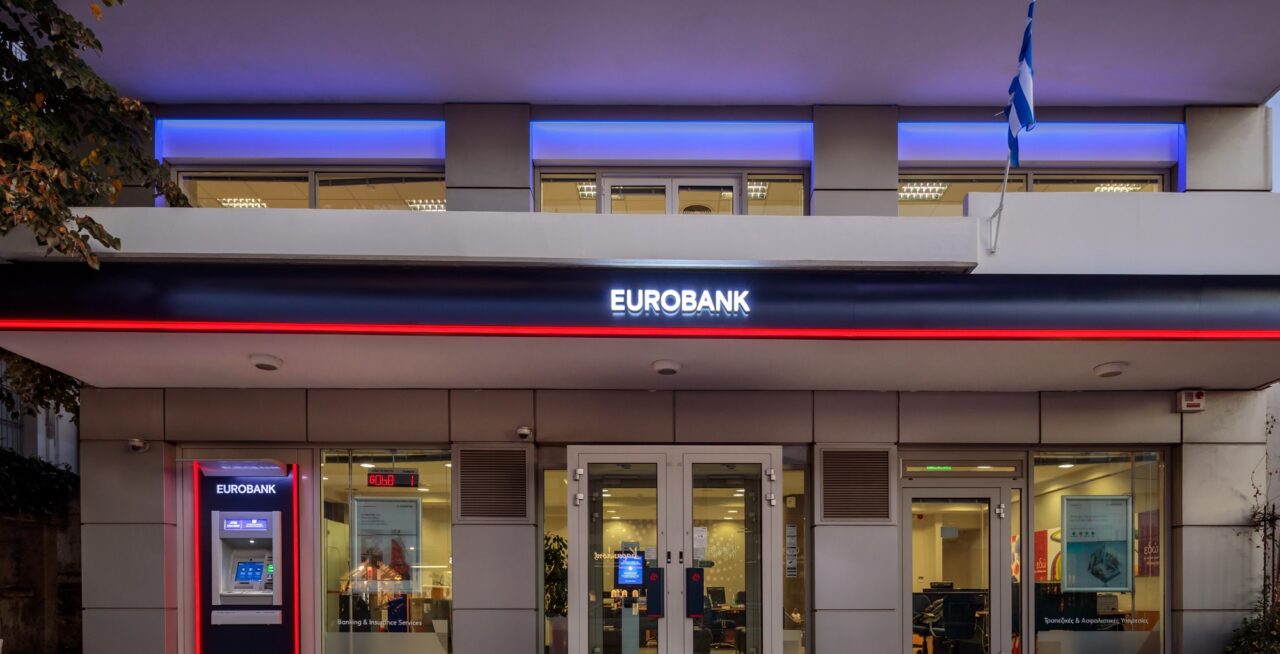 Eurobank had a strong performance both at the nine-month and quarterly level, despite the ongoing challenges in the domestic banking market. In the period January-September, the bank’s profitability, capital adequacy and new disbursements were at high levels, even surpassing the previously estimates.

At the same time, the third quarter’s financial results are a turning point for both the bank and the entire Greek banking system, as the ratio of non-performing loans fell to single-digit levels for the first time in the last decade. At the same time, the fall of the NPE index below the 10% threshold marks a change of page for Eurobank, which is preparing feverishly for the next day, focusing on households and businesses, largely free from the burden of non-performing loans.

“Having successfully faced the latest challenges, we are turning all our energies to expanding our operations, thus supporting the achievement of the key objectives of economic policy – the transition to a new model of sustainable and inclusive growth and the recovery of the investment grade for the country.The Greek economy is expected to grow by more than 7% this year and maintain high rates in 2022. It is important and realistic at the same time to achieve an average growth rate above that of the Eurozone, of 4%, over the next five years, by making full use of European resources and attracting international and domestic private capital for investment.

In the third quarter of this year, the bank continued to achieve strong performance at all levels, surpassing our initial estimates. Pre-provision revenues increased and combined with a significant decrease in provisions led to a 61% increase in EBITDA.

Net profit amounted to 300 million euros in the first nine months of the year, with a significant contribution from our international activities. Loan disbursements amounting to 5.3 billion euros in Greece for the same period highlight the growth momentum, which is expected to strengthen. Private sector deposits increased by around  4 billion euros in 2021. Households and businesses have a significant liquidity buffer that can support consumption and investment in the near future.

Eurobank is the first Greek bank to leave behind the problem of non-performing loans. We are therefore in an advantageous position to make the most of the growth prospects of the Greek economy and the positive economic environment in all our key markets.

We support our customers to benefit from the upturn and the communities we serve in order to achieve sustainable and balanced prosperity”, said Eurobank’s CEO, Fokion Karavias, welcoming the bank’s financial results.

–Adjusted net profit amounted to 298 million euros in the nine months of 2021, with net profit after restructuring costs and other extraordinary results amounting to 216 million euros. The net result includes a loss of 72 million euros from the Securitization of Mexico.

–Net fee and commission income strengthened by 18.4% year-on-year in the nine months of 2021 to 326 million euros mainly because of revenues from the Network’s operations, rents and loans. Net commission revenues increased by 6.1% compared to the second quarter of 2021 to 117 million euros and accounted for 65 basis points on total assets in the third quarter of 2021.

–Operating expenses remained at the levels of last year’s nine-month in Greece, while they increased by 0.5% at group level and amounted to 650 million euros in the nine months of 2021. The cost-revenue ratio remained consistently below 50% at 46.8%.

–Total pre-provision profit decreased by 17.6% in the nine months of 2021 and 3.9% in the third quarter due to other lower  revenues.

–Provisions for bad debts amounted to 318 million euros in the nine months of 2021 and accounted for 113 4 basis points on average lending.

–Organic operating profit amounted to 357 million euros in the period January-September, recording an increase of 60.8% compared to the same period last year.

–Following the signing of an agreement with doValue for the sale of part of the mezzanine notes and junior notes of the Mexico securitization, the NPEs index stood at a single-digit rate of 7.3% 4 at the end of the third quarter and was the lowest among Greek banks. Total NPEs fell by 3.2 billion euros this amounted to 2.9 billion euros per year at the end of September. The formation of the new non-performing exposures was negative by 26 million euros in the third quarter of 2021. The coverage of NPEs by the cumulative provisions strengthened to 72.8%. The completion of the Mexico transaction and the de-consolidation of the loans is expected to take place in the fourth quarter of 2021.