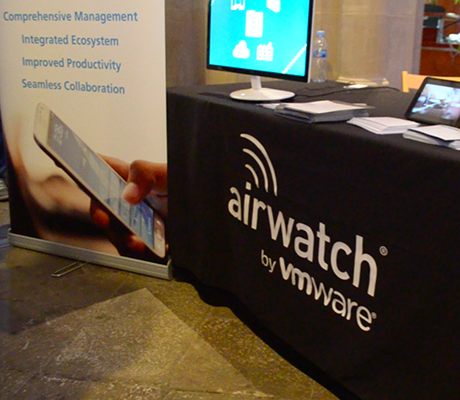 One year after the official announcement of its acquisition from VMware, during the 2014 edition AirWatch, a leading company in enterprise mobile management, returned to Mobile World Congress.

During the conference AirWatch announced it will be supporting Samsung’s new flagship Galaxy S6 device and KNOX 2.4 as well as the new Micorsoft’s Lumia devices (all of them announced during MWC 2015).

AirWatch platform integrates with existing enterprise systems and allows enterprise customers to manage all devices, regardless of type, platform or ownership, from one central console.

As Alan Dabbiere, Chairman of airwatch by VMware, says EMEAstartups.com, the company has already surpassed 15.000 customers in its 4 years of existence.