4YFN gathers 12,500 attendees and reaches 5,200 meetings between entrepreneurs and investors 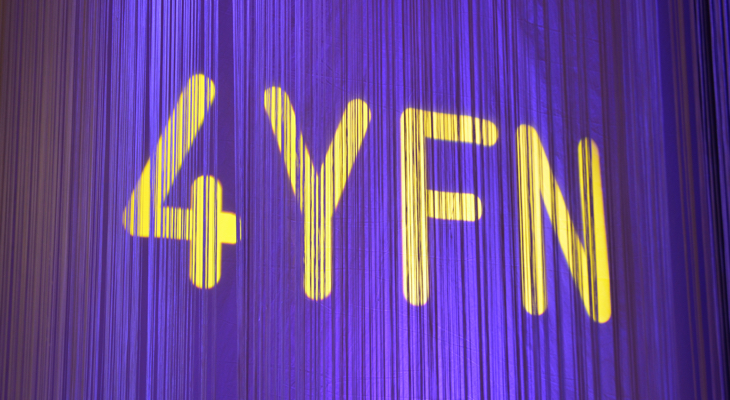 4 Years From Now (4YFN), the Mobile World Capital Barcelona global business platform for the growing community of technology startups, closed the third edition of the event with 12,500 attendees, 50% more than the previous year.

The event, organised by MWCB along with the GSMA Mobile World Congress, gave rise to a total of 5,200 meetings between investors and entrepreneurs at the five Founders & Investors Speed Dating sessions.

New developments this year included an increase in pitching activities like Founders & Investors Pitching Startups, the Pitching Point and Pitch the Press. Startups and entrepreneurs enjoyed access to more than 30 hours of programming aimed at maximising their interaction with agents, key to the development and consolidation of their projects.

4YFN has trained 2,500 people through its programme of workshops, more than 230 speakers have participated which has amounted to 160 hours of talks on the event’s three thematic pillars: Disrupted by Mobile, IoT (Internet of Things) and Digital Media. Rich Miner, the Co-Founder of Android, Inc. and Investment Partner at Google Ventures; Jimmy Wales, Wikipedia Co-Founder and CEO of the social network TPO; Israel Ruiz, Executive Vice-President and Treasurer at the Massachusetts Institute of Technology (MIT); Nicola Mendelsohn, EMEA Vice-President at Facebook; Marcus Weldon, CTO of Nokia; and Niklas Zennström, Skype Co-Founder and Partner and CEO at Atomico, were among the featured speakers who took to the Banco Sabadell stage at 4YFN.

ThingThing, a virtual keyboard for mobiles that provides access to photos, documents, calendars, etc. while one chats or sends an email; Slock.it, an infrastructure that allows anyone to rent, sell or share objects without intermediaries; and Pixoneye, technology that analyses the behaviour and preferences of users through pictures and images they post on the Internet, won the 4YFN Awards, the competition for startups, in the Disrupted by Mobile, Internet of Things and Digital Media categories, respectively.

4YFN also hosted the final of the Global Mobile Innovators Tournament, the global competition organised in collaboration with IBM to bolster the creation and development of innovative solutions related to the Internet of Things. Grindbit, a headband that helps to monitor the user’s nocturnal movements of jaw and teeth pressure. The winner of the Smarter Healthcare category were InnerSpace, a mapping and location platform for interior spaces that generates 3D drawings in seconds for Smart Home & Buildings; and Brainstat Studio, a solution that monitors drivers engaged in all types of transport services for Connected Travel & Transportation.

A landmark forum for innovation

Business France chose the event as the site to carry out its French Tech Hackathon at 4YFN. For three days, nine teams worked to present a prototype of the most disruptive connected device under the guidance of experts from Agorize, Numa, Netatmo and Sigfox. Carmen, an innovative connected pillbox, was the project winning this technological development marathon.

In the context of 4YFN, Scytl and Telefónica Open Future_ have announced their plans to launch OpenSeneca, a new digital platform that will bridge the gap between citizens and their elected representatives and advanced democratic participation.

4YFN 2016 also included a demo day on Startupbootcamp IoT & Data, showcasing the progress made by 11 startups forming part of its acceleration programme.