With its motto: "The smart systems of a city produce value only when we operate them properly" and in full cooperation with e-trikala and the Municipality of Trikala, Dotsoft inaugurated the first Smart City Operation Center in Greece 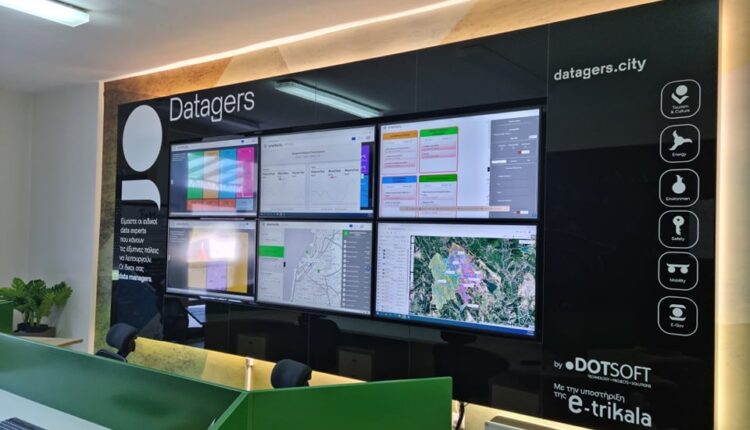 Share
Since October 2021, Dotsoft operates together with the société anonyme of the Municipality of Trikala – e-trikala the first Smart City Operation Center, as announced by Dotsoft.
The company began the development of a platform for the management and utilization of smart city data in 2015 and more than twenty Greek cities use it daily. Based in Thessaloniki and with offices in Ioannina, Trikala and Heraklion, it employs more than 50 specialized computer engineers, analysts and experts in data processing produced by smart city applications. The SmartisCity platform (www.smartiscity.gr) has been installed in large municipalities such as Kalamaria, Patras, Preveza, Alexandroupolis, Rhodes, Drama and in smaller municipalities such as Zitsa, Pogoni, Zagori and Filiates, satisfying the very special requirements of the Greek Municipalities.
The vision of the company from the first steps was the development of a solution based on artificial intelligence and big data analysis technologies that would operate in the particular environment of Greek Municipalities, knowing the difficulties that existed and exist until today. The course of the company to date shows that the response and interest of municipalities is great.
Dotsoft, having today more than 20 productive projects with the smart city platform SmartisCity, quickly realized that the big challenge of these projects is not just the installation of such a smart city solution, but the daily operation of the systems and the utilization of the data produced and helps in decision-making, making modern Municipalities more efficient. Investing in smart city solutions when applications are not in use every day ends up not being immediate makes the value of the investment  not immediately understood by local authorities.
With its motto: “The smart systems of a city produce value only when we operate them properly” and in full cooperation with e-trikala and the Municipality of Trikala, Dotsoft company inaugurated the first Smart City Operation Center in Greece utilizing its know-how and the experience of the executives of the developmental municipal enterprise in the design of a flexible and and productive operating center. The specialized executives who operate the smart city control center every day are called Datagers (they are the Data Managers), they are the special data experts who make smart cities work. They are the data managers. Datagers (www.datagers.gr) are the first in Greece and the Balkans to offer data management services especially for smart cities. 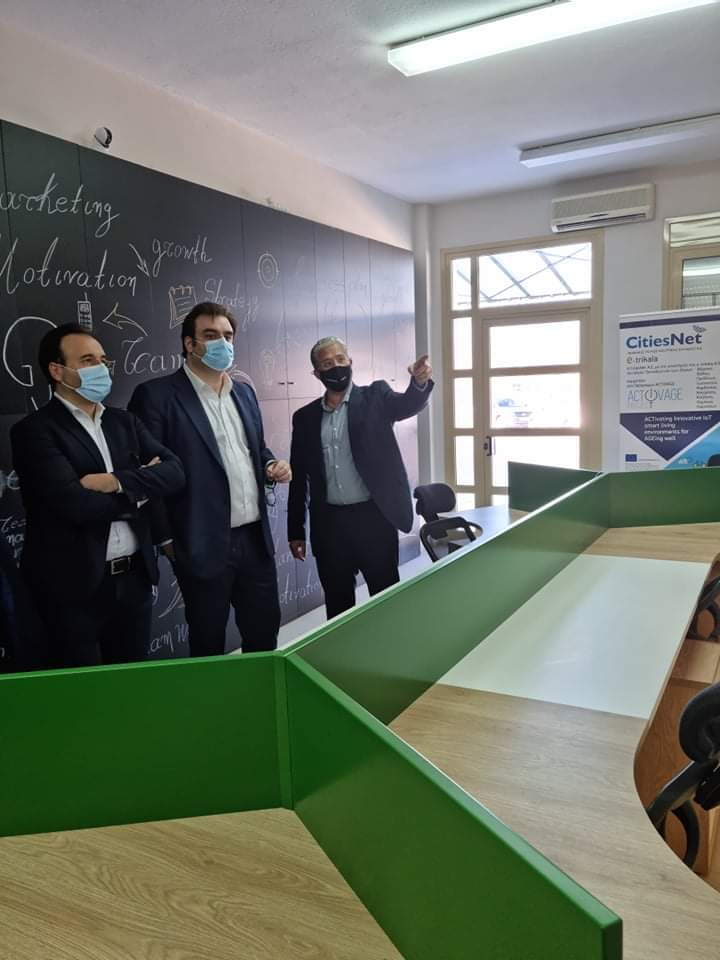 According to the same announcement, the first Smart City Operation Center was visited by minister Kyriakos Pierrakakis, deputy ministers George Georgantas and Thodoris Livanios and general secretary Leonidas Christopoulos, with the mayor of Trikala and president of KEDE, Dimitris Papastergiou, on December 17th and saw up close the way it works with the Datagers.
The Smart City Operation Center is the brain of a modern and digital city, integrating and interconnecting information and processes from different systems. It is an innovative service of Dotsoft which ensures the full utilization of systems and smart applications freeing municipalities from the organization of such a structure.
Who are they and what services do Datagers and Dotsoft’s smart city centre offer?
•Support, operate and manage any smart city platform regardless of provider
•Manage, process and analyze data, reporting for each smart city to make the right decisions
•Use of business intelligence systems (BIs) and artificial intelligence algorithms to visualize and analyze smart city data
•Ability to operate remotely the smart city systems with the Smart City Operation Center as a Service model
•Management of all the smart city data from the GiSeMi business center in Trikala, the city of innovation and technology
Dotsofte-trikalaMunicipality of TrikalaOperation CenterSmart City
Share

Simpler: Funding of 1 million euros for  user-friendly and instant checkout