The Greek innovation ecosystem is under close examination by Israel 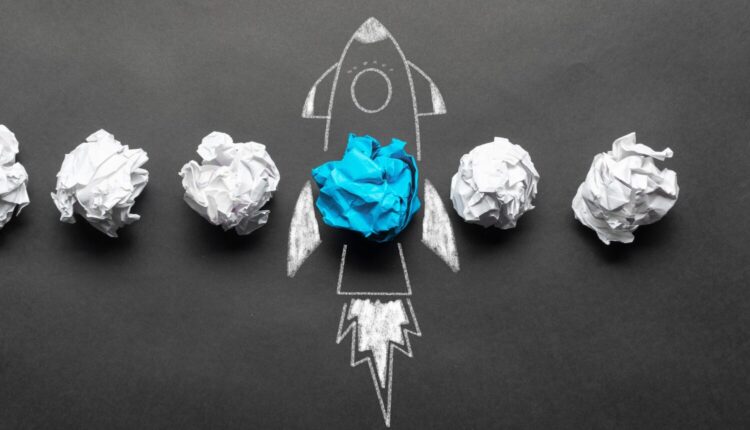 Israeli investors, technology companies and entrepreneurs are currently examining the Greek innovation ecosystem, as a number of factors, such as the lack of software engineers in Israel and the strategic geographical position of Greece, create a “healthy horizon” for their expansion in Greece. Cobi Bitton, CEO of the Israeli-Greek Chamber, based in Tel Aviv, talked to AMNA and “sees” the prospect of possible collaborations in the field of cybersecurity, where Israel is a leading power, attracting 40% of the global investments made in the sector.

“Today you can see Israeli companies considering the development of activity in Greece, through the acquisition of local businesses, the exploration of the possibility of developing new activities or the improvement of existing ones, the entry into cooperative schemes and the establishment of representative offices – this is happening much more than in the past.The situation (shortage) of software engineers in Israel, the level of salaries in Greece, which are still far from the corresponding means in Israel, the cost of living in general, the fact that your country is a gateway to Europe, Africa and other countries, the relative political stability, the current development plans of the Mitsotakis government, the changes in the regulatory framework and the significant investments in the development of infrastructure and transport, the deepening of the tourism industry, the intention to improve the agricultural sector and the current government statement on the development of Greece into a regional investment center, create a healthy horizon for the Israeli investor and entrepreneur. This allows for expansion and development in a country that accepts Israelis as brothers,” Mr. Biton points out.

How the new “Periphery Doctrine” stimulated relations with Greece

According to the CEO of the Israeli-Greek Chamber, the positive change in the relations between the two countries over the last decade is remarkable. The crisis in Israel-Turkey relations, Mr Biton points out, has prompted his country to reconsider its regional alliances. This is because in the 1990s and early 2000s, close relations with Turkey were the pillar of Jerusalem’s strategy, as far as the Middle East is concerned. “In this sense, the strengthening of Greek-Israeli relations is part of the new embodiment of the Israeli ” Periphery Doctrine”. At the same time, it is indisputable that the global financial crisis of 2008 and the Debt Crisis of Greece were factors that prompted Greece to reconsider its policy”, he believes.

Mr. Biton also adds that the discovery of natural gas deposits gave a strong incentive for closer cooperation, although mainly between Israel and Cyprus, but Greece also wanted to play an active role in energy relations. “The potential for (gas) exports to EU markets made closer co-operation with Greece an attractive option, which became more strongly apparent when it became clear that the Israel-Turkey pipeline was a less likely alternative.” notes Mr. Biton, adding that the good relations between the two countries in the Mediterranean have generally formed fertile ground for closer cooperation between entrepreneurs, investors, opinion leaders and their political leaders. “The change of government in the two countries, in Greece in 2019 and in Israel in 2021, has strengthened – and will probably continue to do so – these factors,” he adds.

The geographical proximity, the two hours flight, the Greek culture and the “lingua franca” of the businessmen

What makes Greece a “smart” destination for the expansion of Israeli businesses? “International development tends to be a critical target for Israeli Startups, because Israel has some inherent limitations – namely, that raw materials and energy sources are in short supply and that the Israeli market is relatively small.Greece offers many attractive properties for Israeli companies wishing to operate internationally, such as political stability. Also, the geographical proximity. Some Israeli companies choose to expand into the U.S., which can be a smart move. However, Greece and Europe have the advantage of being geographically closer. Proximity also means that they operate in similar time zones, but also that the two-hour flight, with a few airlines, facilitate operations between Israel and Greece, but also from Greece to neighboring states and many third countries”, he notes.

Also, an attractive property of Greece, which attracts Israeli investors, is cultural adaptability: “Israeli companies are familiar with Greek culture and adapt comfortably to this cultural climate.It is also noteworthy that many Israelis speak English as a second language and English acts as a “lingua franca” in the business sector in Greece”, says Mr. Biton and adds that another positive factor is the possibility of developing partnerships and grants for Research and Development in Greece as part of the united Europe.

In which fields of cybersecurity could there be Greek-Israeli cooperation

Israel has very extensive expertise in the critical field of cybersecurity, and its territory is home to some of the industry’s most powerful companies in the Middle East. How is Israel developing in this field and what kind of partnerships with Greece and Greek businesses would be desirable and possible? “Smart decisions and the need for protection have made Israel a world leader in cybersecurity, with 40% of all investments in the industry being made in the country. The Israeli government has set a vision for Israel to be a leading nation in harnessing cybersecurity as a locomotive of economic development, social welfare and national security. In addition, Israel’s national cybersecurity strategy aims to ensure the country’s role in the international arena, as a leader in technological innovation and as an active partner in the global processes of cyber formatting,” Mr. Biton underlines.

It adds that the State of Israel sees international cooperation in the field of cybersecurity as a critical element in the existence of a cyberspace that acts as a safe, free and global sphere of activity. This is at a time when the pandemic has intensified cyber threats, with the five dominant ones worldwide being related – as it says – to ransomware, supply chain attacks, attempts to exert (malicious) influence, critical infrastructure and the growing role of Artificial Intelligence.

When asked in which fields he “sees” desirable and possible collaborations between Greece and Israel in the field of cybersecurity, he talks about synergies between government authorities fighting cybercrime, about encouraging and supporting business partnerships aimed at the joint development of means and solutions (fighting cyberattacks), as well as the establishment of common training centers. Another area of cooperation could be, according to Mr. Biton, the creation of a common fund by the governments of the two countries, which would support Greek, Israeli and community enterprises, with the aim of protecting the assets, virtual and physical borders and national infrastructures of the countries, better informing citizens and the early detection of attempted invasions and attacks, from elements either hostile or seemingly friendly.