However, the funding of quality research between universities and research centres is considered to be incomplete 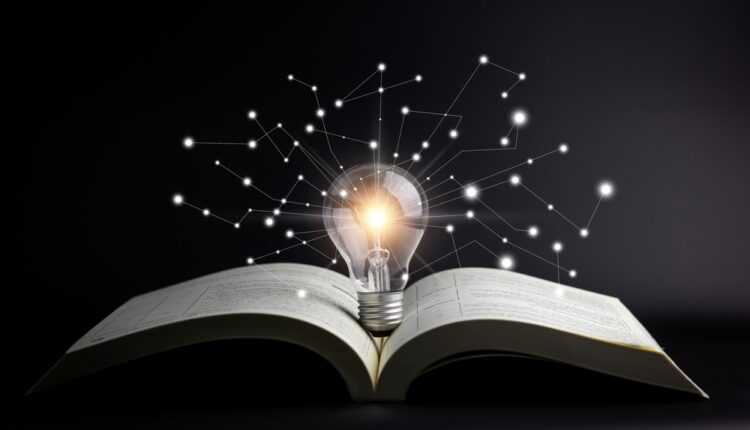 “Institutional bodies and business exploitation of Greek research” were at the heart of the briefing of the members of the Research and Technology Committee by Spyros Artavanis-Tsakonas, president of the National Council for Research, Technology and Innovation and professor emeritus at Harvard Medical School and the Collège de France and Pericles A. Mitkas, president of the National Authority for Higher Education (HAHE) and professor at the Aristotle University of Thessaloniki.

Both professors described the strengthening of the funding of university research and its interconnection with the labor market and the upgrading of quality research as a key to the development of the Greek economy. At the same time, they focused on the long-standing problems that exist, stressing the need to formulate a national strategic plan for research, which they said should have bipartisan support.

“We see that the climate is changing, systematic efforts are being made to integrate the Greek innovation map at the international level, there is a good climate at the moment, we see it with resounding exports of Greek companies, but the indicators are not yet satisfactory,” said the president of the National Authority for Higher Education (HAHE), Pericles Mitkas.

“The next step should be to fully record the Greek map of all research centres and programmes. It is very important to make an assessment of the maturity of research programmes. In this way, we will have a picture of the direct exploitation of Greek research in the international markets and we can proceed to targeted funding”, he noted.

“We must do our utmost to promote the quality of Greek research and support must be bipartisan. Research is perhaps the only opportunity to invest, as a small country that we are. We have no choice to be competitive. Investing in research is a necessity, not a luxury,” said the President of the National Council for Research, Technology and Innovation, Spyros Artavanis-Tsakonas.

“We are at a crossroad and dialogue between the scientific community and politics is more necessary than ever.Knowledge and research are a huge asset for our country from an economic and educational point of view”. A prerequisite for innovative ideas, according to the speaker, is exclusively one – the quality of research. “Only it can compete internationally. It is not possible to create a system that promotes research if it is not internationally competitive. We are not moving forward. In Startup there is a huge appetite, but unfortunately the successes do not come from heaven, but it is the result of a good idea that will come from a research office or laboratory.”

“Greek research could stand at the core of the country’s development policy. Greece produces more scientists than it absorbs. A part of these remarkable scientists could be used in our country in research and innovation in new small and medium-sized enterprises. We are already seeing this happening in some areas. Research is really a driver of growth and needs to be supported. Greek researchers work mainly for European industry. That is where we must intervene in order to introduce funding for the Greek standards. There is no clearly defined research policy. Non-lasting research, changes and fragmented funding, different types of research programmes do not lead to value-added programmes”, he underlines.

“Greek universities have come closer to business, a very important step has been taken, but we still have a long way to go to say that we have got to where we need to be. We are, however, heading in the right direction.Of the 716 million euros channelled to universities in 2019 for research projects, 56 million euros came from businesses. The relationship of universities with the economy of industry and the labour market has changed in recent years, important steps have been taken, and mistrust has been overcome. Important steps have been taken to bring Higher Education Institutes closer to the labour market.

Our performance is good enough to attract funds from competitive European programmes. The presence of Greek universities in the international ranking lists remains relatively strong”, said Mr. Mitkas and continued: “Innovation and entrepreneurship are no longer a taboo, they are offered by all universities. It is important to record innovation and the potential of universities.”

“We expect significant research funds in the coming years. Many opportunities will emerge for new research entities. We will have to decide whether our universities will be a driving force for growth to transfer research to the economy.” concluded Mr. Mitkas.

The President of the National Council for Research, Technology and Innovation, Spyros Tsakonas, gave emphasis on the quality of research, stressing that it is the key for the promotion and competitiveness in the international environment.

“Many of our scientists finish with very good studies in Greece and leave because they do not find a job. This is disastrous. We are too few to lose people. Research in Greece is not competitive at an international level, apart from a few exceptions. Wrong,” he commented.

“An upgrade of Greek research is needed. Science made leaps and bounds and left us behind. Greece must compete in areas where we have a base. So we can develop a ‘smart business’, based on research”, he stressed. At the same time, he spoke of “fundamental causes that did not allow the development of Greek research”, such as the provision of money is done without any strategic plan and without meritocratic criteria that had to be made by independent, internationally scientifically renowned evaluators.There has been a lack of stable predictable research funding over time.Also, the few, limited sources of money are fragmented. There is a total lack of synchronisation between the relevant ministries for funding and bureaucracy prevails at all levels and is a brake on the upgrading of research. Moreover, Special Account for Research Funding is linked to the public operating system and would be particularly important if they were released.There is an administrative separation of research between universities and research centres. Finally, there is no strategy for funding research.

“I have seen from the Recovery Fund that a priori programmes have been approved, which in my opinion stand on a flimsy scientific basis. How is it possible? The key to moving forward is to ensure a proper mechanism so that funding is done properly and no resources are wasted. Greece does not have a central body to draw up a research strategy and distribute the funds on the basis of merit. The lack of such an organization, the unstable policy in research, the fragmentary and opaque waste and the non-meritocracy, does not help the Greek research to be upgraded”, he pointed out.

“There are forms of funding and they are not negligible. The only solution to correct these diachronic problems is the creation of a single research body.” concluded Mr. Tsakonas.

How do Greek workers view teleworking in the post-covid era?