Sense is one of the first two Spin-offs of the Technical University of Crete founded by the internationally recognized in the field of Geoinformatics and UAVs research group of SenseLab.The Spin-off offers a number of original technological products related to Earth monitoring, location services, and the implementation of specialized unmanned systems in all aspects of their applications, with features that are not found even at international level

How interesting it would be if there was a way to bring the space data in the classrooms, upgrading the educational process with new technologies, while opening up ways for new people in Science. This seems to have been taken into consideration, among others, by the research team of the SenseLab laboratory of the Technical University of Crete when they created SandMap a few years ago-for which it was already distinguished internationally – a tangible information system and at the same time an innovative way of teaching Geography, History, Physics and other subjects of primary and secondary education, in which the user can freely form volumes of sand, simulating three-dimensional formations and through appropriate sensors to create a live interactive three-dimensional map that adapts in real time.

However, SandMap, which is also useful in the management of natural disasters, is only part of the remarkable research potential of the SenseLab Space Informatics laboratory, the award-winning team of which recently decided to take the next step and commercially utilize its research results, founding one of the first two Spin-offs of the Technical University of Crete under the name Sense. 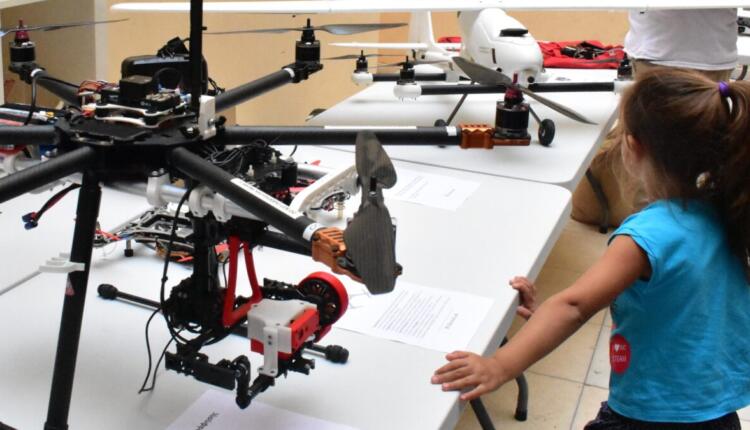 “The gap that the company came to fill includes a number of original technology products that concern the monitoring of the Earth, the positioning services, and the implementation of integrated autonomous unmanned systems in all aspects of their applications, with capabilities that are not found at an international level”, describes one of the co-founders of the company, the Associate Professor of Geoinformatics Mr. Panagiotis Partsinevelos, explaining that the company is based in Chania and consists mainly of members of the Technical University of Crete and alumni/doctoral students of the team, such as Mr. Georgios Petrakis and Mr. Angelos Antonopoulos, as well as experienced associates in the professional and research field, such as Mr. Achilleas Tripolitsiotis and Mr. Chrysanthos Steiakakis.

Sense specializes in the field of UAVs/Geoinformatics/IT and addresses a wide range of companies at B2B level for the provision of specialized services, the development of original products of considerable specifications, but also for the cooperation on its already implemented solutions that can enter the market in construction, energy, defense, transport, health, etc.

As Geoinformatics, in which several of Sense’s products can be met, includes the concepts of Satellite Positioning Systems, Remote Sensing as well as Geographic Information Systems (GIS), it is easy to understand that its object concerns the focal center of many applications. Based on the visualization and know-how offered by the research mentality of the team, innovation products are implemented with a disruptive and at the same time socially useful mood.

Sense’s products and services are addressed to all aspects of the development of prototype unmanned vehicles as well as specialized IT solutions in the field (such as for topographical equipment and mapping companies, education, health and recovery structures, shipping companies, cooperatives and companies engaged in precision agriculture, civil protection, fire brigade, environmental organizations, local government, etc. Of course, we also address to the whole range of companies that want, or are already involved with unmanned systems, where we offer, with our know-how, optimized solutions in terms of either manufacturing, programming, or the development of specialized algorithms, sensor integration, automation, etc.”, adds the Greek scientist. 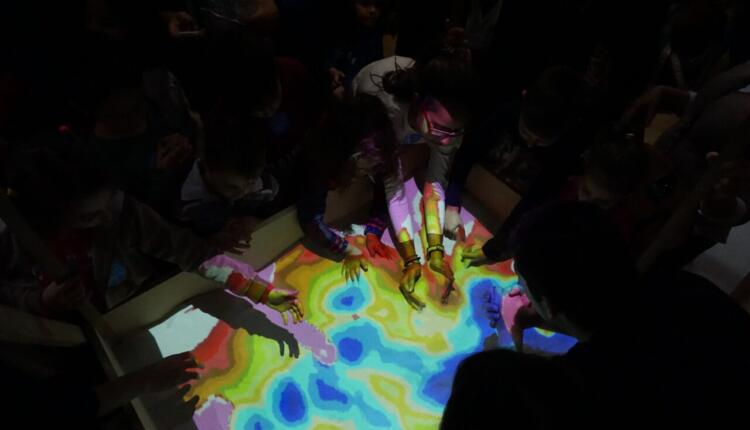 The company started in the summer of 2019 after many years of participation of the laboratory in international business events, competitions, incubations and trainings by various institutions (e.g. MIT, AZO). The products of the laboratory were enthusiastically accepted by the business world, due to the particular added value they offered, the real innovation and the noticeable technological superiority.

“Apart from the recognition and the awards in highly competitive competitions, what was of particular value to us is what we heard during the breaks of conferences and events, where we were approached by well-known companies and colleagues from the most prestigious universities in the world and asked us for some advice or contribution to their projects. We had already seen over time several of our ideas and unprecedented implementations evolve into successful products, a fact that gave us confidence, beyond the research and for our utilitarian and business perspective”, notes the Professor referring to the breadth of Spin-offs products that are at a level of prototype testing, as the laboratory which he leads is a “generator of ideas” with added technological value, with substantial contribution to issues and problems that concern society and mainly structured with the ethics of the actual contribution and use of scientific conditions and terms that unfortunately today are used broadly for known reasons.

A research team with many distinctions 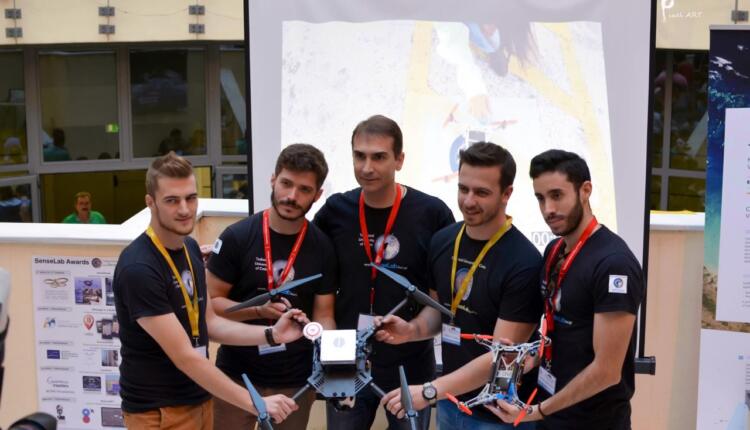 Sense’s research team has been in the past the only purely Greek awarded team in the most widespread EU space competitions and is one of the few research teams in the world that has received 3 consecutive distinctions. It counts more than 20 major international competitions and over 10 top positions among thousands of participants, including airbus global earth observation challenge, MIT innovation for Refugees, Copernicus Masters, Galileo Masters, European Space Agency, European Global Navigation Satellite Systems Agency (GSA), Drones for Good, etc.

However, according to the Greek professor, the project to set up the Spin-off was delayed considerably: “In the very recent past it was quite difficult for both state agencies and academia to understand the importance of this perspective, which with proper handling could bring significant benefits for the business ecosystem and the country. Of course, when such a realization is slow to be assimilated and implemented, real innovation has lost its comparative advantages and is also faced with a medley of sub-optimal choices”

Professor Panagiotis Partsinevelos also believes that there is a distance between the principles of research and the market, as is often the case in practice: “Problem solving often follows, as a result, the analytical research process. I believe that basic research offers a more fundamental mentality which is necessary and we should protect it.” 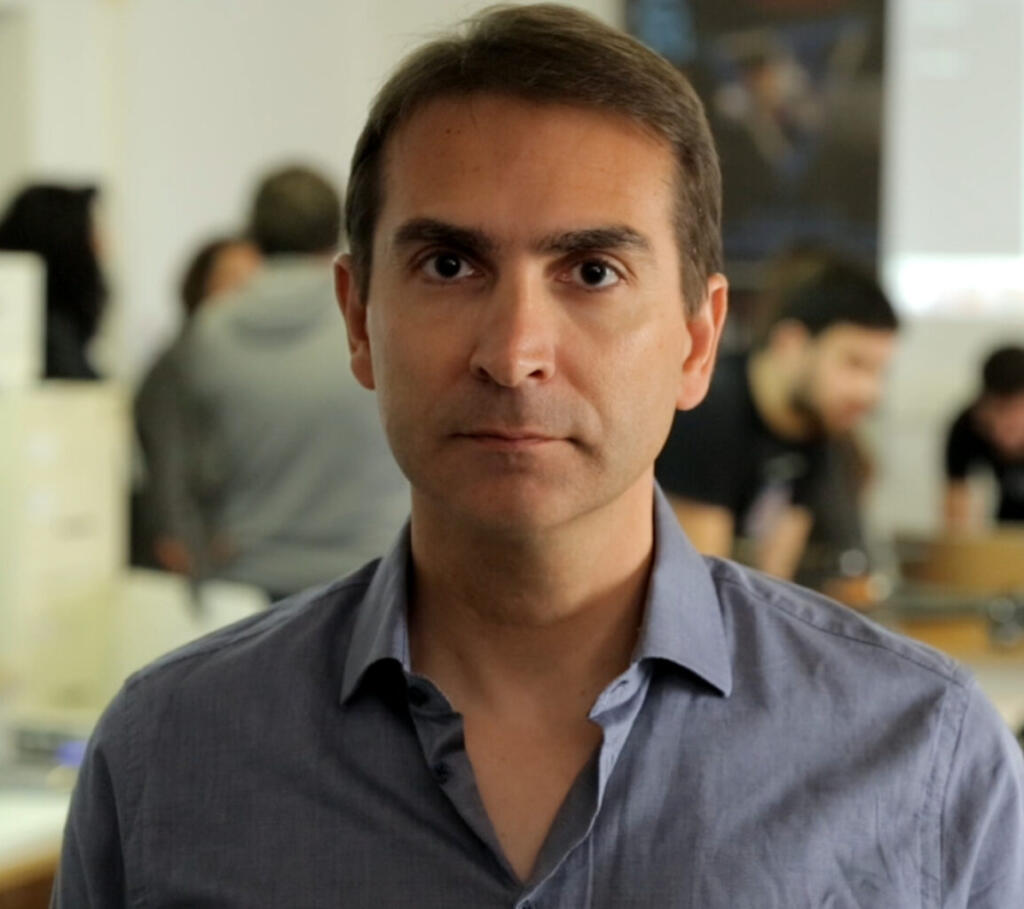 Everyone should always offer with a willingness to cooperate and communicate. However, sometimes, instead of academic ethics impinging on the malpractices, it becomes exactly the opposite, resulting in the communication of elements of alteration in the academic and research field, which does not want much to be carried away, as it has long lost its fundamental goals. So our problems are deeper and are not solved either by funding or by prescriptions, they are solved with clean, humane faces, without masks. Thus, the healthy Academic/Research role has to inspire and contribute to the communicating business field.”

Now the Spin-off, as a newly established corporate structure, is taking its first steps with international and domestic partnerships, with the aim of marketing its products that, in addition to SandMap, include a system of automatic precision documentation based on machine learning algorithms, which can offer a new real-time mapping methodology. “This system can solve complex missions for the mapping of geomorphological, building, monumental and other complexes, through unmanned vehicles or from the ground, offering Engineers and Geoscientists a new methodology of precision geometrical documentation of real time, in areas where the alternative methodologies cannot cope”, explains Mr. Partsinevelos. The company’s team is currently collaborating with the largest Greek topographical – metering equipment distribution company Metrica and Space Geomatica, a permanent partner of the European Space Company, in the development of an innovative drone system that effectively addresses the degradation of accuracy in areas with limited visibility to positioning satellites.At the same time, the company develops specialized health applications such as “smart medical / rehab rooms”, applications of location services on mobile devices related to road safety, air pollution and the environment, and even technological solutions of improved perception of exhibits in museums.

“Given this multidimensional engagement, our business goals include the commercialization of our most mature products, with their introduction in the market in the next few years. At the same time, there are important partnerships with well-known companies in Greece and abroad, from which products and services will emerge soon”, concludes Mr. Partsinevelos

Robotics and STEM equipment in schools by the Ministry of Education