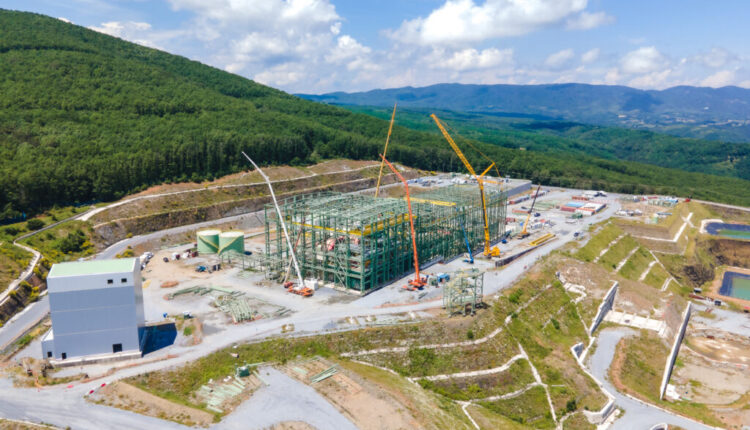 Hellas Gold‘s preparatory works, which began last December and concern the construction of 3 metal buildings with which the enrichment plant will be completed, the construction of which remained in the middle 5 years ago with an investment of 550 million euros so far, are in full swing.

The crews have already constructed 50% of the buildings and are increasing their pace, with the aim of completing them at the end of the summer. It is recalled that the project is being carried out with Hellas Gold’s own resources, while the procedures are in progress to secure funding that will mean the final restart of the construction of the entirety of this emblematic investment, with which Greece will claim a position among the top producers of gold and copper in Europe.

The Skouries mine will utilize a world-class porphyry deposit that contains large quantities of copper and gold reserves, has enormous potential to create value for all over 20 years and is a project with robust environmental design and significant performance that has attracted the interest of investors.

See the progress of the preparatory work, in the impressive video below:
https://youtu.be/k-mJn4F-61I

According to the company’s design, the Skouries mine will be fully digital, will incorporate world-class practices in terms of technology, exploration and mining, safety and environmental protection. 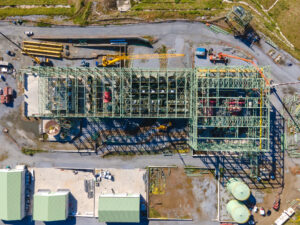 In terms of technology, it is foreseen that the mine will apply state-of-the-art technologies specifically designed to enable remote mining (use of RMT – Remote Mining Technology), creating new levels of safety and optimal productivity.

Particular emphasis is given to the field of Safety of the operation of the mine with the implementation of the international safety and health standards of Eldorado Gold. Skouries will be one of the most modern mines internationally and apart from being a standard of performance, the goal is to become a model of safe operation.

At the same time, the design of the mine, as reflected in Hellas Gold’s new investment plan, further upgrades the protection of the environment and reduces the overall footprint of the project through investments and innovative design that includes:

• Significant reduction of the environmental footprint of the project with the application of dry deposition technology, the most modern and safe method in the mining sector for the management and storage of mineral residues, which reduces the originally planned repositories from two to one.

• Recycling of mining residues and their reuse for the filling of the trench and the tunnels with modern methods (backfilling paste) based on the principles of circular economy.

• New, Integrated Waste & Water Management System – investment of approximately 130 million euros – which ensures maximum protection and efficient use of water, minimisation of the impact on the waters of the area with priority to the unhindered water supply of the surrounding areas. 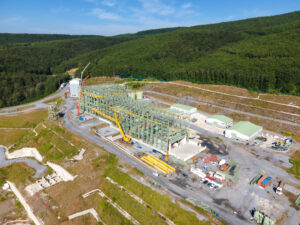 A new page for growth with multiple benefits for all

Securing funding and permanently restarting the entire investment will unlock multiple benefits for the state, society and the environment, such as the creation of 3,000 quality and well-paid jobs, estimating that 1,000 new jobs will be added in the first year of construction work in Skouries, a result of 1.9 billion euros additional investment in the modernisation and the development of Kassandra mines.

At the same time, in the full growth of the investment, the estimated profits for the Greek State amount to 2 billion euros from royalties, income tax and social contributions, as well as more than 191 million euros revenues from mining fees for the state and the local community, which are increased compared to those in force in the rest of the sector.