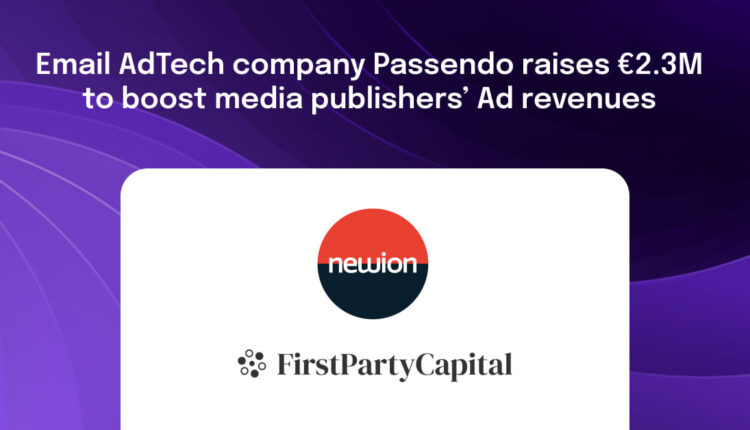 The Copenhagen-based Startup Passendo raised 2.3 million euros in a pre-seed round A.The funding series was led by Newion Partners with the participation of FirstPartyCapital. The Startuup based on the increasingly popular trend of newsletters helps publishers strengthen their commercial potential by providing ad server and offer platform services.

With the new capital, the company aims to triple the number of employees within the next two years, mainly to meet the strong demand from the US and UK markets. To date, the company has raised approximately 2.8 million euros.

The company is active in marketing where Passendo’s founders, Andreas Jürgensen and Anders Rasmussen, found that traditional ad serving methods were not aligned enough when applied to email marketing.

The duo began correcting this issue in 2016, leveraging their own technology and giving publishers access to new additional revenue, as well as better control over the quality and content of the ads shown.

The company has already partnered with some of the world’s largest media publishers, such as Roularta, Springer Nature, Reach and IPM Media.

In fact, their customer IDG (International Data Group) seems to have seen that since using Passendo’s technology, which is owned by Blackstone, they have seen a 454% increase in revenue, in contrast to the German publisher Ebner for example, which saw an 80% reduction in the time spent managing campaigns for Newsletters.