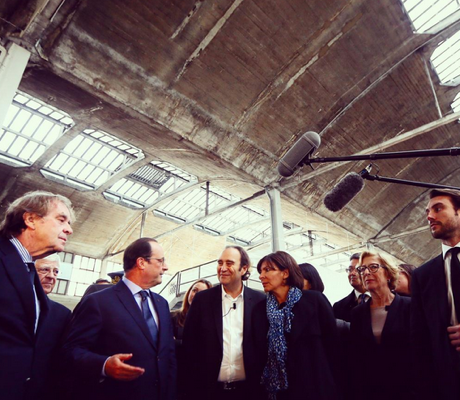 Work has begun in Paris on what French government leaders are calling the world’s largest startup incubator.

The $190-million project will renovate Paris Halle Freyssinet, a 323,000-square-foot railway building constructed in the 1920s, for use as an incubator space with room for 1,000 startups, according to Journal du Net.

The effort is being led by French entrepreneur Xavier Niel, founder of Iliad SA.

On Wednesday, Niel was joined in Paris by French president, François Hollande to lay the first ceremonial brick for the incubator.

The renovation is expected to be completed in 2017.

The French government is underwriting 10% of the costs and hopes the sheer size of the project will reboot the country’s international digital reputation.

“This historic monument will become a landmark for the future”, Hollande said.

Ascendia Design: A startup from Romania, specializing in eLearning

The 10 Greek Startups that are the next “Unicorns” of Europe