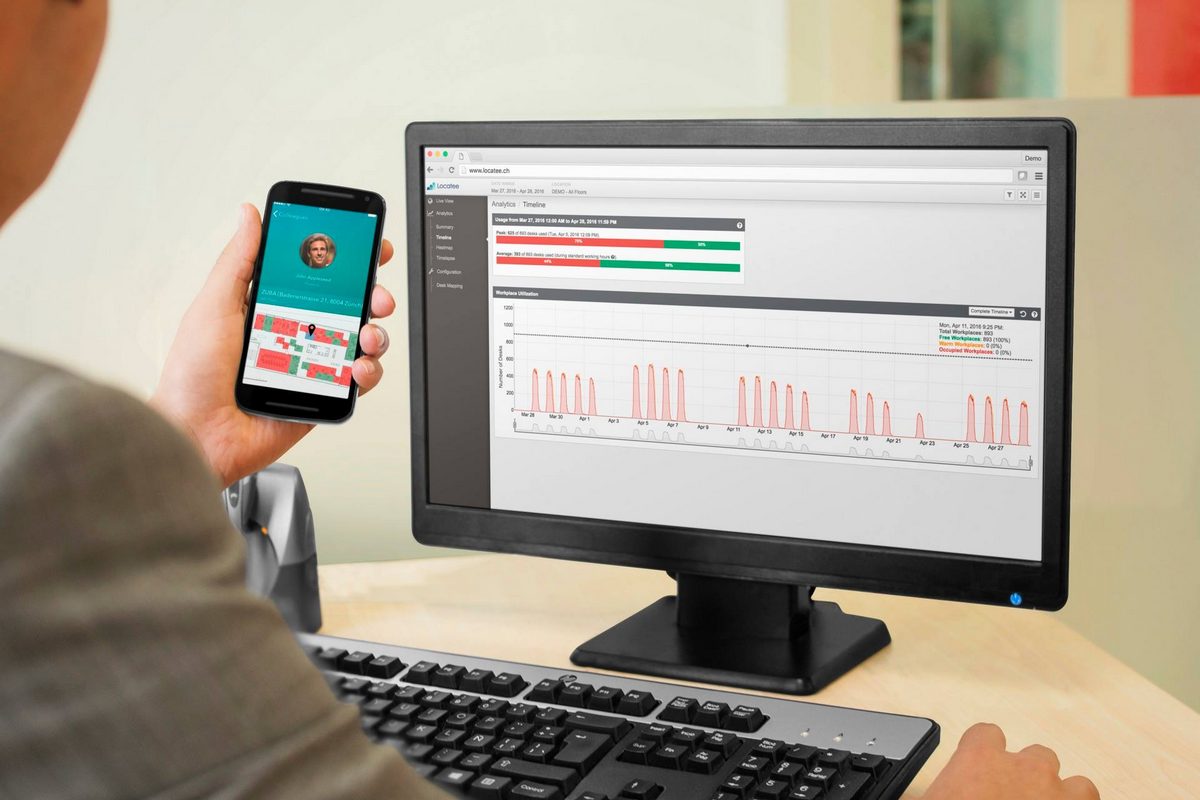 Swiss Startup Locatee raised 8.4 million dollars in a funding round for its development. The company uses data from a building’s IT infrastructure and converts it into information about the use of space. To date, the startup has raised a total of approximately 15.7 million dollars.

Locatee’s growth finance round was led by SmartFin, while new investors such as Zürcher Kantonalbank, Swiss Immo Lab and Verve Ventures also participated, along with existing investors FYRFLY Venture Partners and Tomahawk Ventures.

The new funding will be used to continue the development of the platform, as well as to support customers who redesign and manage their office space based on Locatee’s analytics and data layouts.

While the concept of “smart office” is nothing new, Locatee has managed to take advantage of the pandemic as businesses and offices look at the workplace they generally need to meet new needs. Working from home has also given serious thought to companies that want to adapt their working model.

Gone are the times when companies could justify renting unusable space with the caveat that “we may need it some day. ” The validity of such a reassessment can only be based on data, and this is where Locatee takes action. By leveraging existing dataflows, Locatee is able to provide this insight into who works where, and most importantly, who doesn’t work where.

The last year may have been quite difficult for Locatee, given that the market is in a difficult position due to the pandemic, but the solution proposed by the company is very valuable and is in great demand, according to the co-founder and CEO, Thomas Kessler. Even in this context, therefore, their revenues saw a significant increase, as Locatee’s action covers today’s issues and the challenges of the future.

Locatee has established a strong leadership position in a new and fast-growing market, taking advantage of this right time to create a new model for workplace data, concludes SmartFin’s Jürgen Ingels.

The emerging startups that excelled at the iCBA