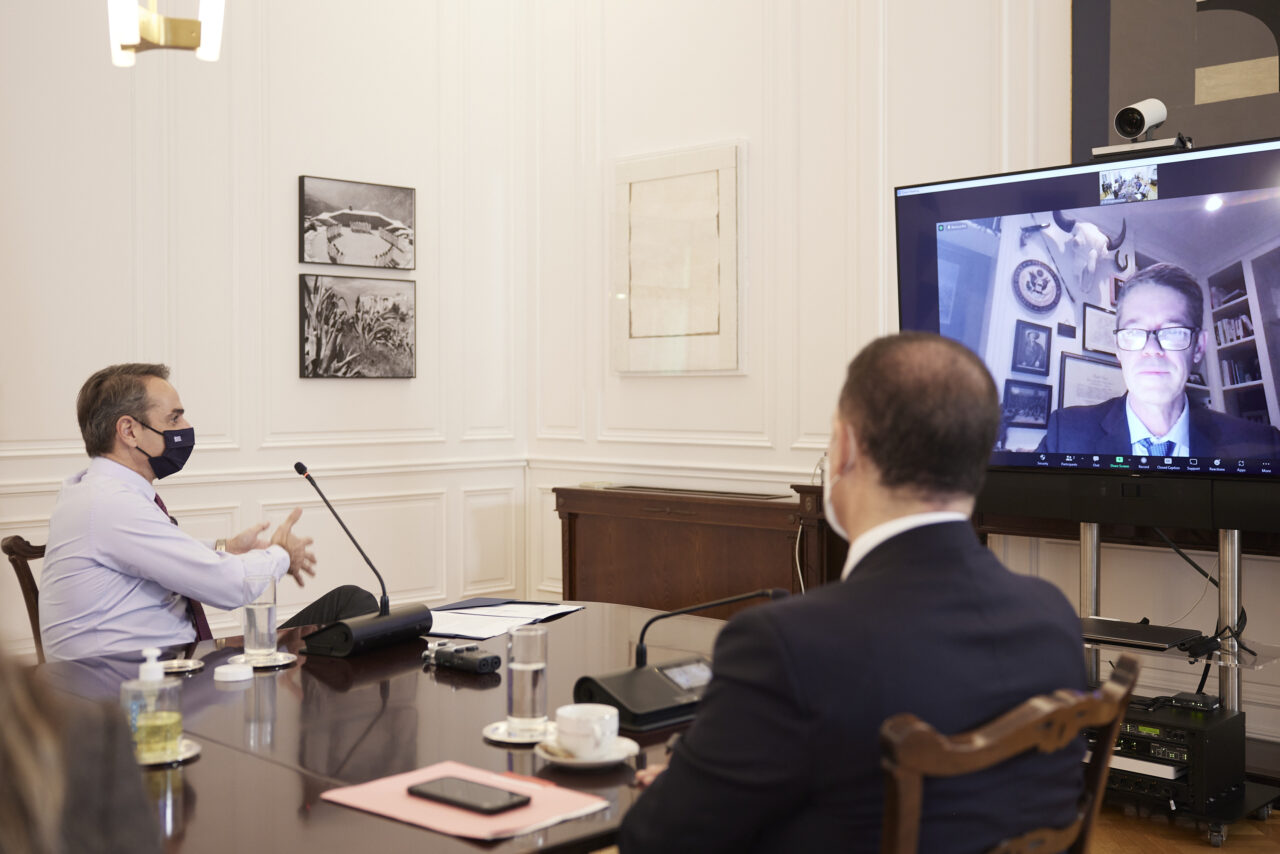 The Prime Minister Kyriakos Mitsotakis had a meeting with executives of the company-giant Amazon this morning, on the subject of the very important investment of Amazon Web Services in Greece, where the company will invest for the first expansion of the Local Zone infrastructure outside the United States.

Τhe Vice President of Amazon Web Services, responsible for Global Public Policy, Michael Punke, who attended the discussion online, from the USA, congratulated the Prime Minister and the government and said he was impressed by the great strides that Greece has made in a very short time.

During the meeting, Kyriakos Mitsotakis stressed that Greece is changing rapidly and is becoming a hub for high-tech investments and described as very encouraging the fact  that “very important global players choose Greece to have a permanent presence.”

As Mr. Mitsotakis said, “we have a policy for the “cloud first” and we intend to establish Greece as a data reception center. The government is fully aligned to support this vision and I am very happy that you are responding to this and that you will significantly increase your presence in Greece.”

He also underlined that before he dealt with politics, he had worked in the field of investments and expressed his joy “that with a slight delay, what I believed that could be possible in Greece in terms of the technology and innovation sector, which contributes a significant percentage to our GDP, is happening in practice.”

The Prime Minister also stressed that due to COVID many people choose to work from Greece and what is interesting “is that, in a working environment with big mobility, we make it much easier to issue Visas for ‘digital nomads‘ so that you can work from anywhere.”

“We have an exceptionally planned vaccination operation, fully digital. We are systematically increasing the services, for businesses and citizens, provided electronically. And if you ask the average Greek citizen what is the most successful thing this government has done, he will tell you that it is the digital transformation,” he added.

According to a government announcement, Amazon Web Services’ decision to choose Greece for the installation of a Local Zone, one of the 11 it plans to create across Europe, reflects the great investment interest that Greece is now attracting.

At the same time, it seals Greece’s position as a regional technology hub, where large companies with a global footprint are making strategic investments in infrastructure that will support the fourth industrial revolution and the economy of tomorrow.

The vice president of Amazon Web Services, responsible for Global Public Policy, Michael Punke, in his statement stressed that the care shown by the government throughout the preparatory process, as well as the change it has observed in the Greek economy of the past decade and the Greece of today, have contributed to the choice of Greece. He also congratulated the Prime Minister on his leading role in Greece’s progress and efforts to digitise, stating that he was impressed with what the government has done in such a short period of time.

Presenting the investment, Mr. Punke explained how the Local Zone will work, and how the new infrastructure will enable a millisecond response, which is very important for many industries, from financial services to healthcare and live streaming video.

“This is the result of the range of changes and political initiatives that have been implemented in recent years. One of them, as the Prime Minister mentioned, is the policy we have developed to prioritise the cloud.”, stated the Minister of State and Digital Governance, Kyriakos Pierrakakis.

Mr. Pierrakakis added that “about 25% of Greece’s financial envelope from the Recovery Fund will be channelled to digital services. Cloud services provided from a short distance, offering rapid response, are extremely important for the contours of this policy to become a reality.

“The message I want to send is that we are here to help in any case and to solve every problem concerning an investment, in order to accelerate it, to improve its economic prospects,” said the Minister of Development and Investments, Adonis Georgiadis, during the meeting. “This is the spirit that Mr. Mitsotakis has given, as prime minister, to our government.

Amazon Web Services:  The king of the cloud that invests in Greece