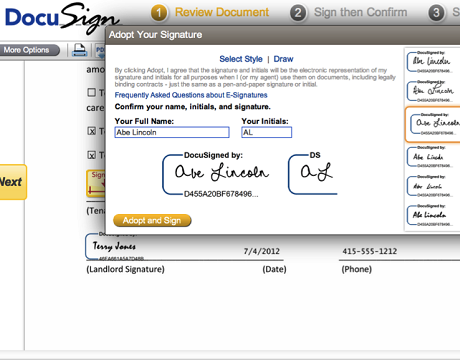 DocuSign, a digital verification startup and a platform for authenticating, locating and archiving online documents, raised a 45 million dollars from Intel Corporation Capital and Dell Ventures, which are the investment arms of Intel Corporation and Dell Inc.

With this amount, the company’s total series F funding is something more than $278 mill

ion and at the same time the valuation of the startup is at least 3 billion dollars. Since DocuSign was founded back in 2003, it has raised totaly $508 million in funding. With the new capital, the company will incorporate the electronic signature technology and shape its long-term strategy. Today, DocuSign has over 50 million users in 188 countries and is offered in more than 43 languages.