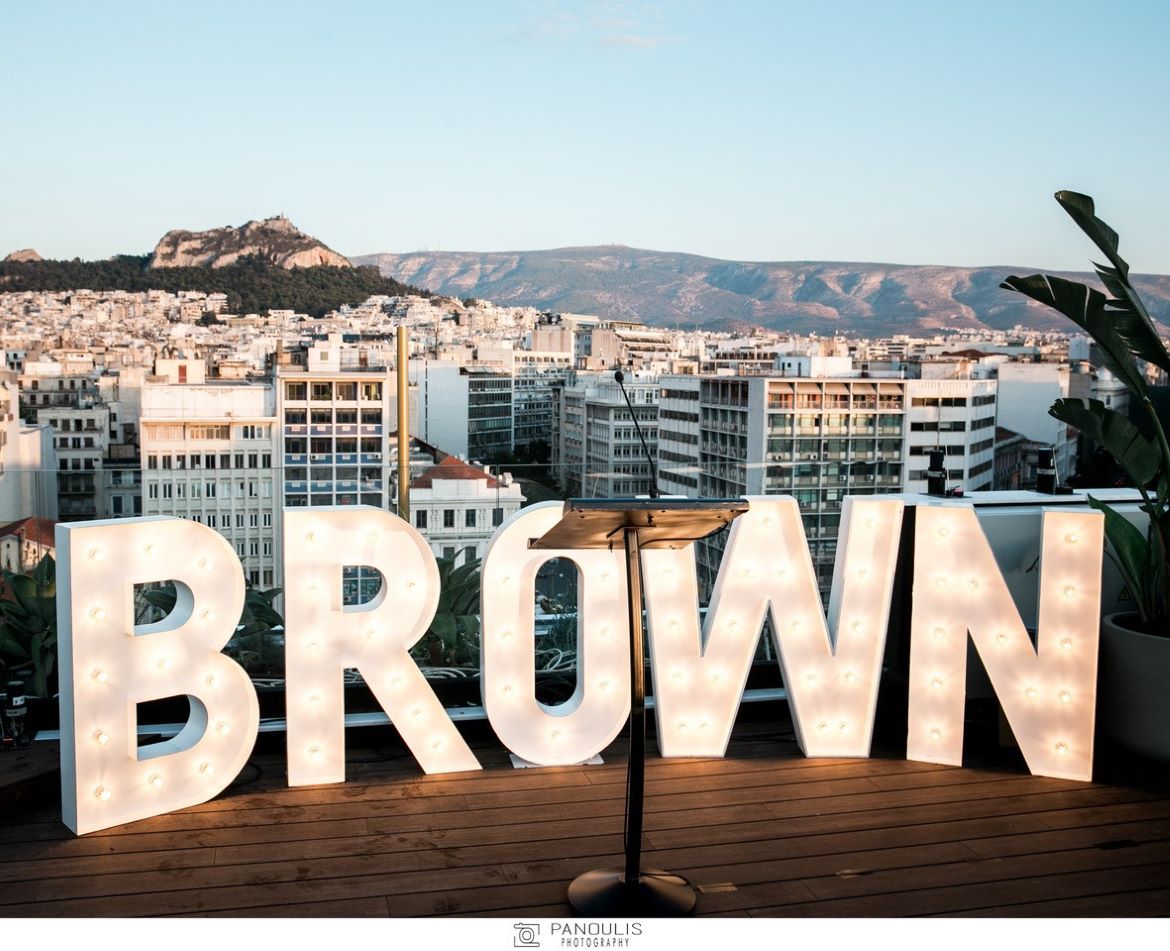 The oepning of the new Lighthouse Athens Hotel of the Brown Hotels chain took place on Friday, October 22nd with the presence of the Mayor of Athens, Mr. Kostas Bakoyannis.Mr. Bakoyannis accompanied by Mr. Leon Avigad founder and co-owner, cut the ribbon of the new glamorous hotel and stated “the great interest in Athens on a business level but also for the visitors of the city, gives us great pride to call you our friends, to call you Athenians.We are here on another step towards a new journey and we look forward to making this journey with you. Once again congratulations and thank you all for coming tonight.”

The event was honored by the presence of Mrs. Vicky Loizou – Secretary General for Tourism Policy and Development, who stated “we are very happy to be here today and see your vision becoming a reality.We are by your side on every step as we share the same dream for the promotion of authentic Athens, not only through its rich culture but also through the new image of the city.” Mr. Harris Theocharis – former Minister of Tourism in a short statement stressed the warm relations between the two countries and the importance of the project for the revival of Omonoia, a vision that he has been supporting for the last four years.Mrs. Nelly Exarchakou,Director of the Office of the Deputy Mayor of Tourism Mrs. Sofia Zacharaki, was also present at the event.

In the impressive event, that lasted more than ten hours, participated the three hotels around Omonoia Square, Brown Acropol, DAVE Red Athens and Lighthouse Athens, which aim to revive the glamour of the historic center of the city, bringing back to the radar of interest the center of Athens, both for the sophisticated travelers who are looking for a unique proposal of hospitality, but also for the Athenians who are constantly looking for new entertainment options in the city.

The co-founder of Brown Hotels Leon Avigad, in a warm speech thanked both the Mayor Mr. Bakoyannis for the undivided support over the last four years, the former Minister of Tourism, the attendees as well as the entire Brown Hotels team in Greece, Israel and Europe.Mr. Avigad stressed that the Brown hlHotels project is not only an investment project, it is a social and cultural change that is taking place in Omonoia, through the revival of the region to its former glory. Brown Hotels’ goal is to make Omonia a pole of attraction for all the creative forces of the city, but also an attractive proposal of hospitality and entertainment for both guests and residents, as well as the twelve hotels that will open in the near future around the square will have special restaurants, rooftops with panoramic views of the city and special clubs, in order to create a unique proposal of hospitality and entertainment in the city center.

The special identity that characterizes each move of Brown Hotels was also given by the character of the event, where guests had the opportunity to go from hotel to hotel and experience up close the characteristic culture of Brown Hotels, through special activities and art performances, both in the rooms of each hotel, but also with live performances on the rooftop of Brown Acropol with 70’s live vibes, but also underground sounds in the underground club of DAVE Red Athens.

Journalists, personalities, celebrities and artists attended the event, giving a special timbre and keeping the identity of Brown Hotels that mixes different audiences and backgrounds in the most creative and imaginative way. In addition, Brown Hotels welcomed journalists and personalities from Tel Aviv, who experienced for two days the unparalleled hospitality of Brown Hotels and the beauty of the city of Athens in collaboration with the Development of Athens.

During this summer Brown Hotels completed the acquisition of Grand Bleu hotels in Eretria, Mr and Mrs White in Chania as well as Kubic, for which rebranding will follow in the near future to join the Brown Hotels umbrella. As stated by Mrs. Dimitra Arida, Country Sales and Marketing Director Brown Hotels, in the near future the hotels Brown Spices, Theodore House and House Sans Rival, which will open in Athens for visitors will follow. Also in April 2022, Brown Beach Corinthia is inaugurated, the first resort of the chain in Greece in the area of Agioi Theodoroi. Brown Hotels’ investment plan for the coming three years includes a total of 42 hotels and resorts, located in various stages of construction and development.