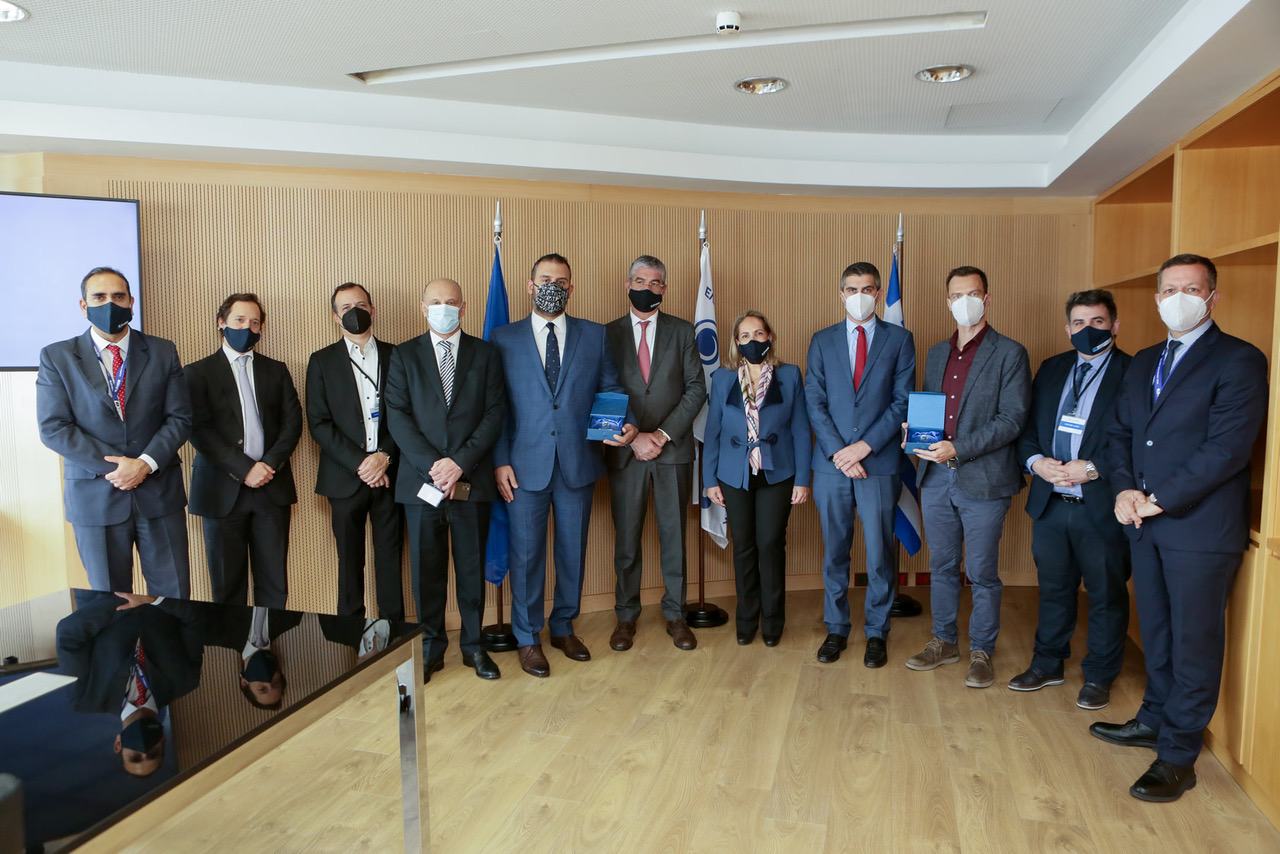 The ESG Innovation Challenge organized by the Hellenic Development Bank – HDB in collaboration with the National registry Elevate Greece has been completed, with ResNovae being the winner for the ESG thematic unit and Renvis for the Innovation thematic unit.

The award ceremony and the agreement for funding by HDB

The Deputy Minister of Development and Investments for Public Investments and NSRF, Yiannis Tsakiris, presented an honorary award for the thematic unit “ESG”, to the winning company ResNovae and its representative, Nikolas Kakogiannis. The Deputy Minister responsible for Research and Technology, Christos Dimas, awarded respectively an award for the thematic unit “Innovation”, to the company Renvis and its representative, Konstantinos Papapanagiotou.

More specifically, in a special ceremony held on Friday, December 3rd at the headquarters of the Hellenic Development Bank in the presence of the Deputy Ministers, Mr. Tsakiris and Mr. Dimas, the President and CEO of the Hellenic Development Bank, Athina Chatzipetrou congratulated the representatives of the companies that were distinguished and additionally announced the possibility of financing a PoC (Proof of Concept) contract up to the amount of 40,000 euros for both thematic units in total (20,000 for each thematic unit).

The HDB seeks to facilitate access to sources of finance for businesses and to expand their bankability, especially for small and medium-sized enterprises. In this direction and through these two PoC plans to implement innovative digital solutions that can be part of an alternative credit / investment scoring process in general beyond the use of traditional banking criteria, in order to expand the perimeter of the companies that will be considered bankable. The competition that started on September 11, 2021 received a great response from the startups while the proposals submitted were evaluated by a jury.

On the basis of the constructive cooperation with Elevate Greece that led to the realization of the ESG Innovation Challenge, the President of HDB, Mrs. Chatzipetrou, signed during the award ceremony a memorandum of understanding with the Deputy Minister, Mr. Dimas, to extend the cooperation between the General Secretariat for Research and Innovation (G.G.E.K.) and HDB.

The aim is to explore partnerships in the context of supporting innovative entrepreneurship and export development, participation in mentoring and networking actions, exchange of know-how and other similar synergies.

The winners of the competition

ResNovae PC is active in the field of investment advisors, specializing in issues of sustainable financing and evaluation of ESG (Environmental, Social, Governance) performance of companies and organizations.

RENVIS provides data-driven business solutions for effective decision-making. The company in the context of the competition proposed the creation of the “SOFIA” system. “SOFIA” is a Decision Support System that provides access to models and scoring cards, facilitating the monitoring and automation of the innovation measurement process and benchmarking according to Key Performance Indicators.

Markos Veremis: The biggest companies in the world today are tech companies