Evan Spiegel: Why he passed up the ‘sweetest’ deal any 23-year-old startup founder is ever likely to see

It seems that Facebook is losing teen users and the reasons for that is beyond obvious; because teens don’t want to post their personal status updates and photos on a site that broadcasts everything to their parents, grandparents, teachers…

Meanwhile, the new messaging app Snapchat is expanding rapidly among teens. The app specialises in text and picture mobile messages that disappear after a few seconds. The company has not generated any revenue, but is becoming very popular, particularly among people who are starting to be concerned about how much privacy they have online and on their phones.

That’s why it’s not a surprise that Facebook tried to acquire Snapchat for $3bn… What is surprising is that Snapchat turned down the offer. Evan Spiegel, Snapchat’s 23-year-old co-founder and CEO, declined the offer from Facebook, which would have been its most expensive purchase to date. Snapchat also turned down an investment from Chinese e-commerce investor Tencent Holdings that would have valued the two-year-old company at $4 bn.

Evan Spiegel, is hoping Snapchat’s numbers – of users and messages – will grow enough in the future to justify an even larger valuation.

Crisis management: One in three SMEs released new products during the pandemic

EMT Madrid: Trust in Irizar e-mobility and increase of its fleet by 30 more electric buses

24 September 2021
The Municipal Transport Company of Madrid (EMT Madrid) remains firm in its commitment to electrify its bus fleet and has... More

23 September 2021
A new study by Accenture identifies a separate group of businesses that treats the cloud as a new operating model for th... More

16 September 2021
Public cloud services have taken off in the last two decades and are set to make close to half a trillion dollars next y... More

16 September 2021
The banking sector was significantly impacted by the pandemic, recording losses under critical metrics like a market cap... More
Prev Post Turn your visitors to customers with Marketizator
Next Post ÜberResearch secures investment from Digital Science 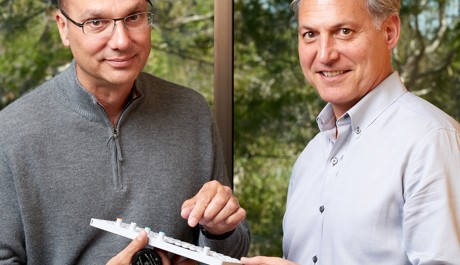