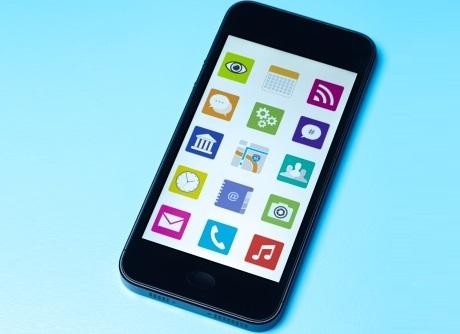 The EU’s app sector could employ 4.8 million people and contribute €63 billion to the EU economy by 2018, according to a study carried out by GIGAOM and NUI Galway for the European Commission.

The study shows that Europe’s app developers are up to the challenge of taking the global lead. Currently, EU and North American developers generate the same levels (42% each) of app revenues in crucial EU and US markets. Although the future is bright, developers have raised concerns about the skills gap, connectivity and fragmentation which could put the app boom at risk.

Today the app economy employs 1 million developers, and 800,000 people in marketing & support posts. This could rise to 2.7 million developers + 2.1 million support staff by 2018. EU buyers and advertisers spent €6.1 billion on apps in 2013, 30% of total global app spending, growing to €18.7 billion in 2018. Consumer spending combined with advertising and contract work could lead to €63 billion annual revenue for the app sector within five years.

Main study findings, according to a press release are:
– 28 EU leading companies created 40% of the top 100 grossing apps in the EU and US. Three of the top-five companies are Nordic games developers (1st King.com, 2nd, Supercell, 5th Rovio)with German, French, Spanish and UK app developers also finding success outside their native markets.

– In 2013, developers earned €11.5 billion making apps for consumer goods, banking, media, retail and other clients. They can expect to earn up to €46 billion through contracts of this nature in 2018. The app boom is creating jobs, for example contract developers Golden Gekko (London/Barcelona) plans to grow its staff 40-50% next year and London-based Grapple Mobile was a 3-person firm three years ago, employs 120 now, and intends to double next year.

– Roughly 38% of independent and in-house developers said EU companies had difficulties competing with US salaries, 31% and 33% said that developer education was lagging, around 30% said startup developers lacked business expertise, and quarter of all surveyed said there were not enough developers. Worryingly only 9% of developers are female.

– Technical bottlenecks and fragmentation were a cause for concern. Roughly a quarter of developers wanted to see 4G develop more quickly in Europe. Around 35% were frustrated by the lack of interoperability between platforms like Android, iOS, Facebook. A majority of developers complained of their de facto total dependence on platforms developed by American giants, with subsequent revenue impact.

Angelsbootcamp: Fostering the Next Generation of Angel Investors in Europe