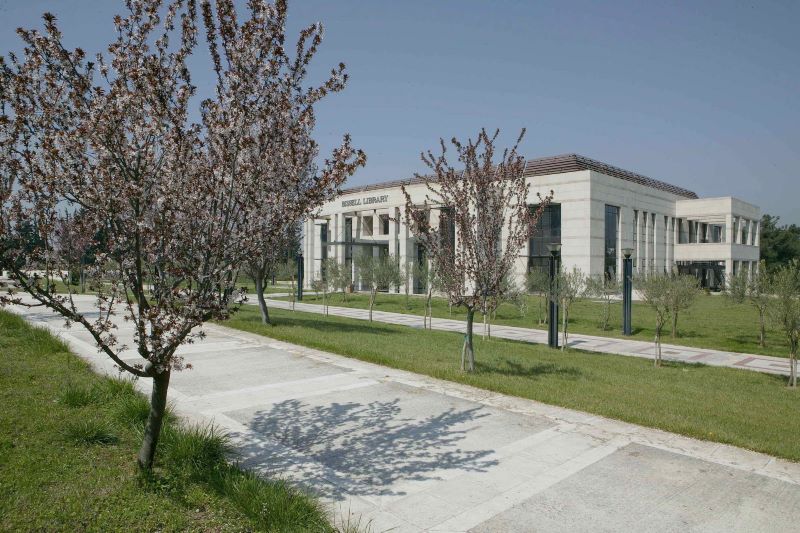 The Entrepreneurship Hub of ACT in its current form was created in 2014. Its purpose is to cultivate the business climate in our region through the strengthening of actions that promote entrepreneurship and the support of all stakeholders who wish to be tested in the business arena.

The idea of creating the Hub was developed by the fact that since the ACT has a business school that gives its students the necessary educational background, at undergraduate and postgraduate level, it would be extremely useful, as a next step, to create a Hub that would guide the graduates of the school in real entrepreneurship.Thus, in the beginning, the Hub for Entrepreneurship operated just to support the students of the ACT, but over time, seeing the interest of other groups to join the activities of the Hub, but also thanks to the support of donors such as  The Hellenic Initiative and John Pappajohn, the actions of the Hub opened for anyone interested.

In practice, today the ACT’s Entrepreneurship Hub is an integrated startup accelerator. Through the programs it operates, it provides workshops and on the job training on specialized issues faced by young entrepreneurs, mentoring, networking with partners and investors, workspaces in the Bissell library of the ACT and in collaborating incubators, competitions of business ideas to promote and award the most innovative and sustainable ideas.

Thanks to Anatolia’s strong brand name, its relations with the business community, its ties with the other side of the Atlantic, and the high quality of services provided, the ACT’s Entrepreneurship Hub is a strong pillar of support for new businesses in Northern Greece.

In addition to VentureGarden, some of the most important projects it implements are the GreenHouse Startup Bootcamp, implemented in cities of Northern Greece, in order to bring people closer to entrepreneurship and support local efforts. It includes workshops for those who have an idea or are thinking of starting something of their own, workshops, educational meetings and visits, as well as many other actions to promote entrepreneurship.The John & Mary Pappajohn Business Plan Competition, which has been held continuously since 2014 and distributes every year 4,000 euros to the 5 top teams.The Young Business Creators program that concerns the familiarization of school-age children with entrepreneurship.Pitching events for networking startups with investors as well as workshops, seminars, etc. on current business issues.

Applications for the new cycle of VentureGarden Thessaloniki will remain open until October 10, 2021.

NCR invests in its new largest technology park in Europe