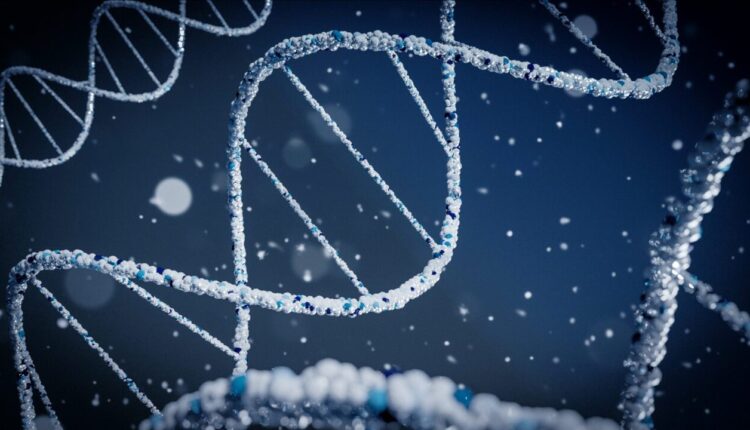 In recent decades, there has been an impressive development of laboratory techniques for the measurement of molecular factors from biological samples (DNA, RNA). This growth also led to disappointment because the emerging complexity far exceeded expectations for quick treatments of most diseases. Data is accumulated rapidly but aren’t analyzed as efficiently. At the heart of the problem is endogenous biological complexity.

Gradually, therefore, the need for new technologies was highlighted not only for the production, but for data analysis, which was not initially sufficiently developed. This is the need that the researchers of the Bioinformatics and Metabolic Engineering program of the National Hellenic Research Foundation (NHRF) Aristotelis Chatziioannou, Eleftherios Pilalis, Ioannis Valavanis wanted to cover by founding the company -spin-off under the name e-NIOS aiming at creating applications that utilize the results of research in the field of analysis and interpretation of genomic data.

The technology of e-NIOS solves the problem of the hierarchy of biomarkers between a variety of factors that work and act simultaneously and in a complex way, of which few have a causal relationship with the biological phenomenon (e.g. the manifestation of a disease). Even worse, in many cases the search for perfectly generalized gene factors is futile, as they do not have an absolute and strictly repetitive effect. In these cases, the key lies in finding multiple dynamic combinations, which the company’s methodology detects and highlights.

The computational platform of e-NIOS is the only one that integrates biological knowledge in genomic analysis and automates the whole process and especially the final performance of a few, important biomarkers and even their dynamic combinations. The company’s product is the result of at least 15 years of research and incorporates interdisciplinary know-how from multiple fields, such as molecular biology, machine learning, statistics and data science.

For this pioneering venture and its prospects of development speaks today in startupper.gr one of the co-founders and CTO of the company Dr. Eleftherios Pilalis.

Startupper: What are the services e-NIOS provides and to whom does it appeal ?

Dr. Pilalis: The services we provide are automated and configulable analyses of genomic data, through our computing platform. We are also developing collaborative patents on the use of biomarker signatures for the diagnosis and targeted treatment of diseases. Indicatively, we currently hold 3 international patents in co-ownership with the French National Institute of Biomedical Research INSERM and the University of Rennes, concerning targeted treatment of cancers and inflammatory diseases, while several are still in the process of preparation to be submitted in the near future.

Our services are B2B and are addressed to 4 major categories of customers: research organizations (public and private), biotech companies, large pharmaceuticals and providers of precision health/medicine services. The company has developed a large network of customers and strategic partners (universities, research organizations and biotechnology companies), mainly abroad (Europe and the USA), has participated in many internationally funded innovation programs (H2020), has been included in the programs EGG and EkkinisiLab (2013-2014) and has been awarded by the Hellenic Development Bank as part of the Researchers’ Night 2021.

Startupper: When did the project start and what were its first steps and what difficulties did you encounter?

Dr. Pilalis: The project began in 2013 with the creation of the prototype of the genomic data analysis methodology,that is the code of nucleic acids (DNA/ RNA) on a large scale. The two greatest difficulties that any similar effort encounters, especially when it starts with researchers who are obliged to closely monitor their research field and who typically do not have much experience in setting up businesses, not much time for parallel activities, is to find funding and support the necessary legal and bureaucratic procedures. In order to address these initial difficulties, we turned to programs to support startup entrepreneurship that had just begun, such as Eurobank’s Egg program and the EkkinisiLab program of SEV. At the same time, we sought funding from Venture Capital as well as from Horizon 2020 innovation programs. So far we have received seed funding from Piraeus Bank PJ Tech Catalyst (2014-2016) and Quest Group’s IQBility. We have also attracted funds from internationally funded research and innovation programmes (H2020).

Startupper: Tell us afew things about the team. What is its background and how has it evolved today?

Dr. Pilalis: The initial team consisted of 3 researchers of the Bioinformatics and Metabolic Engineering program of the National Hellenic Research Foundation, all PhD holders in Bioinformatics from the NTUA, with similar but complementary backgrounds (Electrical Engineers and Computer Engineering, Biochemical/Bioinformatics).Today, 2 of the original founders remain in the team and has been enriched with collaborators of various specialties from the field of Biology, Bioinformatics, Engineering Sciences, and business. The company employs a total of 10 people and is based at Quest’s facilities and specifically at the group’s incubator, IQBility, which was one of the company’s original financiers.

Startupper: What growth prospects do you think the company will have in the future?

Dr. Pilalis: The company is in full swing and offers an internationally competitive technology. Our goal is for our technology to emerge more internationally, as it can form the basis of the development of many new therapies and medicines. At the moment, efforts are being made to attract funding from specialized investors and to utilize our technology in collaboration with strategic clinical partners for the development of new drugs and medicines. Efforts are currently being made to attract funding from qualified investors and to use our technology in collaboration with strategic clinical partners to develop new drugs and accelerate clinical trials. A major challenge for all state-of-the-art companies (also known as deep tech) is to quickly integrate their product into value chains and innovative applications.

Startupper: Can you make an estimate of the market in which you operate and which you think will be the spin-off’s position within it?

Dr. Pilalis: The interconnected international markets in which the company operates are molecular medicine, next generation sequencing (NGS), digital medicine and precision medicine.These are cutting-edge sectors for the 21st century and, although they are still at a very early stage, they are already large in numbers and extremely competitive. e-NIOS has the potential to play an important role in these markets as our technology can manage significant problems in the hard core of biological data analysis and unlock multiple innovative precision medicine applications.