Christos Dimas: We seek to increase Spin-offs and their impact on the Greek economy 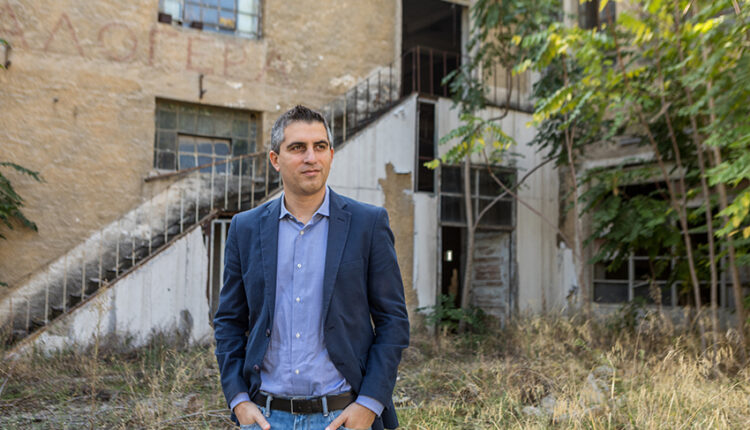 On the occasion of StartupperMAG’s tribute to the Greek research centers, we spoke with the Deputy Minister of Development and Investment, Christos Dimas.

SM: The biggest support of the country’s research centers in the last 15 years has begun. What is the reason for this, what do you invest in as a deputy minister and as a government of course and what do you expect?

Ch. Dimas: The utilization of resources from the Recovery Fund, which is undoubtedly a great opportunity which we should take advantage of in the best possible way, in combination with the new NSRF and our reform agenda is expected to significantly increase the dynamics of research centers .

The funding from the Recovery Fund plays a very important role in strengthening domestic research programs but also in upgrading and expanding the infrastructure of research centers. At the same time, contracts have been signed with the European Investment Bank for Research and Innovation infrastructures in the Research Centers (NCSR “Demokritos”, Hellenic Center for Marine Research and National Observatory of Athens).

Also, important actions have already been launched, through NSRF, such as the Innovation Clusters and the Competence Centers, which significantly help connect research with innovation and entrepreneurship. At the same time, a comprehensive intervention is carried out on the issues of the Technology Transfer Offices.

Finally, regarding the Research – Create – Innovate program, the next cycles will be announced in 2022, with a budget of over 300 million euros for the next cycle.

SM: Most researchers focus on an analytical discovery-oriented research trajectory, while few efforts have been made on problem solving, especially in medicine, where many problems remain unsolved. Do you think that empowering research centers can change that and if so, how?

Ch. Dimas: Greece does not lag behind in public funding of research, where we are in the average of OECD member states. Where we lag behind EU countries is in private research and development (R&D) spending. So one of our main goals in order to empower research centers and make them more internationally competitive is to have more flexibility to attract private funding.

The new institutional framework for spin-offs, which seeks to significantly increase their number and their impact on the Greek economy and research in general, is a significant change in this direction. Also, in the previous period it was announced the start of the process of announcing 152 new jobs, through ASEP ( Supreme Council for Civil Personnel Selection), for the research and technological bodies of the country supervised by the General Secretariat for Research and Innovation, which is the largest staff of the last fifteen years and concerns specialist-scientific and technical and Administrative staff.

With a series of substantive provisions we aim to further reduce bureaucracy, a problem that has long plagued and preoccupied researchers. Important steps have been taken in this direction, but we still have a long way to go to reach the desired level. For the first time in Greece, it is possible to exclude from the single salary of researchers participating in programs not funded by the state budget, but exclusively from European / international or private resources.

At the same time, we provide a solution to a problem that was chronic and concerned the evaluation of research proposals and the mandatory submission of a statement of assets (asset and funds-source declaration) by the scientists-evaluators. Now, the evaluators of the research projects are exempted from the mandatory asset and funds-source declaration for the evaluation of actions of the General Secretariat for Research and Innovation, MIA-RTDI, HFRI and the Research Centers.

SM: With the rise of tech-savvy companies, some have talked about a lack of social benefit criteria and about the business operation and commercialization of academic research. What do you answer?

Ch. Dimas: The bill of the Ministry of Development and Investments that also concerns the reform of the institutional framework of spin-offs was submitted to the Parliament the previous days. The National Council for Research, Technology and Innovation with the support of the Sectorial Scientific Council of Technology and Intellectual Property Transfer proposed the specific provisions, which we developed in collaboration with the Ministry of Education. We are establishing a clear and functional framework for Spin-offs, aiming to create even more companies from the research and scientific bodies (spin-off). Attempts are being made, for the first time, to modernize the operating framework of the Spin-offs, which until now was fragmented, incomplete and anachronistic.

In fact, answers are given to key questions, for which until now there was legal ambiguity, such as:

> Deadline for establishing the company.

> Prediction for the establishment of Spin-offs from different research organizations.

> Headquarters of the company (Greece or abroad).

> Clarifications regarding the participation, the role and the time that the researchers dedicate to a Spin-off.