The research centers of Greece are world leaders in the field of research, compete directly with the largest European scientific institutes and change the data in the strategic field of knowledge and science for Greece. 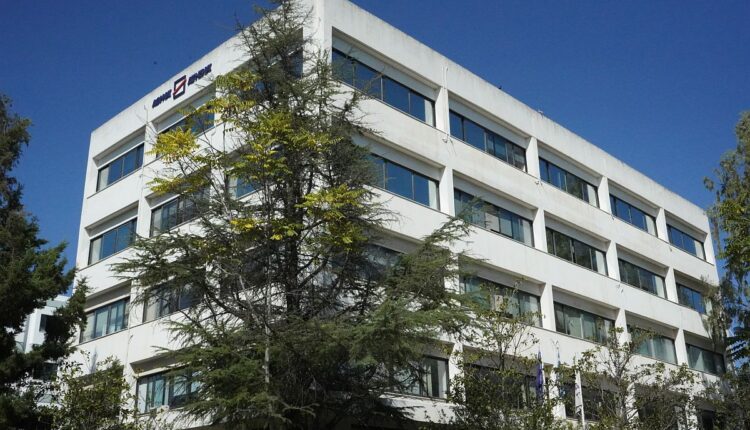 StartupperMAG attempts to record the map of the most important research centers in Greece that operate as independent institutions, but under the supervision of the General Secretariat for Research and Innovation, in which Greek researchers engage in the production of new knowledge using state-of-the-art science and technology but also in the application of this knowledge in practical uses for the benefit of society.

RC “Athena”, located in Paradisos, Maroussi, was founded in 2003 and is the only research center in the country focused exclusively on technologies and applications of information technology in all its forms. It operates as a private-law legal entity in three cities, in Athens, Patras and Xanthi, serving the triangle of knowledge (research – innovation – education) in the fields of information technology, communications, digital technologies and computer science. RC “Athena” has three institutes and six units.

The center has demonstrated unique elements of excellence, such as more than 300 research and development projects in the last five years – funding for these projects is 5 to 8 times more per year than the center’s state subsidy -, success in highly competitive European projects, such as ERC Synergy and FET Flagship, four active spin-offs (Voice-in, Qualia, Symbiolabs and Opix) and the largest acquisition of spin-off from the country’s research web (the full sale in 2017 of Innoetics spin-off to Samsung Technologies), key participation in four major international research infrastructures (CLARIN, DARIAH, Elixir, Instruct), leading role in key issues such as Knowledge Management and Open Science, achieving the establishment, based in Greece,of the first European legal entity for open access issues (OpenAire), participation in the agenda for the hot issues of the climate crisis and the environment as coordinator of the EIT Climate-KIC Hub for Greece and three clusters with international recognition of excellence in their management.

With more than 400 employees, researchers (permanent or collaborators) of all levels, RC “Athena” conducts high quality research, provides services and innovates. In recent years it has managed to attract Greek researchers from abroad or to deter the flight of others, gradually winning the “Brain Gain” bet. President and general manager of RC “Athena” is the professor of Informatics and Telecommunications at the UoA Ioannis Emiris.

Harmonious coexistence of humanities and science

The National Research Foundation (NRF), located on Vas. Konstantinou Street in Athens, was founded in 1958 and is one of the largest Greek research centers with a characteristic, but also unique for Greece, advantage and at the same time achievement of the coexistence of three research institutes humanitarian / historical and natural sciences direction.

The NRF has developed long-term partnerships with a large number of institutions (more than 250) and researchers internationally, has more than 350 research staff (regular and temporary), modern infrastructure and numerous awards and highly competitive funding from the European Research Council (ERC) ), or from other European and international organizations, such as funding of 2,410,000 euros from Templeton World Charity Foundation Inc. for the SOW project of IIE / NHRF or the approval of funding of 30,724,708 euros from the Recovery Fund and the European Investment Bank, in the last two years. At this stage, the NHRF is implementing around 180 research projects funded by the EU, the GSRC, public bodies and private companies.

The pioneering research and know-how at NHRF has so far led to the creation of three spin-offs (e-Nios, ResQBiotech and ACE), while the foundation’s achievements also include the expansion of cooperation with the German Cancer Research Center (DKFZ) by 2023, through the Integrated Cancer Research Center in Athens. Also, the NHRF, as a training center at every level, hosts, supports and trains about 150 young scientists annually who prepare doctoral dissertations and diploma theses as well as postdoctoral work, in the framework of external funding projects.

The K.Th. Dimaras Library”is one of the largest libraries of scientific and technological journals in Greece, providing unique services to the entire Greek scientific community since 1958. Director of the NHR and Chairman of the Board is Dr. Vassilios Grigoriou, who is also the National Representative of Greece to the Committee of the European Research Council (ERC) for the Horizon 2020 program, the Mari Sklodowska-Curie actions and the Future and Emerging Technologies (FET) sector.

The National Center for Social Research (NCSR) was established in 1959 under the auspices of UNESCO with the aim of promoting and disseminating the social sciences and social research methods. It is based in Kotzia Square in the center of Athens, has two research institutes (social and political research) and a total of 64 members.

NCSR’s research activities focus on social and economic inequalities and exclusion, migration, social and economic stratification, social mobility, economy and entrepreneurship, labor market, gender and demographic studies, political culture and behavior, in the media and political communication, in social cohesion, in divergent behavior and delinquency, in cultural identities and in cultural sociology, in social memory and history, in urban and rural environments.

NCSR has five specialized laboratories and three observatories, while the center supports and develops infrastructure such as the one for the social sciences (http://sodanet.gr/), the Panorama of Inventory Data (https://panorama.statistics.gr/) and the Kaleidoscope of Social Data ( http://www.socioscope.gr/ ).

To support its research and academic work, NCSR maintains one of the largest social science libraries in the country, containing approximately 40,000 book titles and 350 print journal titles, and is active in print and free-access digital publications, which capture contemporary research approaches and analysis of aspects of modern Greek society (700 works, studies, evaluations, 216 books and studies, 154 issues of the Social Research Inspectorate, 51 working texts, 36 Working Papers and in printed form and 4 e-books).

A significant number of NCSR publications are used as a teaching material in the country’s universities. It continuously publishes the Social Research Review, which is the longest-running social science journal with blind evaluation in Greece. Mr. Nikos Demertzis, Professor of Political Communication and Political Sociology at the Department of Communication and Mass Media of the University of Athens, is the Director and Chairman of the Board at NCSR.

CENTRE FOR RESEARCH AND TECHNOLOGY – HELLAS

Since its establishment in 2000 as a Legal Entity of Private Law of non-profit character, the National Center for Research and Technologicy (CERTH), based in Thermi, Thessaloniki, is at the forefront of basic and applied research to provide solutions to the current challenges of society. 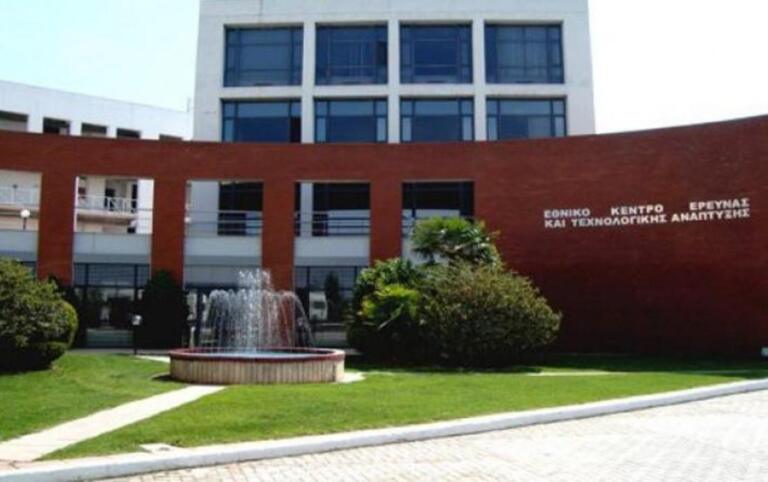 Today it is one of the most important employers of specialized research staff in Greece and a leading research center in the country, occupying the 1st position in Greece and the 14th position of the distinguished research organizations in Europe in terms of attracting funding from competing European programs.

At the same time, CERTH demonstrates a unique ability in innovation, a fact that is demonstrated, among other things, by concluding bilateral contracts with industry and by permanent partnerships with global giants such as Samsung, but also with important Greek companies such as Kleemann. CERTH’s innovation capacity is also reflected in the significant economic activity recorded by its 17 spin-offs – in fact, six of them were established in 2021. In 2020, CERTH signed and implemented about 85 cooperation agreements with industry, amounting to more than 5 million euros. In the same year, more than 140 competing research projects were launched at the center, with an average duration of three years and a total funding of over 60 million euros.

Foundation for Research and Technology – Hellas

The Foundation for Research and Technology – Hellas (FORTH), based in Heraklion, Crete, is the largest and first among research centers in Greece in terms of research production, scientific excellence and claiming competitive funding. It has eight research institutes in Heraklion, Rethymno, Chania, Patras and Ioannina, 1,400 members, state-of-the-art infrastructure, highly skilled and specialized staff and numerous international awards, including 33 highly competitive fundings from the European Research Council and 162 Marie-Curie Awards of Excellence. 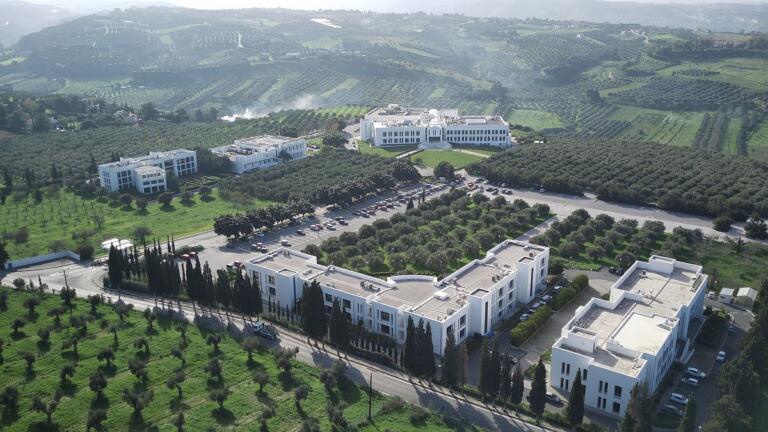 FORTH has in its assets more than 100 active patents in the various research fields in which it operates (Laser Science and Photonics, Micro / Nano-electronics, Advanced Materials, Molecular Biology and Genetics, Biotechnology, Precision Medicine, Systems Biology, Informatics , Robotics, Telecommunications, Applied and Computational Mathematics, Chemical Engineering, Social Sciences, Energy, Environment, Astrophysics and Astronomy). The pioneering research and know-how produced at FORTH have led to the creation of more than 45 spin-offs that develop innovative products and services (for example: “FORTHNET”, “ADVENT Technologies”, “Biomimetic”, “OramaVR”, “PCNano Materials” etc.).

The Foundation has infrastructures in Athens, Thessaloniki and Volos (University Publications of Crete, the Science and Technology Park of Crete and the PRAXI Network). An immediate priority for FORTH’s development planning is the re-establishment of the Institute of Biomedical Research in Ioannina and the primary goal in this direction is to attract new researchers. FORTH also plans to create an Innovation Hub, of international scope, which will be the core of scientific activity and education, while a strong investment is the utilization of the high level and training of human resources of the country. The Chairman of the Board of the Foundation for Research and Technology – Hellas (FORTH) is the professor at the Medical School of the University of Crete Mr. Nektarios Tavernarakis.

HBio: A Biotechnology ecosystem with emphasis on innovation and entrepreneurship

Christos Dimas: We seek to increase Spin-offs and their impact on the Greek economy