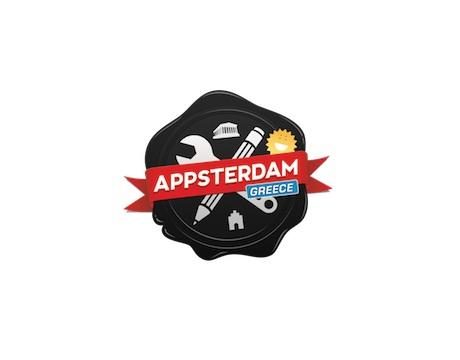 Stichting Appsterdam is a non-profit meta-organization that provides common ground for all App Makers (people or organization that contribute to the creation of apps, be they engineers, designers, businessmen, lawyers, or marketeers), regardless of platform, occupation, or business model, in Amsterdam and beyond. Appsterdam aims to build a structured ecosystem of cooperating App Makers with Amsterdam as its center. After spending 2,5 years working on Appsterdam in Amsterdam two of its core members decided to set up an embassy in Greece. Since the summer of 2013 Appsterdam is full-time represented in Athens and is looking to become more active in other parts of Greece. The Appsterdam Greek Embassy is the 8th Embassy created since the start of Appsterdam in April of  2011 (Delft, Paris, Milan, Chicago, San-Francisco, Appsburg and Warsua).

Now Appsterdam Greece has announced the International Speaker Stage, a line of events and lectures that will host international members of the worldwide Appsterdam community in Athens, Greece.

The International Speaker Stage starts with Saul Mora who came to visit Appsterdam in Amsterdam in 2011, when it all just started, and has been dropping by on regular basis ever since. This year he decided to check out the Greek Embassy, meet the people, enjoy the food and give a talk before he travels to Amsterdam to present at MDevCon.

Mora is an independent iOS and Mac developer for MagicalPanda. He is the original author of MagicalRecord, a popular open source library helping to make sense of the Core Data framework. Saul produces the popular podcast for iOS, Mac and Cocoa developers, NSBrief. He also heads up the Denver Cocoaheads chapter and co-organizes iOSDevCamp Colorado, a semi-annual day of knowledge sharing and networking with Colorado’s iOS developer community.

The event will be organised on Wednesday 5th of March at 19.00 at The Cube Athens. Saul Mora will give a talk about “What’s the Next Big Thing for Mobile?”. Free registration is open here.