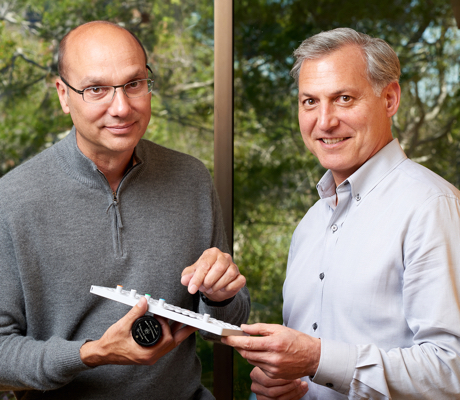 The announcement comes on the same day that Rubin’s startup incubator, Playground, disclosed that it had raised $48 million in funding from a number of investors, including Redpoint.

Rubin joined Google when his company, Android, was acquired by the tech giant in 2005. He spent most of his time at Google leading the Android division before moving to head up the company’s robotics efforts in December 2013.

After a total of 9 years with the company, Rubin announced that he was leaving in late 2014 to focus his efforts on incubating hardware startups.

The efforts appear to have paid off as The Wall Street Journal reported today that Rubin’s startup incubator, Playground, had raised $48 million from investors ranging from tech companies such as Google and HP, as well as Redpoint.

New funds and plans for Pockee

More than USD 5 bn invested by Venture Capitals in March