Τhe X-ray of the ecosystem: The sizes, the industries and the funding of Greek Startups 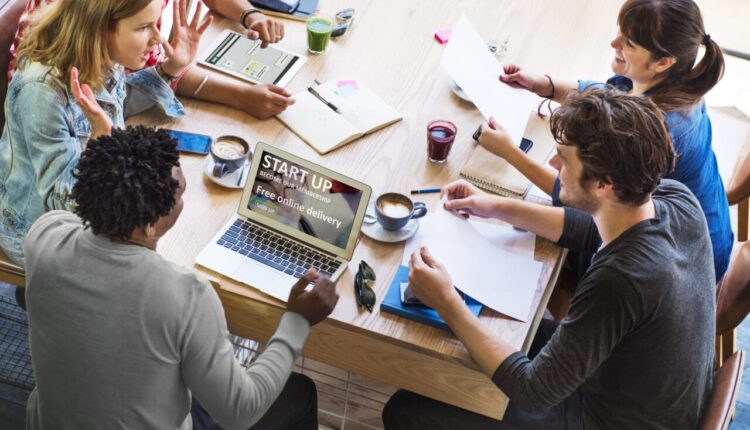 2021 is expected to be a landmark year for the domestic Startup ecosystem. Greek Startups performed very strongly overall, with funding hitting a record despite the ongoing challenges of the pandemic. The momentum that Greek Startups have consistently shown in recent years, against all difficulties, has laid the foundations for Greece to become a regional innovation hub, attracting, among other things, major large investments from abroad.

In addition, the contribution of the EquiFund financial mechanism, together with the associated venture capital funds, proved decisive this year. Through the partnership, VCs identified and invested significant capital in promising Greek Startups, while their “vote of confidence” to Startups also encouraged the participation of investors from the private sector, continuing the trend of the previous years.

Startupper presents the “x-ray” of the Startups that excelled this year, as well as their sizes with which they close a successful year.

The profile of the Startups at pre-seed and seed stages

According to the data of Found.ation and Velocity Partners, VC that specializes in pre-seed and seed financing, the majority of Greek Startups in these funding stages, requested funds of 400,000 euros or more, while the number of businesses that applied for capital up to 100,000 euros is quite low. Compared to last year, the number of Startups in the first category increased significantly. The percentage of companies that applied for capital between 400,000 and 500,000 euros amounted to 17.6% totally compared to 7.69% in 2020.

More specifically, in 2021, a significant shift took place in the size of the funds requested by Greek Startups that are on a pre-seed (ideation) stage seem to be asking for less funding. 45.9% requested funds of less than 100,000 euros. The funds requested by Startups on a pre-seed (prototype) stage increased, with 40% of businesses applying for funds from 500,000 euros to 1 million euros, compared to 33.3% in 2020. This year, businesses that are on a pre-seed (MVP) stage, which no longer seem to be interested in amounts less than 200,000 euros as was the case in previous years. Overall, Startups on a seed and post-seed stage, are asking for bigger funds from investors than in 2020. 3 out of 10 seed and 7 out of 10 post-seed Startups asked for funds of more than 1 million euros. Of course, so did the Series A businesses.

Regarding the markets where Startups operate, the B2B market for products and services is at the top of the preferences of new Startuppers (56.3%), while in the second place of the relevant list is the B2C market. At the same time, the number of companies operating in the C2C market, such as online marketplaces, is on an upward trajectory, a result, among other things, of the acceleration of digital transformation, a need that came to the forefront mainly after the the outbreak of the pandemic.

As far as the sectors chosen by Startups are concerned, the life sciences sector (healthtech, biotech) maintains the lead this year with a percentage of 14.8%. In the last 3 years the life sciences sector has been experiencing particular growth, being the most popular among Startups. This is followed by the retail and e-commerce sector (13%), which has strengthened significantly due to the pandemic and the shift of consumers towards online shopping. At the same time, the health crisis has boosted the upward trend of agritech/foodtech and deeptech, with the two sectors rising by almost 3% in one year. The percentage of Startups operating in the field of tourism and hospitality increased marginally, which proves that the country’s “heavy industry” is recovering after the shock of the pandemic. According to Velocity Partners data, the maritime tech industry also showed a special dynamic this year. The percentage of Startups in the industry has almost doubled compared to 2020, as more and more Startups see large opportunities in this industry.

Regarding investments in Greek Startups, regardless of stage, 86% came from VCs, cooperating with EquiFund but also outside the mechanism, while the remaining 14% came from “angel investors”. 33.7% of investments came from the Countries of the European Union, 27.9% from the USA and 15.1% from Greece.

The profile of the 10 Startups that raised the biggest funding

According to found.ation and Velocity Partners data, the average age of the top 10 Startups for 2021 is 7.1 years. The aforementioned companies employ between 51 and 100 employees, while in terms of financing, they have participated on average in 3.8 rounds, securing capital from 8.5 investors. The top 10 Startups of this year are active outside Greece, maintaining a presence on average in 5.5 countries while it is worth mentioning that three out of ten have a branch in the United States.

As we head towards the end of the year, we can say with confidence that 2021 was an excellent year for the Greek Startup ecosystem. Overcoming great difficulties, Greek Startups are recording a steady growth path, while the data so far have shown that this dynamic will continue in 2022. Moving in this direction the Hellenic Development Bank has already announced that it will manage funds amounting to 1.5 billion against the backdrop of strengthening Startups. Moreover, the Ministry of Development and Investments hopes that the total resources that can be channeled, through the NSRF, to the Startups will be even greater.

Entersoft: Invests in a software development center in Patras with 60 new jobs